Getting to JNB from the Sheraton Pretoria Hotel

The easiest way to the airport is to use a taxi or Uber.  A hotel taxi will cost between $50 – $60 for the 28 mile trip one way to O. R. Tambo airport.  I prefer taking the Gautrain, which is the mass transit system connecting Pretoria and Johannesburg.   The Gautrain is fast, clean, and comparatively cheap.  The fare from Hatfield station to Tambo airport (JNB) is R146 or about $13.  I took a taxi to Hatfield station and that is R70 or $5.60.  A hotel taxi is slightly more.   In addition, the reloadable Gold Card costs a R14 one-time fee. 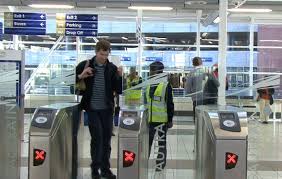 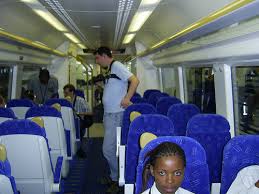 Trains run every 10 to 20 minutes, with more frequency during rush hour.  My trip was near the end of rush hour but the train was still very crowded for much of the route.  There are uniformed police on all the platforms and the train seems very safe.   Gautrains stop running around 8:00pm as many do not want to be out at night in South Africa.

After boarding at Hatfield I changed trains at Marlboro Station.  The platform for trains to Tambo airport are clearly marked.

From Marlboro it is a short journey to the airport.  The total travel time is about 45 minutes.  At Tambo, the check-in counters are located downstairs from the station.

After checking in and clearing security and customs, the S(h)ongolo Lounge is located to the left towards the Virgin Atlantic (VS) and DL departure gates.  As a passenger with Skyteam Elite Plus status I have used the nearby AF/KLM lounge on several occasions on trips out of JNB.  The recently acquired Citi Prestige credit card includes a Priority Pass Select membership that provides access to over 600 airport lounges world wide.

The lounge was decorated in an African theme.  Seating was plentiful but electrical outlets were scarce.  That was the only negative as there was a well-stocked bar and a hot buffet with chicken, beef and pork plus rice.  In addition, cold sandwiches, fruit and packaged snacks were available, too. 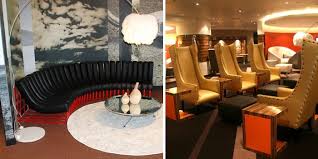 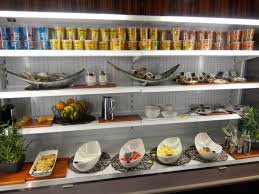 The wifi speed was more than adequate.  Showers are also available in this lounge.

After about thirty relaxing minutes in the lounge it was time to head to the gate for the trip to London Heathrow on Virgin Atlantic.