Now that my flying is complete for 2015 it is interesting to look back to see just how much I’ve flown over the past year.

Since 2011 when I started keeping stats, Fight Memory shows I’ve flown 1,263,067 miles or more than five times the distance from the earth to the moon and over one percent of the distance between the earth and the sun.

The map of my 2015 international travels looks like this:

The 2015 domestic flights were:

Many of these international and domestic routes were flown multiple times.

I flew into and out of 48 airports in 21 countries on 15 airlines.  American and Delta were the airlines I flew the most used by far.

I had 18 flights on Korean Air.

There were several airlines and one airplane type (B787) that I flew for the first time in 2015.  I enjoyed many great flights, but without question, the best flight experience I had was my first international first-class flight.  This New York to Hong Kong flight was also my first flight on Cathay Pacific.

I was very pleasantly surprised by the four flights I took on Aeroflot.  The service and meals were fantastic in first class on relatively short intra-Europe flights.  You won’t find these amenities and meals on Air France/KLM or other EU carriers on flights within Europe. 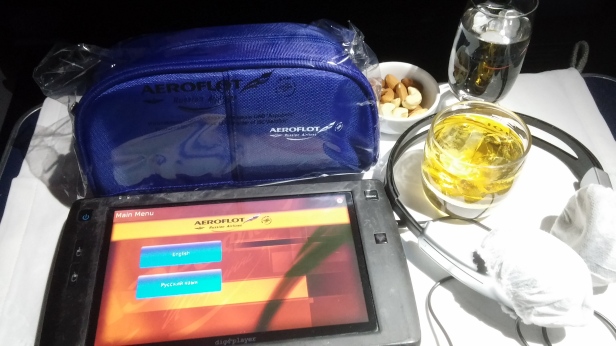 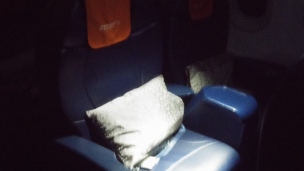 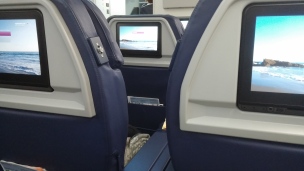 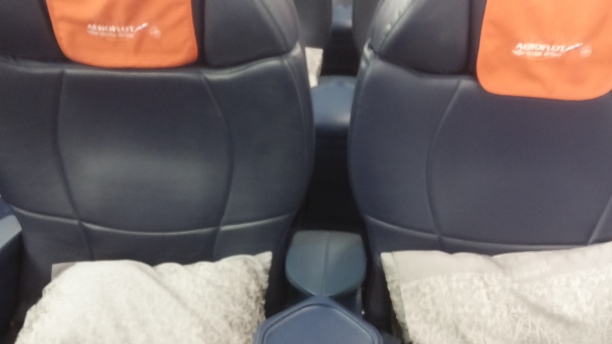 If possible, one thing I learned to try to avoid with Aeroflot is getting a bus gate in Moscow in January.

The other airlines I flew for the first time in 2015 were Kenya Airways, Philippine Airlines, Cambodia Angkor Air, Japan Airlines and Virgin Atlantic.  I flew Kenya Airways in business class from Mumbai to Nairobi and from Nairobi to Dubai. 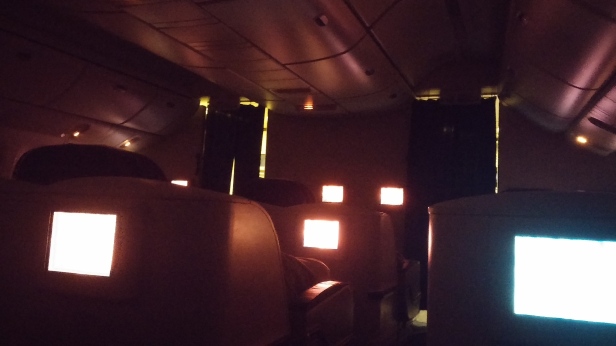 Except for Cathay Pacific and Kenya Airlines, all of the other flights on the new airlines were in economy class.

I had a number of flights within Asia in 2015.  There are many small Asian carriers that offer relatively cheap flights but outstanding service. Bangkok Airways is a regional carrier that calls itself a boutique airline.   It serves meals in economy on flights as short as one hour.  The flight attendants easily complete the service even when the planes are full.  To save time, they start the service by handing out towelettes before takeoff. 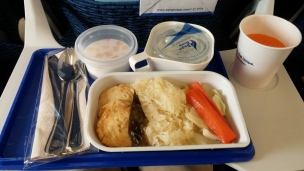 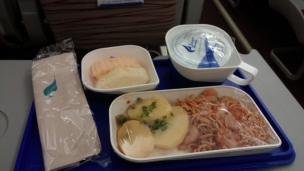 Bangkok Airways is unique in that all economy passengers can use its airport lounge where they provide  free wifi, light snacks and soft drinks in a quiet and comfortable setting. 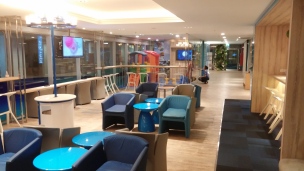 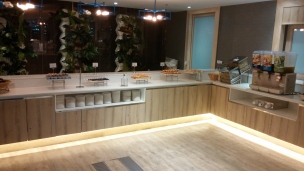 Cambodia Ankgor Air is a very small regional airline based in Siem Reap.  The nice thing about some of the small Asian carriers is that they are relatively new companies with newer fleets than most established Western airlines.

I almost always get an exit row seat on economy flights within Asia.  These seats are blocked until check in and for some reason other people just don’t request them.  There is more legroom than first class.  Usually, I’m the only one in the row. 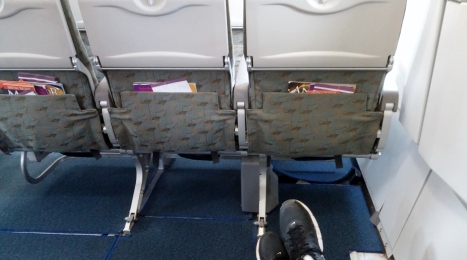 Who needs first class when you have this much room in coach?

I flew first class on Vietnam Airways because the price was about the same as an average coach ticket in the US plus I got extra Delta miles because Vietnam Airlines is a Skyteam partner. 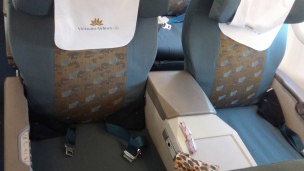 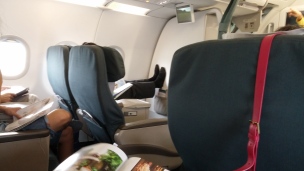 First class from Hanoi to Nha Trang on Vietnam Airlines 737

In 2015 I flew on a 787 for the first time.  I really like the windows where you can adjust the opacity to darken the cabin for watching movies while still being able to see outside.

As a result of my flying in 2015, in 2016  I will have status as an Executive Platinum on American Airlines, and I will maintain Diamond status on Delta thanks to rollover miles.  In 2016, I plan to use miles and credit card points to fly first class on Cathay Pacific, Japan Airlines, Korean Air and I hope to have a flight on Ethiad in its first-class apartments.  What are your travel plans for the new year?  Cheers!