I need to catch up on a few trips and posts.  So much of these next posts that cover my trip to Taipei and Bangkok will be mostly photos.

This was my first visit to Taiwan.   I booked a great economy fare on Delta from Charlotte.  The fare was made even better because I was able to upgrade to business class seats by using a couple of my four Global Upgrade Certificates that I receive each year for qualifying for Diamond Medallion status.  The route for this trip was Charlotte (CLT) to Atlanta (ATL) to Seattle (SEA) to Tokyo (NRT) to Taipei.

The flight from CLT to ATL was delayed by an hour due to the flight from ATL being late.  There is no Delta Skyclub in CLT, but as a member of the American Airlines Admirals Clubs I could use their club in CLT to wait out the delay.

Once I arrived in ATL, the reason for the delay was obvious.

With time before my next flight I stopped at the Skyclub in Terminal E for a quick shower.  A shower always provides nice attitude adjustment before a long trip.

When the flight to SEA departed, the fog seemed even thicker than when I arrived in ATL. 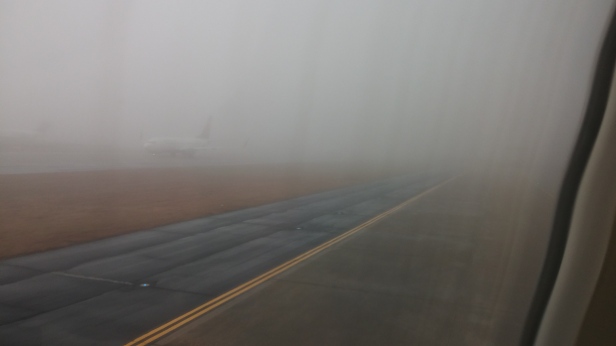 The flight attendants served breakfast about an hour after takeoff. 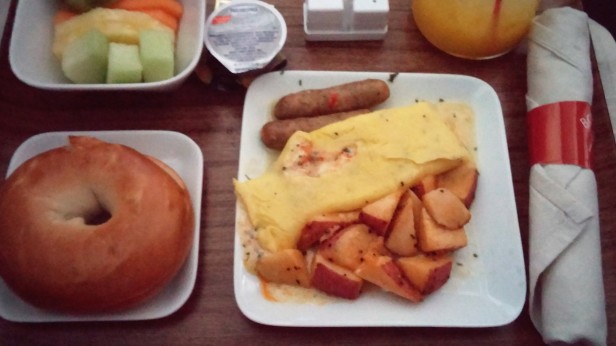 I always try to sit on the left side of the aircraft on flights to SEA for views of Mt. Ranier. 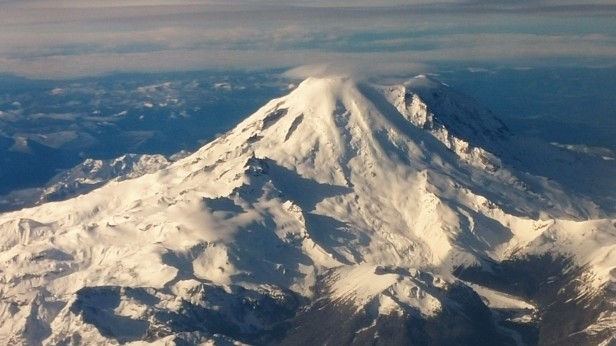 On this trip I was also afforded excellent views of SEA, Seattle and Boeing Field.

The downwind leg of the approach continued to downtown Seattle.

After the short base leg of the approach, the captain performed one last 90 degree left turn to put us on final approach to runway 16R.

I had a short time between flights but managed a quick trip to the Skyclub at SEA which I’ve reported on before. 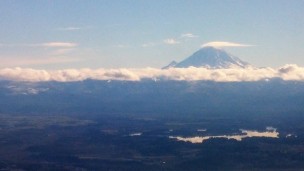 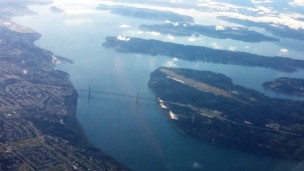 The seats on Delta’s A330 are larger and more comfortable than on the 767.

I enjoyed a predeparture glass of champagne.  Nuts were served in a package.

The flight from SEA to NRT is less than 10 hours.  As with almost all international flights there is only one main meal service.

I forgot to get a picture of desert.  Before landing, breakfast was served.

NRT is a Delta hub.  To my knowledge it is the only overseas hub operated by a US airline with connecting flights to countries other than in the US with widebody aircraft.  This is a legacy of Delta’s merge with Northwest Airlines.

Since Delta has a connecting flight operation here it is only natural that it also has a Skyclub, actually two in the satellite pods of terminal 1.

The NRT Skyclubs used to be the nicest clubs in the Delta system by far, but they have not been updated in years and can be crowded when the hub is busy. 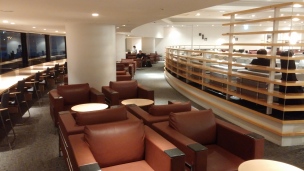 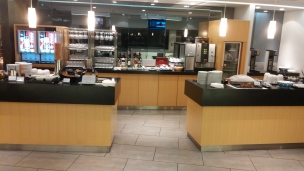 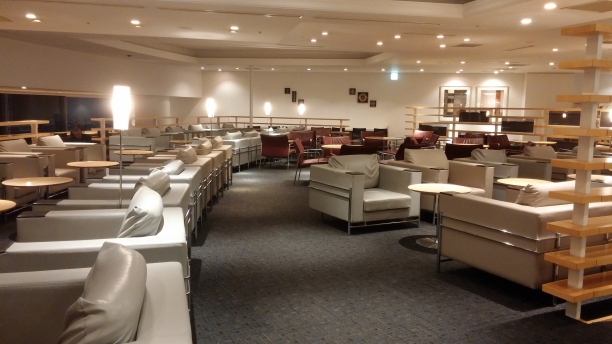 These clubs also have showers.   Unlike domestic Skyclubs, there is no charge for higher quality alcoholic beverages. 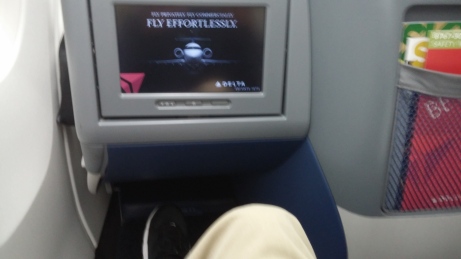 Service began before departure with the customary glass of champagne.

Because the flight was just over two hours, dinner was served all at once.  I chose the fish.

After dinner, I relaxed with a Woodford Reserve bourbon. 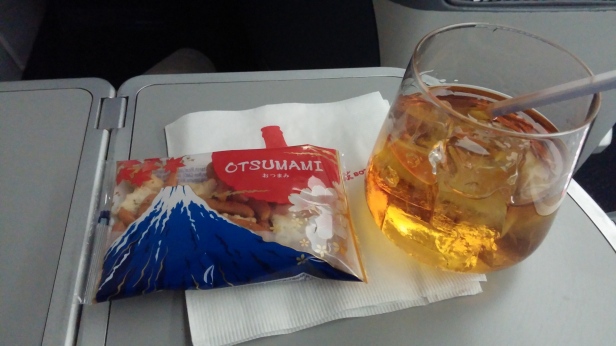 Soon we were descending and then landing at TPE.

Next I’ll report on my hotel and salsa dancing in Taipei.