Other post about this journey to Cusco,Peru, Machu Picchu, Punta Arenas, Chile and Patagonia include:

The Sacred Valley (Valle Sagrado) of the Inka- Trip Report

Nao Victoria Museo, Estrecho de Magallanes, Chile – Pictorial Trip Report – And New Thoughts on Who Was the First Person to Sail Around the World

Palacio del Inka is probably the most historic hotel I have ever stayed in.  It is built on the foundation of the Inka Acllahuasi, home of the Inka Virgins of the Sun.  After the Spanish conquest, the Acllahuasi was converted to a home for Francisco Pizarro and his relatives who served as governors of Cusco and the surrounding territories.

Palacio del Inka sits across the street from the remains of Temple of the Sun.

Five hundred years later, the five-star Palacio del Inka, a Starwood Luxury Collection hotel, occupies the site of the Acllahuasi and incorporates some of the original Inka walls in its structure. 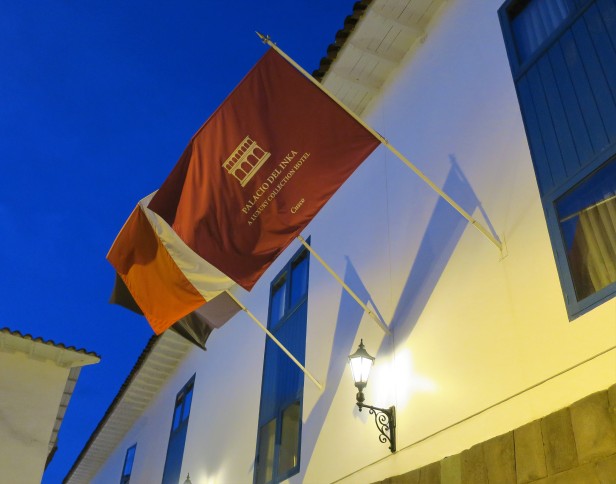 The interior is like no other hotel I’ve stayed at.

The elevation of 11,200 feet, more than twice as high as Denver, CO, is definitely noticeable.  When I checked in a middle aged Asian couple was sitting in the lobby breathing from a large oxygen tank that the hotel keeps on hand.

That was a little unnerving since travels have led me to believe that, in general, Asians are in good aerobic shape compared to most Westerners.  I had done a few extra hard workouts before this trip to prepare for the altitude.  Still, when I first arrived in Cusco, a few minutes of walking at normal speed would leave me sucking air.  This gradually improved.

My SPG Platinum status upgraded me to a 46 square meter, one and one-half bath Deluxe Suite.

The bed was firm and provided a good night’s sleep.  The sheets were high-thread-count cotton. 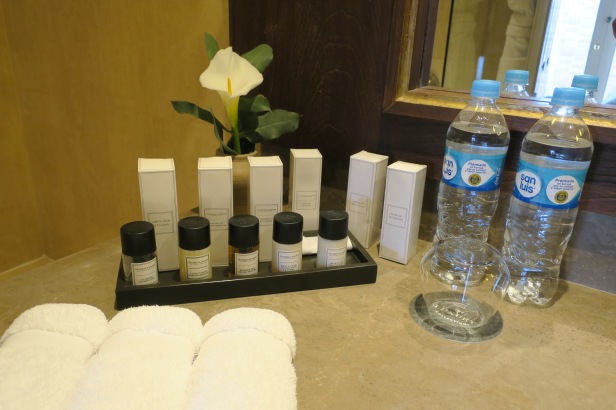 The living room and bedroom each had small terraces.  The terraces, however, did not have furniture and they did not afford good views.  The small and essentially useless balconies may have been an effort to preserve the original architectural integrity of the structure.

In the evening, a member of the staff provides a free hotel tour for hotel guests.  I was on a tour with a couple from Australia.  The guide was extremely knowledgeable of the history of the hotel and Cusco.  It was a great tour.  If you stay at this hotel, do not miss the tour!

The tour begins in the lobby and takes about one hour to complete.

The hotel is filled with artwork. Most works are copies by unknown artists.  Nevertheless the artwork establishes an elegant ambience. 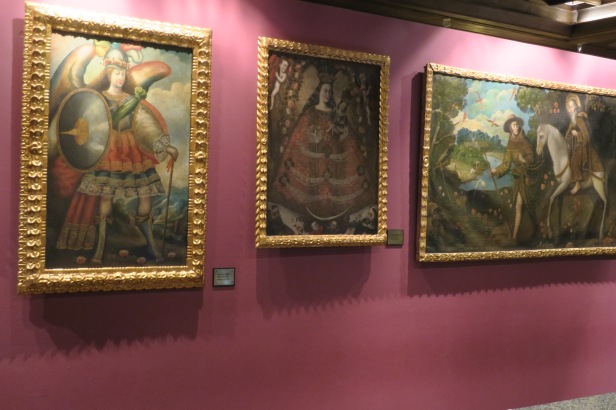 We passed the hotel bar, and our guide promised a treat here at the end of the tour. 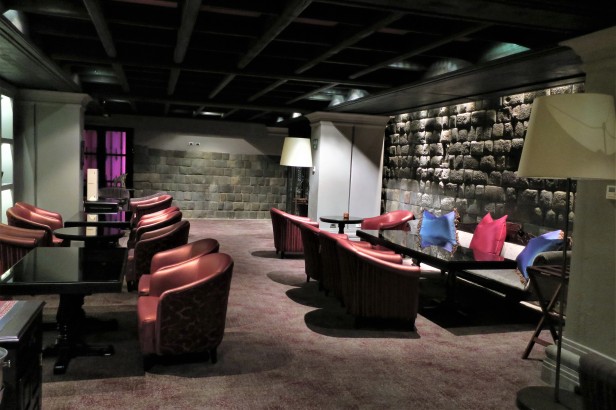 You can have meals al fresco in the courtyards.

I think this plaque relates some of the hotel history.

The bowl holds coca leaves.  During the time of the Inka, people chewed coca leaves while working and to stave off hunger since it was customary to have only one meal per day.  It is believed that the Inka used their ability to produce and distribute coca to amass and control the empire.

The tour concluded in the bar where our guide treated us to appetizers and pisco sours. 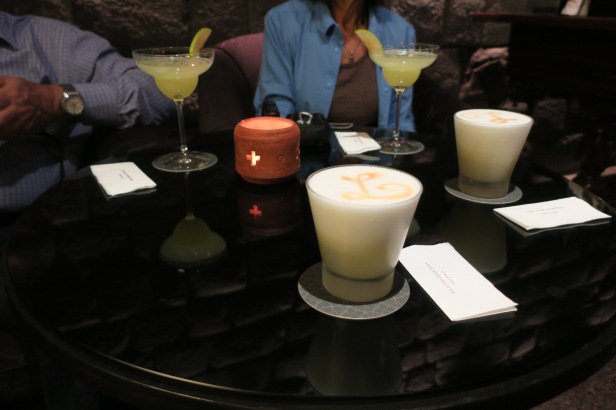 It was nice to have drinks and appetizers after the tour.  I wish the hotel could provide this to SPG Platinums each day without having a tour.  At over 11,000 feet, alcohol seems more potent.  Maybe that’s the reason the hotel refrains from providing much free booze.

The primary benefit for SPG Platinums, other than the nice upgrade, was a daily breakfast buffet. It is one of the best free breakfast buffets I’ve had in the western hemisphere. 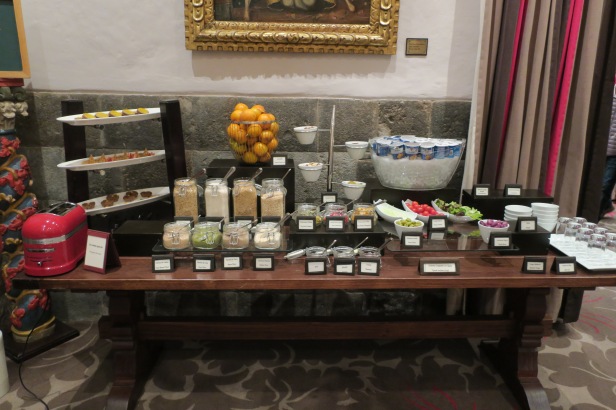 In addition to the buffet you can order from a menu. 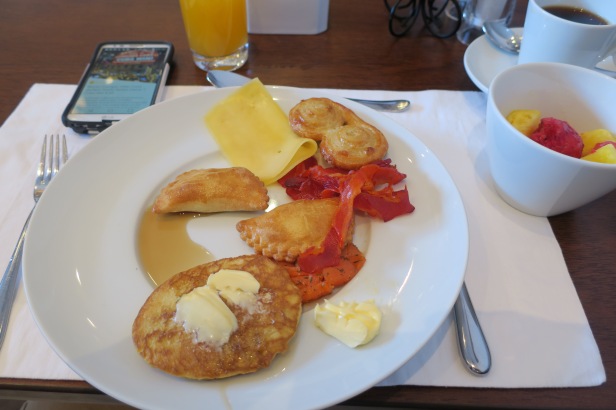 A unique feature for a breakfast buffet was live music.

I’ve stayed in many fancier and more expensive hotels with more luxurious suites.  Somehow the historic setting  and ambiance of Palacio del Inka Hotel made this perhaps the most enjoyable and memorable hotel stay of all.