One of the the most fascinating attractions in Punta Arenas, Chile is the Nao Victoria Museo on the Estrecho de Magallanes about 7km north of town.  The museum’s main exhibit is a full scale replica of the Nao Victoria, the only one of Magellan’s flotilla of five ships that completed the first around-the-world voyage (September 20, 1519 to September 6, 1522).

The museum commemorates Magellan’s voyage and passage from the Atlantic to the Pacific in November 1520 through the strait that now bears his name.

The Nao Victoria replica provides insight into life aboard Magellan’s ships 500 years ago. 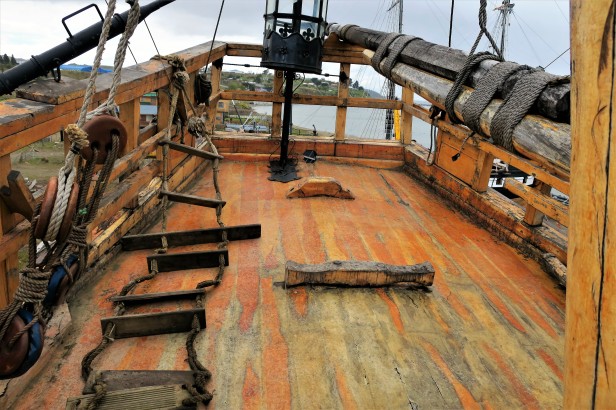 For the crew of 42, life, sleep and work was primarily below deck. 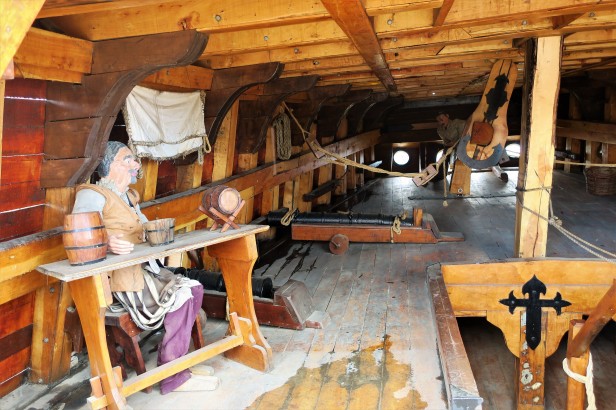 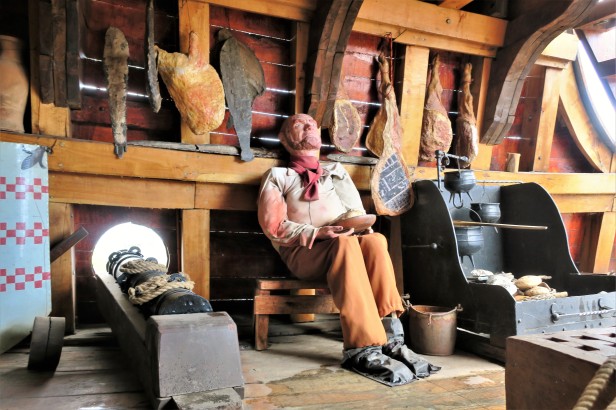 Anyone over five and one half feet tall would have a hard time moving around below. 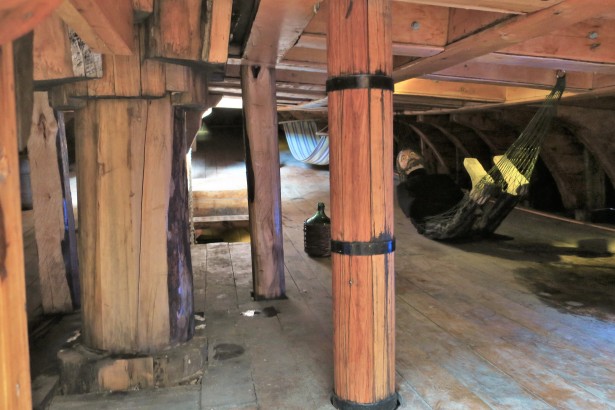 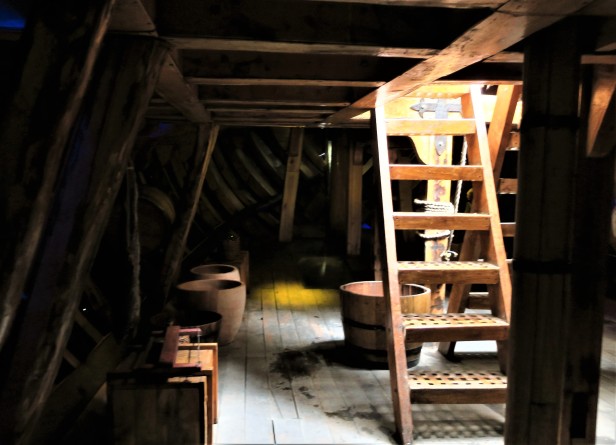 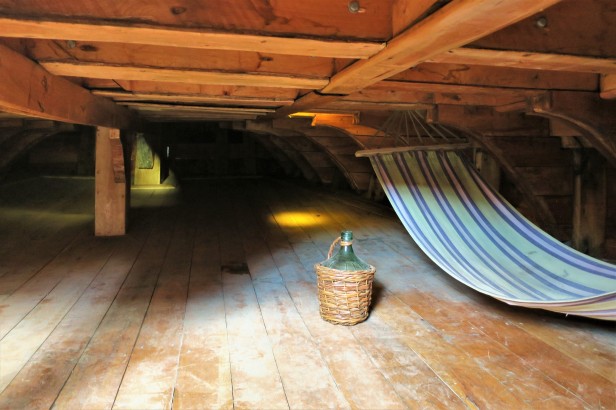 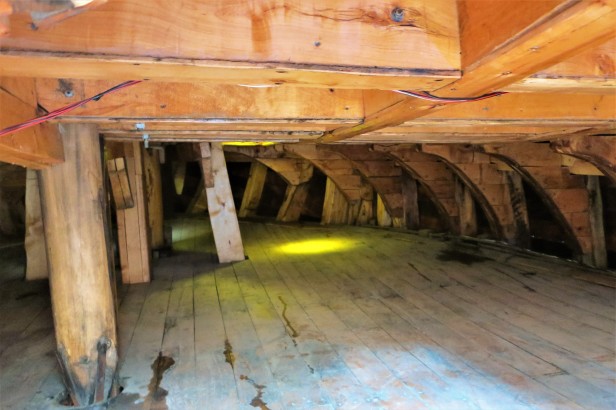 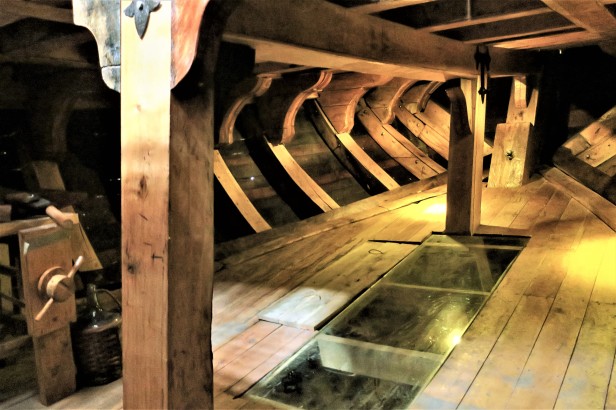 The captain’s cabin was private and roomy in comparison to the open deck and hammocks of the crew quarters. 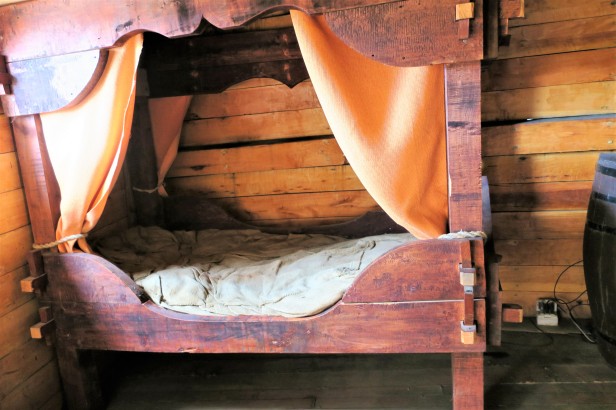 The Voyage of the Nao Victoria

Like Columbus, Magellan was a foreigner (Portuguese) who sailed for Spain.  Also like the voyages of Columbus, Magellan intended to find a westward route to the East Indies or Spice Islands, the area of present day Malaysia, Indonesia, and Brunei.   By treaty, Portugal had a monopoly on routes to the East Indies going around Africa.  At that time, spices like cloves, nutmeg and cinnamon were worth more than gold.

The Nao Victoria survived several mutinies, the death of Magellan, and the loss of the other four ships,   Two of Magellan’s five ship captains were executed for mutiny near present day Rio de Janeiro.  A third was marooned there.  In the Strait of Magellan, another captain deserted with his ship and crew and returned to Spain.  The flotilla then was down to three ships, one having been wrecked off Brazil.  After completing the twisting, treacherous 370-mile journey through the Strait, Magellan reached and named the Pacific Ocean. 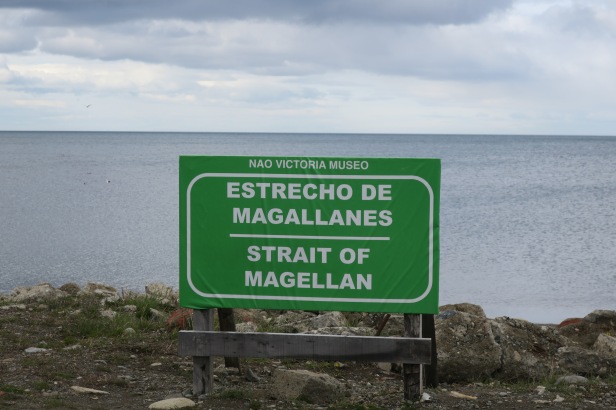 Magellan met his fate after crossing the Pacific and reaching the Philippines.  On April 27, 1521, Magellan was killed on Mactan attacking an enemy of a tribe that had befriended him.

Following the battle of Mactan and the other tribulations of the voyage, only around 115 sailors remained, an insufficient number to man the three remaining ships.  The Conception was burned.  The two remaining ships, Victoria and Trinidad, continued.  After leaving the Philippines, the Trinidad began taking on water.  It needed major repairs and was left in the Maluku Islands. After repairing the ship, the Trinidad crew attempted to retrace their route east across the Pacific to return to Spain.  The Trinidad never reached home being captured en route by the Portuguese.  On September 20, 1522, Nao Victoria arrived back in Spain with 18 survivors.

Who First Journeyed Around the Earth?

The obvious answer would be the crew of the returning Nao Victoria.  However there is another intriguing possibility — it very well could be Magellan’s slave, Henrique of Malacca.

Magellan captured and enslaved Henrique in 1511 during the Portuguese conquest of Malacca and brought Henrique back to Portugal.  Henrique sailed with Magellan on his final voyage. Following Magellan’s death, Henrique escaped from the expedition in the Philippines when the Spanish refused to honor the instruction in Magellan’s will that he be set free.

Finding himself relatively close to home and family after being abducted 11 years prior, surely Henrique would have returned home as quickly as possible.  Unless he perished on that journey, the slave Henrique would be the first person to complete a journey around the world.  Eurocentric historians, however, pay little attention to this near certainty because there is no further record of Henrique after he escaped.

Other Exhibits at the Museo

The Nao Victoria Museum displays other vessels that figured prominently in the history of the strait.

The most famous of these ships is Charles Darwin’s HMS Beagle. 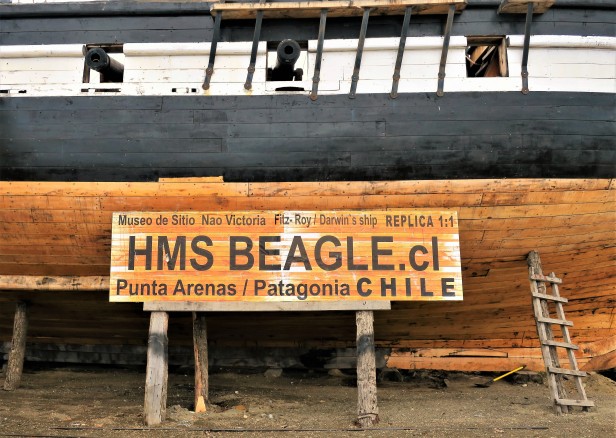 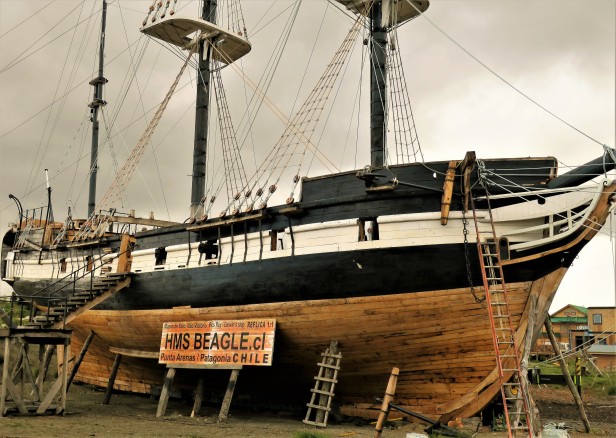 Starting in 1832, Darwin and the Beagle spent three years exploring and conducting hydrographic studies in and around the Strait of Magellan before proceeding to the Galapagos Islands.

For Chileans the best known ship at the museum is probably the Ancud. 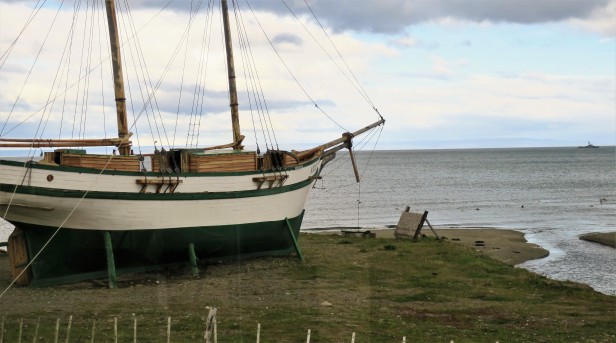 The Ancud established Chile’s claim to the strait.  Chile’s navy still patrols the waterway though there is freedom of navigation through and neutrality within the strait.

The smallest vessel at the museum is the James Caird, a lifeboat on Ernest Shackleton’s antarctic exploration vessel Endurance.  The James Caird is a small boat with a huge story to tell.

Just over 100 years ago when the Endurance became trapped in and crushed by pack ice, Shackleton and five others left the crew on Elephant Island and sailed the James Caird on a 22-day, 900-mile voyage to South Georgia Island.  It is one of the most amazing feats of seamanship and navigation in the history of exploration.  Shackleton landed on the uninhabited side of South Georgia and then he and two others crossed the mountainous interior without a map.  They reached the whaling station on the other side of the island.  It took several attempts, but the men on Elephant Island were rescued and brought to Punta Arenas.  Incredibly, all 27 members of the Endurance expedition survived the three-year ordeal.

The Nao Victoria Museo is one of the most interesting museums I have visited.   The displays are incredibly authentic and the stories behind them are compelling.  If you go, read up on the story behind these vessels.  There is a lot more than is covered in this post.  You will be impressed.

8 thoughts on “Nao Victoria Museo, Estrecho de Magallanes, Chile – Pictorial Trip Report – And New Thoughts on Who Was the First Person to Sail Around the World”