Other posts on this trip to Cuba:

Like many forms of music and dance, salsa combines diverse cultures.  Salsa serves as an important link between Cuba and America since (without getting into the complex influences and subsequent variations) what became known as salsa music and dance was developed in the 1950s and 60s in New York City by Cuban and American musicians.

As a fan of Latin music and especially salsa dancing, I was eager to check out the music scene in La Habana.   When I saw a brochure advertising dinner and a  show at the Buena Vista Social Club, I knew I had to go.

Both locations charge $30 for the show and three drinks.  Add $30 for dinner at Guajirito and $20 for the other location.

The Sociedad Cultural Rosalia de Castro is a large third floor venue situated around an open-air courtyard.  The awkward seating arrangement makes it very difficult for most to see and enjoy the show.

To compensate for the lack of good views of the stage, the performers circulate through the crowd.  But they are only near each table for a few seconds.  It was also hard to follow them in the crowd and they would suddenly appear out of nowhere at times. 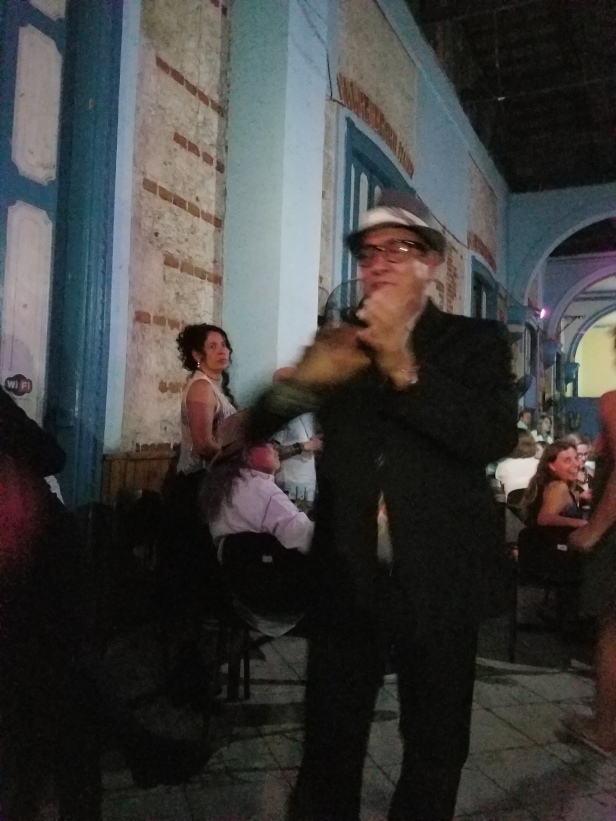 Here is the brochure for this location.

Due in part to the jumbled seating arrangement, the service was very slow.  In short, the experience at this location was very disappointing.  It was a big let down especially since I had such a great time at the Guajirito location a couple of nights before.  This location might be enjoyable if you get there early enough to have one of the few seats that has a clear view of the stage.

In contrast to the other location, everything at the Guajirito BVSC was fantastic.  The performers were even better or at least it seemed so.  The venue was smaller and it was indoors.  There was not a bad seat in the house.  As a single I was seated in one of the two small tables at the end of the runway. 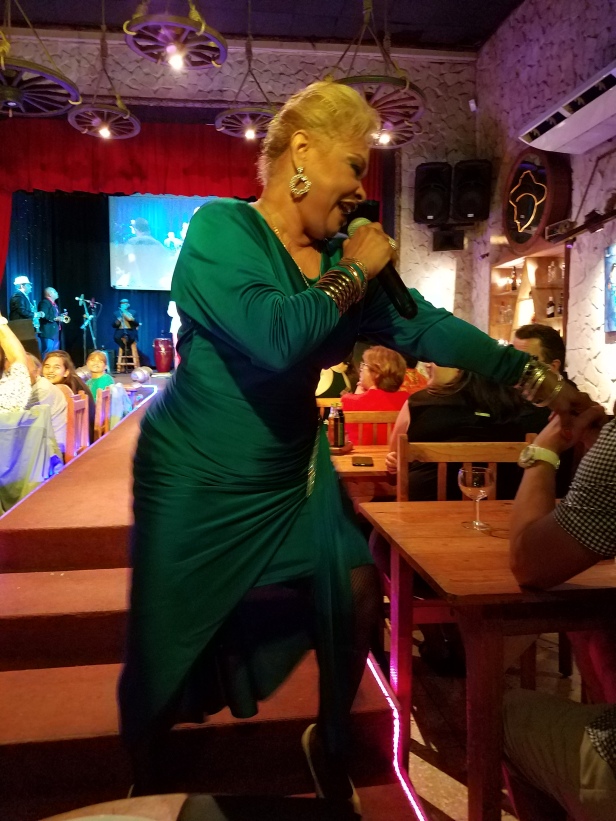 At this location dinner was $30 or $10 more than the other location.  Here the food was better and included a lobster appetizer.  I did not mind the overpricing as the music, the mood, and the mojitos made it all good.

The show was 90 minutes of non stop Latin and caribbean music including son, bachata and of course salsa.  Two dancers made the music come alive with their Cuban salsa routines.

At the end of the show, the audience was encouraged to form a conga line that wound through the restaurant and onto the stage. 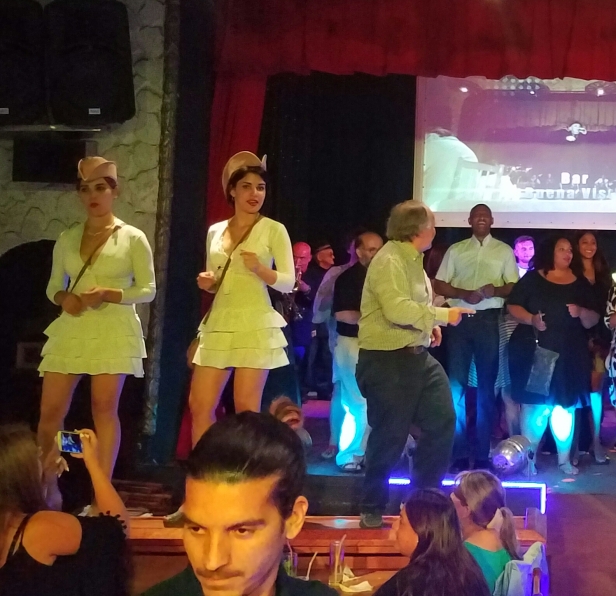 As is evident from the photos (and in contrast to the Sociedad Cultural location), at the Guajirito location everyone had a great time.  It was well worth the $60 admission price.

Taking in the show and dinner at the Guajirito location of the Buena Vista Social Club is a must for fans of latin music and dance and for anyone else who enjoys music and having a good time.  On the other hand steer clear of the BVSC at Sociedad Cultural Rosalía de Castro.