In the last few years wild animals have killed or seriously injured several tourists and guides in Kruger National Park and other parks and game reserves in South Africa.  Park rules make it clear that visitors are responsible for their own safety.

The Tsonga lived in this area for centuries until they were relocated in the early 1900s.  Now humans enter on a temporary basis only.

Kruger National Park covers an area of over 7,500 square miles in northeastern South Africa.  It is one of the world’s largest national parks.  It is roughly 220 miles long and 40-56 miles wide.

The day of our safari began with a 05:00 wake up and a light breakfast at Thornhill Safari Lodge.  We departed Thornhill Lodge at 05:45 for a chilly, one-hour, 40km drive to the Kruger Park Orpen Gate.  We arrived just after daybreak.

We had been driving inside the park for only a couple of minutes when we were startled to come upon a family of lions on a slope less than 25 feet from the road.

We stopped in this location for about 30 minutes enjoying the amazing show these lions were putting on.  Even with only a cell phone I got some great photos. 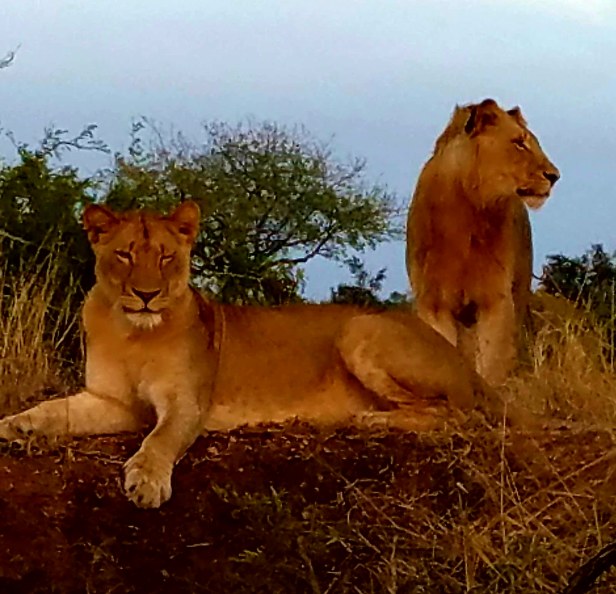 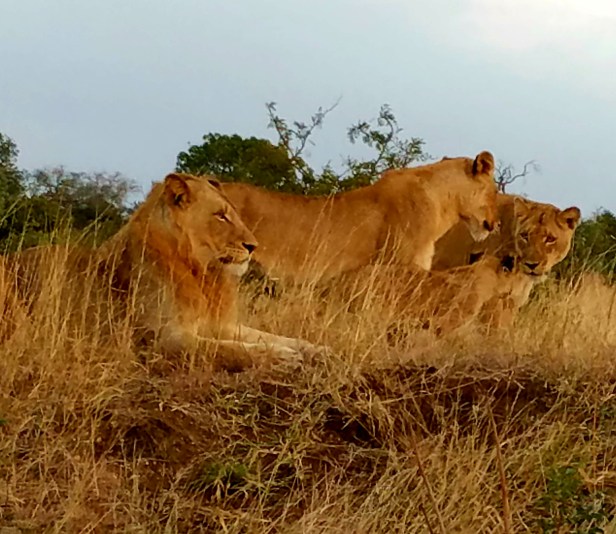 The lions were using a small tree near the road as a perch for stretching and checking out the nosy humans. 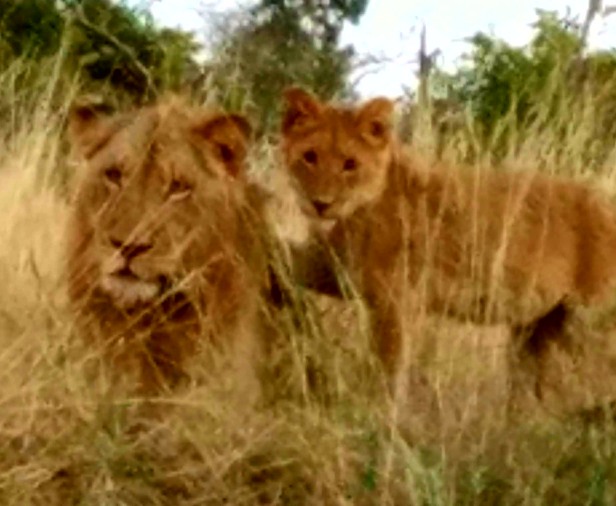 The guide was taking as many pictures as the tourists.  That is a good indication of something special.  From discussions with other groups we met during the day, it seems that this was the best lion sighting in the park that day!

After taking tons of photos we continued deeper into the park.  The territory in the vicinity the Orpen Gate is primarily savanna or veldt populated by grazing animals, lions and other predators. 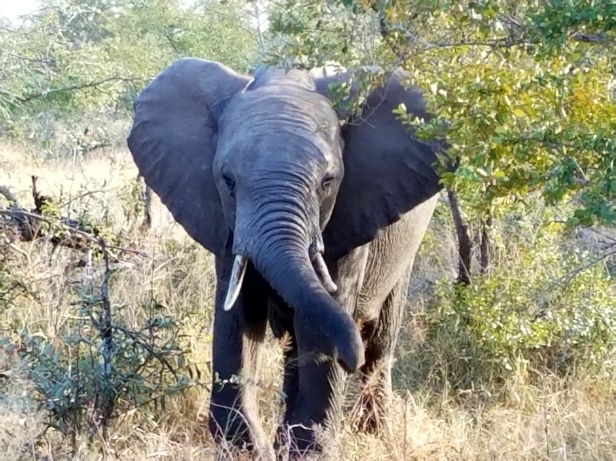 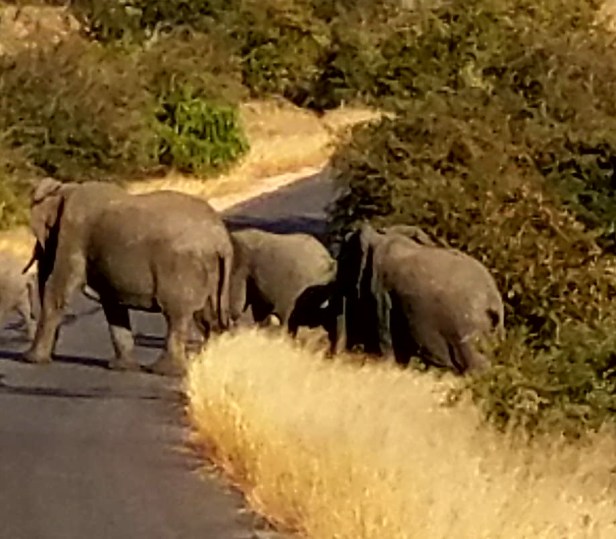 Around midday we came across a very sad sight.

Our guide reported that one or two rhinoceroses are poached in the park almost every night.  The poachers usually come from nearby Mozambique.  One rhino horn fetches $60,000 on the black market. 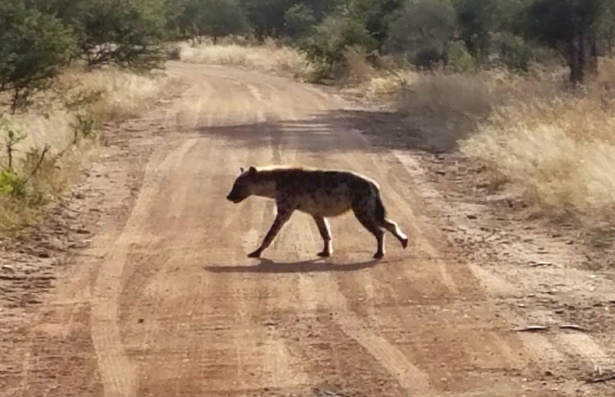 Crocodiles could be found on the banks of many of the rivers.

We saw hippos, sort of.  The guide pointed out one that was submerged.  Hippos spend the day in the water.  At night they venture inland looking for grass.  Hippos are extremely aggressive.  They are the deadliest animal in Africa for humans after the mosquito. 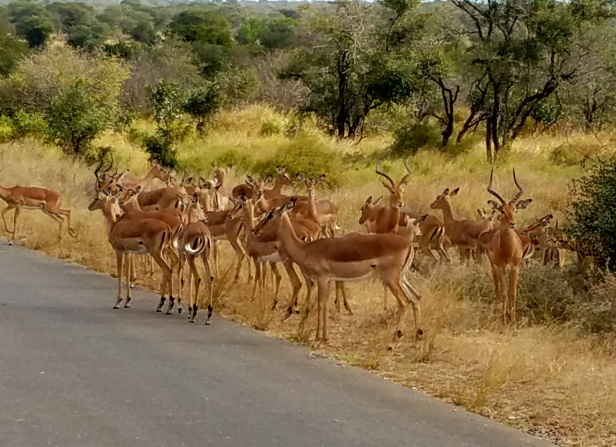 During the safari we stopped at fenced rest areas and camps for a mid-morning snack and lunch.

For lunch we stopped at the Satara Camp.  A fenced area with lodging, restaurants, gift shops, fuel, and even a car wash. 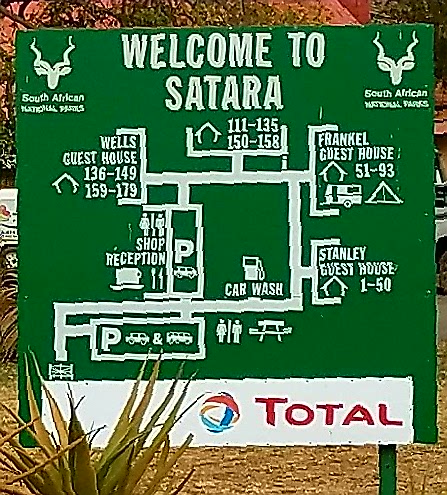 We left Kruger just after 17:00 and arrived back at Thornhill Safari Lodge round 18:00.

It was an incredibly awesome experience to be with these magnificent animals in their natural habitat.  Seeing them in a zoo or even a wildlife park is totally fake, to use an overworked term.  It is truly impressive that the Tsonga people coexisted with them for thousands of years growing crops and raising livestock without the benefits of modern technology like guns and motor vehicles.