Concourse A has three Priority Pass lounges: one Asiana Business Class lounge, one Sky Hub lounge, and one KAL/SkyTeam  lounge.  Other posts about the lounge crawl and flight from ICN to Detroit, MI in Delta’s fantastic Delta One 747 upper deck:

And here is a post about the best business class seat on Korean Air, the 777-300 Prestige Suite. 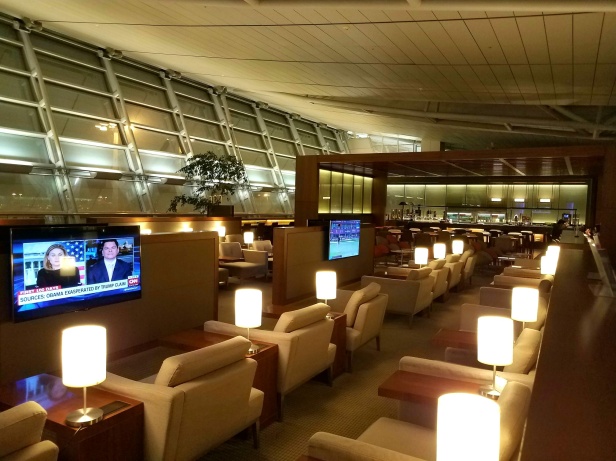 Seating and decor are comparable to a first class lounge.  The lounge also has great  showers and comfy massage chairs.  Hours are 05:00 – 00:00 daily. 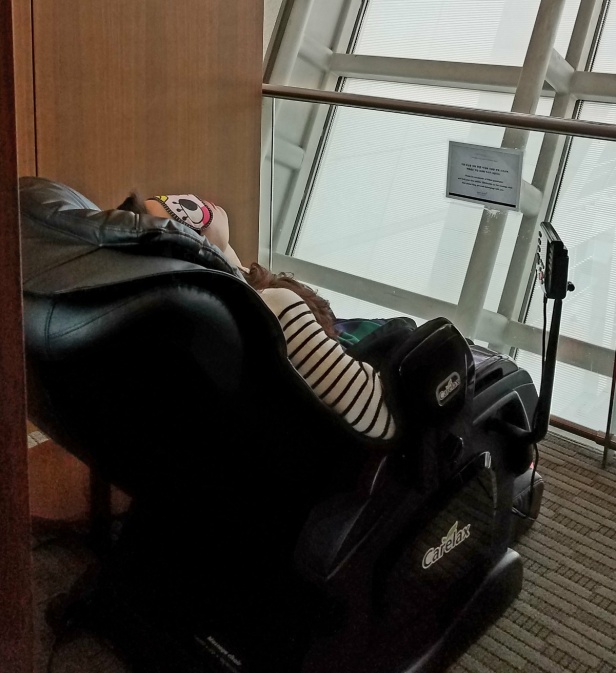 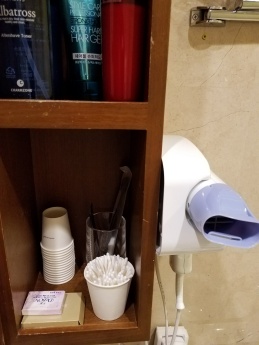 In the morning, a chef prepares waffles.

Asiana lounges also have the highest of high-tech toilets.

This is the nicest Priority Pass lounge in the Main Terminal.  I recently reviewed this lounge in greater detail.  If this is Asiana’s idea of a business-class lounge, one day I must see its first-class lounge at ICN!

Update:  After a flight in first class on an Asiana A380 from JFK in late summer 2018, I spent a few hours in the Asiana First Class Lounge at ICN.  As stated in that review, other than a better buffet and always being uncrowded, there is little difference between Asiana’s first- and business-class lounges.  Actually, I like the decor of the business-class lounges more.

Asiana’s business-class lounges are a great advertisement for the airline.  Unless Asiana was having a problem with overcrowding (something I’ve never seen here), it may be a mistake to now require flying Asiana to get Priority Pass access.  I’ve never flown Asiana, but the quality of its ICN lounges makes me want to fly them sometime.  I don’t think I would have the same desire without visiting an Asiana lounge.  Also, the opening of the beautiful and efficient ICN Terminal 2, which is used exclusively by Korean Air and a few Skyteam partners, puts Asiana at a competitive disadvantage.

The new lounges for me on this crawl in the Main Terminal were the Matina and Sky Hub lounges.

While the Asiana business lounges have superior decor and facilities, the Matina lounge and Sky Hub lounges have a wider food selection.

In addition to a good buffet, the Matina Lounge offers wifi, newspapers, fax, showers, and alcohol.  The fax and shower facilities are subject to a fee.

The Matina Lounge in the East Wing of the Main Terminal is located on the 4th floor opposite Gate 11.

This lounge has the same hours, services and food and beverages as the the West Wing Matina Lounge.  The Matina Lounges are essentially lobby lounges for the transit hotel. 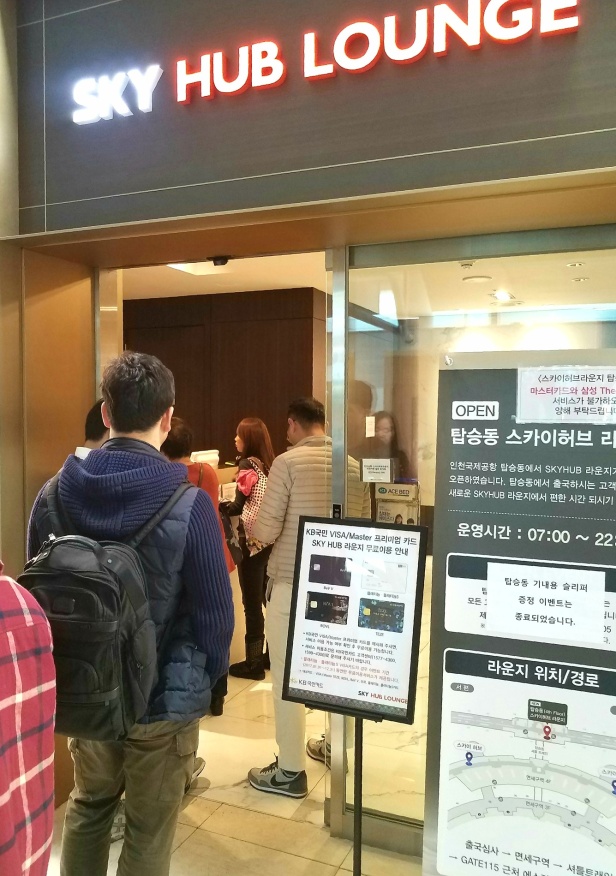 Sky Hub Lounges in the Main Terminal have good food and beverage options.  It was easy to create a full and satisfying breakfast from the selection of continental breakfast items and breakfast entrees.

Alcohol was available for the crawl but with a limited selection.

Seating is comfortable and plentiful. 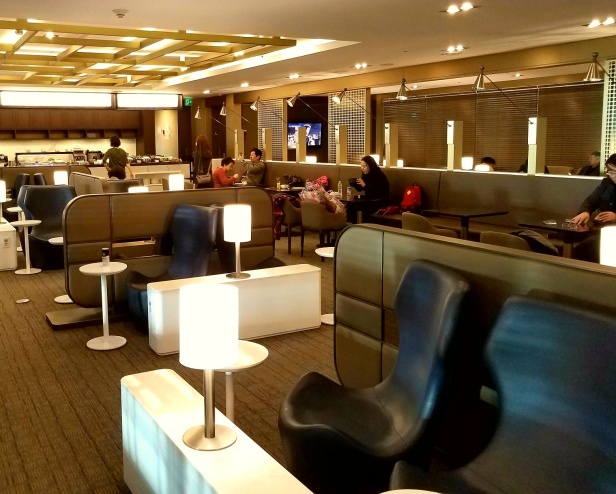 One can have a great lounge crawl with Priority Pass in Terminal 1 Main Terminal at ICN.   Of the five lounges, the Asiana Business Lounge has by far the best look and facilities as well as agents who can help with flights for those flying Asiana.  The waffles at Asiana’s morning waffle station are delicious, but there is not much in the way of desirable breakfast entrees other than that.  The Sky Hub and Matina Lounges have better food. My recommendation, for those with limited time, is to visit one of the Sky Hub Lounges for food and then spend the remaining time enjoying the comfort and elegance of the Asiana Lounge.  After January 1, 2018 in Terminal 1, unless flying Asiana, Priority Pass members should visit a Sky Hub lounge.

Have you ever tried a Priority Pass lounge crawl?  I think Bangkok (BKK) would be a challenge.  There are 13 Priority Pass Lounges on the international concourses.