To qualify for its top tier frequent flier status, Delta Airlines requires spending $15,000 on Delta tickets not including taxes and fees.  That is a lot of money for someone like me who is not flying on the company dime.  Thanks to a God-awful amount of rollover miles, I maintained my Diamond status because Delta waived the MQD requirement for those who spent $25,000 in a calendar year on its American Express credit cards.  Beginning in 2108, Delta raised the spend amount to $250,000.  Even though there is the possibility of a one-time waiver, you’ve got to be friggin’ kidding me!

As explained previously, another way to meet the Delta spend requirement is by flying a Delta SkyTeam partner and crediting the flights to Delta where the dollars are calculated on a percentage on the distance flown, not on the price paid for a ticket.

That was the reason for flying two round trips from ORD to LIM with stops in MEX in which I enjoyed, by and large, eight flights on AeroMexico 737-800s.  Each business-class ticket cost $536.  Those trips provided a great opportunity to try out AeroMexico’s seats and service on that plane.

Here’s the information AeroMexico puts on its IFE system about the 737-800.  I trust this information more than the info on the website which says that the 737-800 cruises at 321 mph. 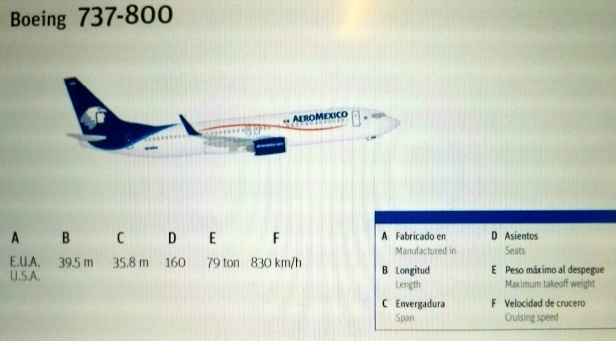 These planes have 16 Class Premier business-class seats configured in a standard 2-2 fashion.  The seats have 39 inches of pitch and 21 inches of width.

These seats have footrests either incorporated into the seat or as a foot bar mounted on the seat in front.

The 737-800s have IFE.  That is good.  Unfortunately the apparatus for it takes up almost all of the room under the seats.

IFE is either mounted on the seat back or stowed in the armrest between seats.

The headrest has multiple adjustments so finding a comfortable position should be easy.

A/C power is provided at outlets between and below the seats.  USB power is on the video screen and/or at the seat. 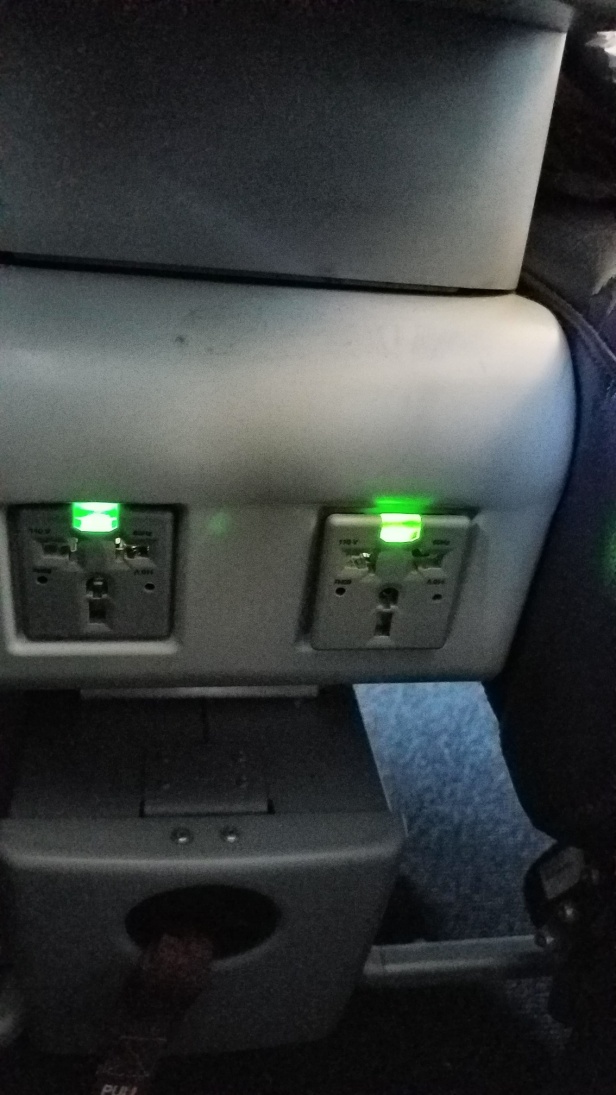 The longest flight is from MEX to LIM.  It is a little more than five hours and 2,600 miles.  These seats are comfortable enough for a flight of that duration.  Still, it is always nice to sit beside an empty seat.  Some of the flights were full in business class and others more than half empty.

I like sitting by the window for the views.  When there was someone sitting in the aisle seat, getting up for a bathroom break or stretching the legs was slightly awkward.  I had a seatmate on only a couple of flights.

AeroMexico manages an orderly boarding process.  It uses several lines that are clearly marked.  Boarding at ORD and LIM is the smoothest although they tend to ask passengers to line up as much as 20 minutes before boarding actually begins.

Connecting at MEX requires going through C & I.  That is normally not a big deal.  AeroMexico gives out forms onboard.  My experience was that MEX C & I was no big deal except for one early morning arrival when the line was absolutely horrendous.

It took almost 30 minutes to pass through, and that was after they let foreigners use the lines for Mexicans.

AeroMexico places helpful diagrams on the IFE system that will assist in navigating Terminal 2 on layovers. 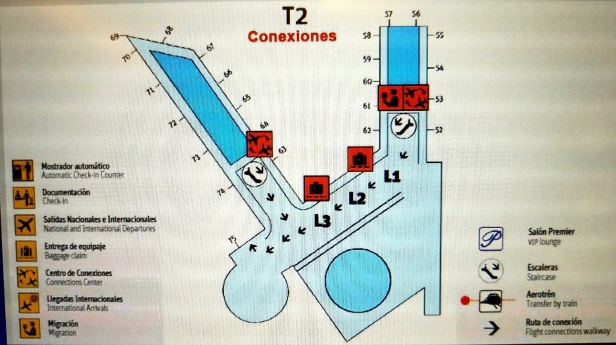 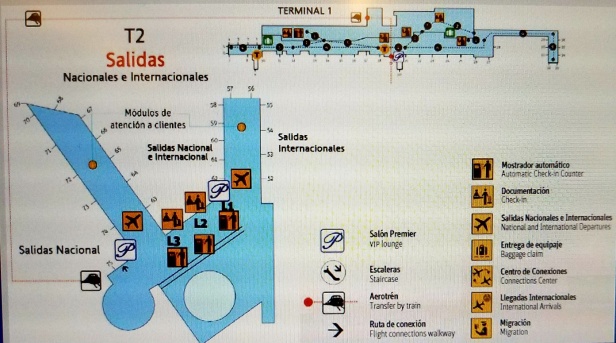 Here are some of the more interesting sights while I was collecting mega Delta MQDs on this run. 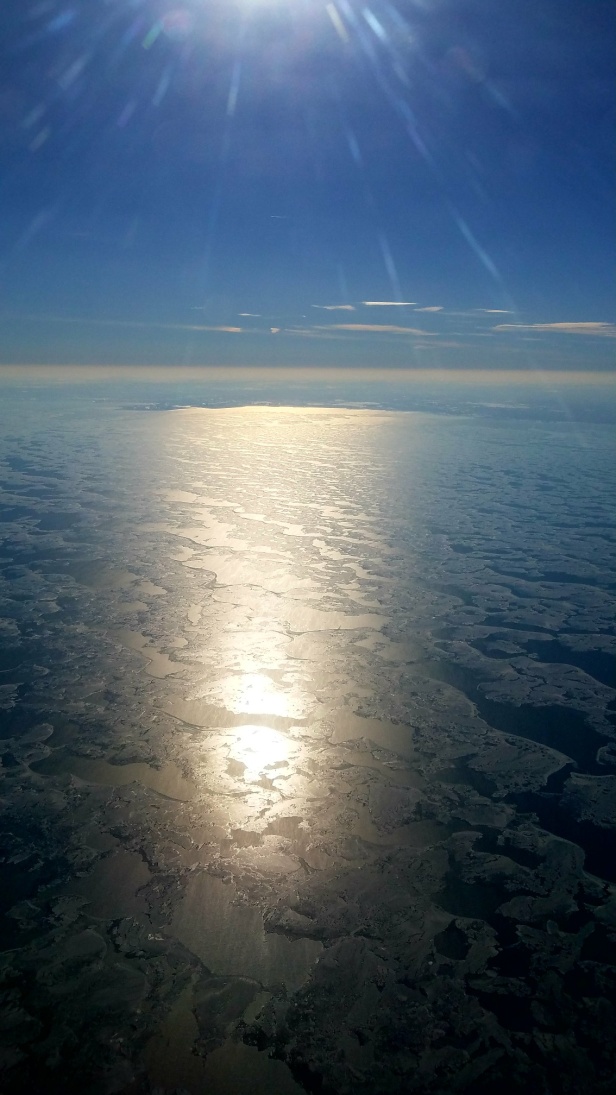 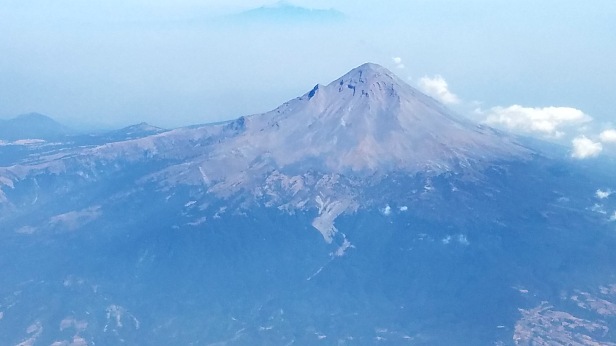 For the money, this was a good way to get the MQDs necessary for Delta elite status.  AeroMexico Class Premier offers seats on the 737-800 that are slightly better than U.S. domestic first class seats in comfort and features.  Don’t count on storing backpacks under the seat in front because IFE boxes occupy just about all of the room under most business-class seats.

Next posts will cover the service on the flights, the AeroMexico lounge at MEX, the Sumaq lounge at LIM including the American Express Centurion Lounge at MEX Terminal 2.