This post primarily covers the food and beverage service on the AeroMexico (AM) flights on the run between ORD and LIM to earn Delta Medallion Qualification Dollars (MQDs) cheaply.  It is an abbreviated post because a few days ago a thorough one was lost to internet oblivion in the China eastern VIP 36 lounge at Shanghai Pudong (PVG).  The hard product was covered in the prior post.

(See this post for a review of AeroMexico’s MEX – CDG 787-9 Class Premier seat and service.)

The service on AM 737-800s followed a standard pattern.  Pre-departure beverages of juice or water was offered on each flight.  Once airborne, the flight attendants (FAs) first handout earbuds for the a/v system.  Bring your own headphones if you would like decent quality audio.  Then FAs distribute immigration forms.

The real service starts with hot towels.  Then, on some flights, the FAs provide menus.  A beverage service follows and then a meal, if any.

Here are the menus that were given on ony two of the eight flights. 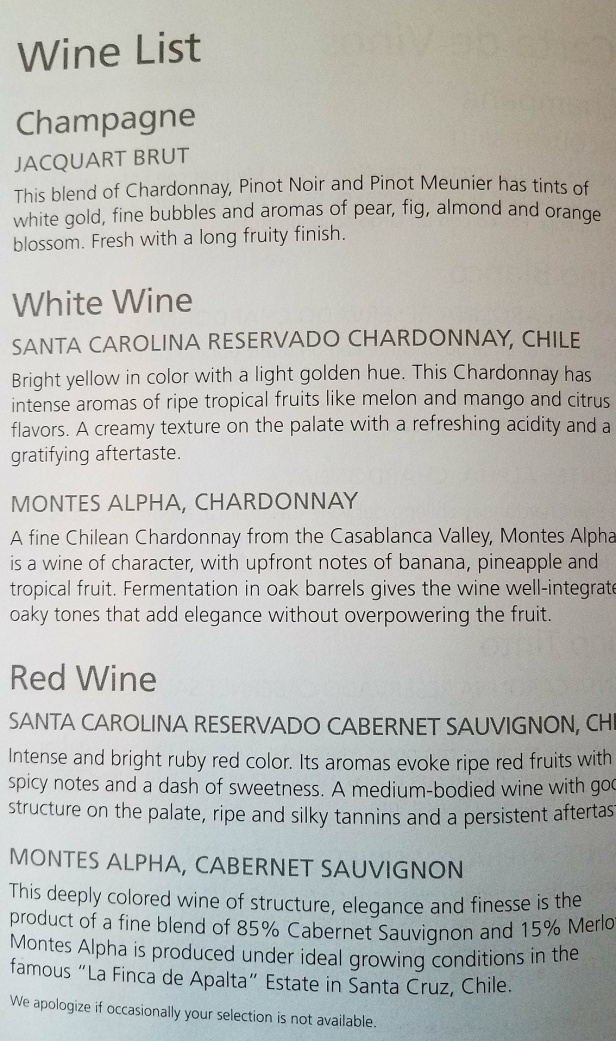 Most flights were late night or early morning involving a snack or breakfast.

The late-night snacks were pretty good.

For me, breakfast is the least appetizing meal on a plane.  Maybe the cabin altitude affects the taste of this meal more than others.  Whatever it is, breakfast usually sucks.  And the AeroMexico breakfasts were worse than most.  They tasted like something that might come from a microwave at a 7-11 convenience store.

One flight from LIM to MEX had a breakfast option that was not on a menu that I saw.  The FA mentioned it when taking the breakfast order.

Only one of the eight flights included lunch or dinner.  That was from MEX to ORD.  No menu was provided.  As with all of the other meals, dinner was served on a tray all at one time. 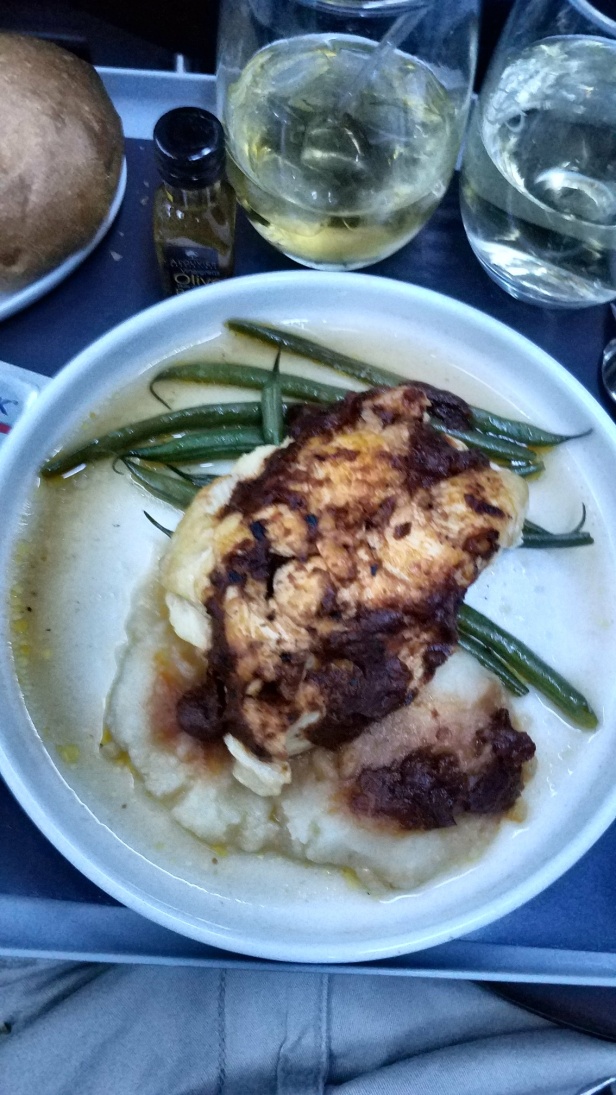 Dinner was also pretty good, at least compared to the breakfast offerings.

Beverages and assorted nuts were usually offered only before meals.  After the meal service, it was often necessary to call an FA to get more to drink.

I liked the fact that AeroMexico serves Black Label scotch.  Black Label appeared to be the best of the alcoholic beverages.

I view IFE as being part of the service even though the system is physically part of the aircraft.  The AM IFE on the 737-800 has the usual assortment of movies, TV shows, music, games and flight information..

Having seen the new releases that looked interesting on a flight from MEX to LIM, I settled on viewing a documentary about the people living on islands in the Bering Sea on the International Date Line and within sight of Russia.  It was quite good.

On a different flight, I took a chance on watching ‘Diary of a Wimpy Kid’ a movie I would ordinarily not watch.  I found it was hilarious.

On the eight flights there was time to binge watch about 10 episodes of Gotham, a show I’d never seen before.

Flight following was basic but includes the essential information about the flight.

In general, AeroMexico service, food, and beverages on the 737-800 was a notch or two below the service, food and beverages on U.S. Big 3 first class domestic flights.  The highlights were the dinner, tamale breakfast, and Black Label scotch.   For those who have access to the American Express Centurion lounges (covered in the next post), I suggest stocking up on food there and avoiding the food on the AeroMexico flights.  These flights are also a good opportunity to catch up an some American television.