The Royal Park Hotel is located in Haneda International Airport Terminal 2.  I arrived at Terminal 1, the domestic terminal, and took a free hybrid shuttle bus to Terminal 2.

I paid about $125 for my room.  I think the price was reasonable compared to the price of hotels in Tokyo generally and $75/night I paid on this trip for a smaller room at the b Akasaka – Mitsuke Hotel.  Prices at this hotel seem to be slightly less and reviews are a tad better than for the other popular hotel in Terminal 2, the Haneda Excel Tokyu Hotel.  More on that hotel later.

Earlier I mentioned the Excel Tokyu Hotel, which is also in Terminal 2.  That hotel has a feature aviation buffs would enjoy.  The Superior Cockpit Room has an operational stationary 737-800 flight simulator.   It is pricey.  Room rates start at 25,300 Yen, just over $230 per night.  Using the simulator requires booking a 90-minute session with an instructor.  That runs another 30,000 Yen.  For aviation otaku (geeks) that may be a small price to pay to learn how to fly a 737. 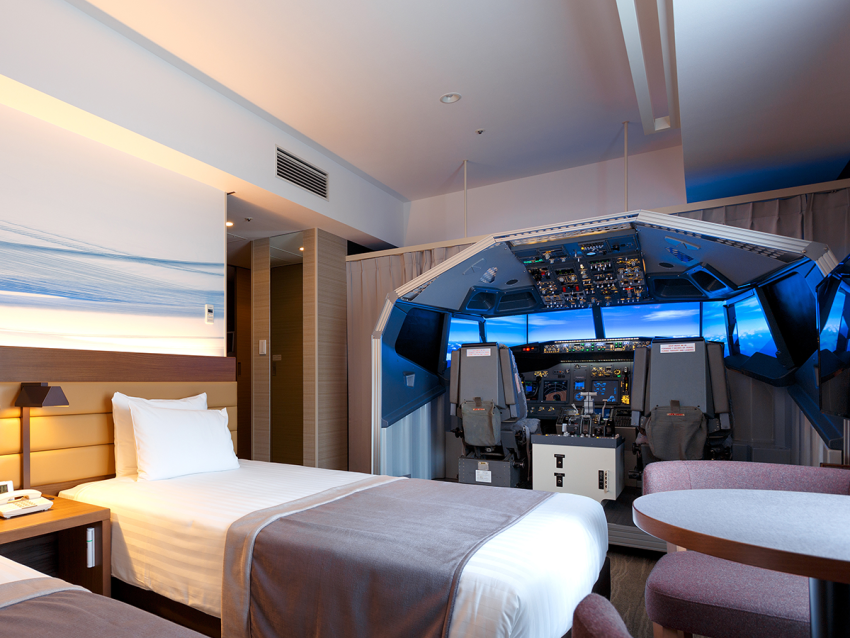