American Airlines (AA) is the airline I fly most.  Its AAdvantage frequent flyer program best fits my circumstances, preferences and goals for air travel and frequent flyer rewards.  I’ll admit it though, AA is not one of the best airlines in the world.

While on the whole AA is quite average as long-haul, international airlines go, there are a couple of small things it does really well.  A flight from Milano, Italy to New York illustrates one of the things AA is great at, and that flight also provided some spectacular views of the Alps.

But making the flight was harder than anticipated.  The airport bus from Milano Centrale Station took longer than I thought it would.  There were a couple of additional stops that the bus from the airport did not make.  And traffic near the airport was backed up.

As I previously posted, taking the bus from the airport offers several advantages over taking a train.  Going to the airport, a train may be the better option because the schedule is more reliable.

Views from 30,000 feet can be spectacular.  When booking a flight and selecting seats, think about the sights along the route that are worth seeing and choose a seat on the side of the plane that provides the best chance of seeing them.

For the flight back to New York, the Alps were the most obvious geographical feature of interest.  Likely flight routes between New York and Milano lie just south of the Alps. You can use Great Circle Mapper to see great circle routes between an origin and destination.

Airlines like to follow great circle routes because they are the shortest distance but weather and air traffic requirements can cause deviations.  For the flight to New York, I chose a seat on the plane’s starboard (right) side at booking and hoped for good weather.

Except for a day trip to Lake Como, my stay in Milano, a wonderful city, looked like this.

For the flight back to New York, I got lucky with the route and the weather.

Indeed, the Alps came into view a few minutes after takeoff.  The captain made a PA announcement about it.  My cell phone camera did its best to capture the majesty.

One mountain stood out.  I think it was the Matterhorn.  I’d never seen it.

There are two railway stations inside the Eiger.  Passengers can alight and take in the views from windows cut into the face of the mountain.

In comparison, Delta, which I’d rate as a better airline overall compared to AA,  has a snack presentation that falls far short of the spread on AA.  It is not a big deal, but I’ll give AA credit for effort in this department. 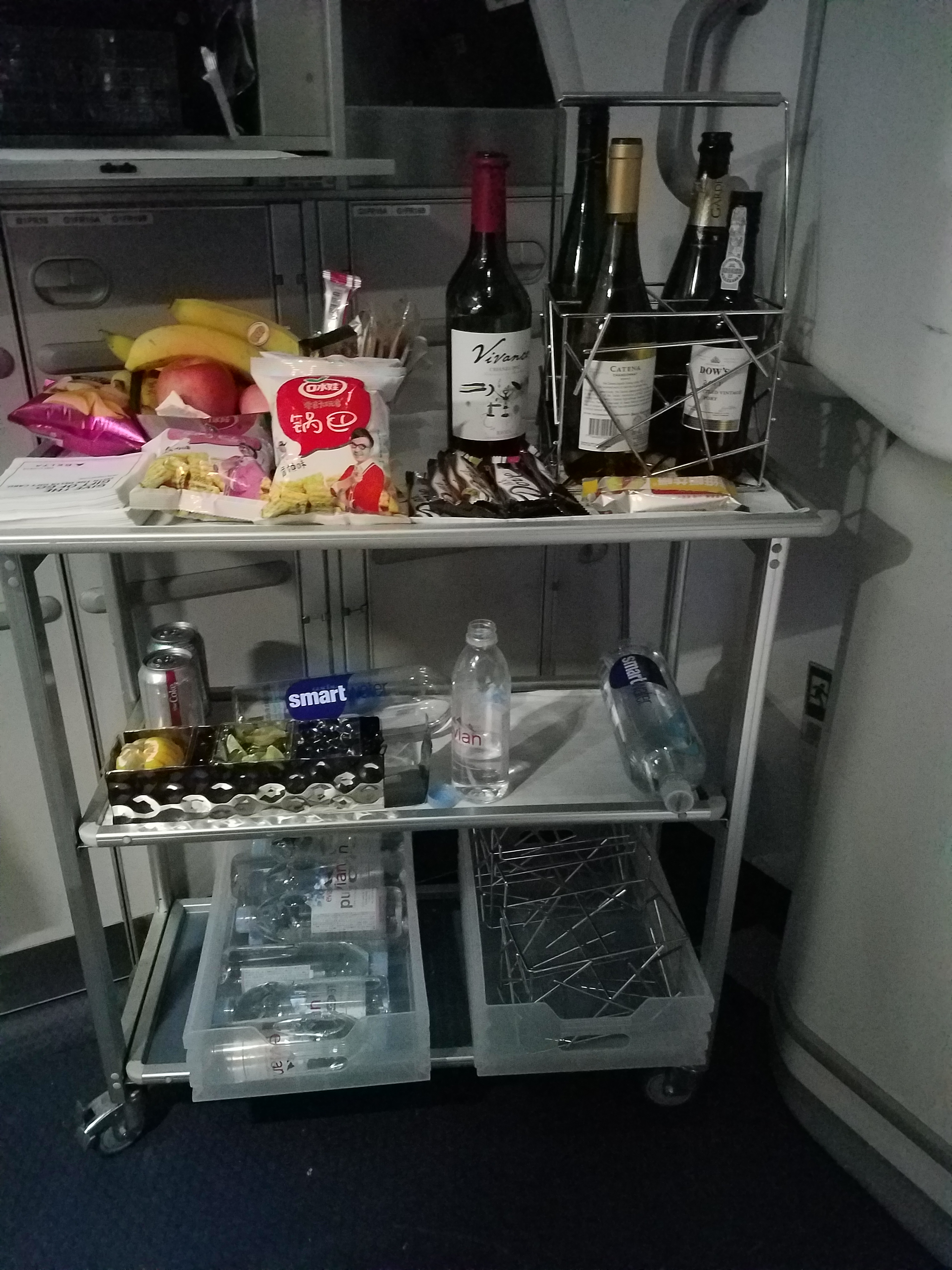 I suspect that American limits the snack bonanza to planes with two business class cabins due to lack of space in the galley and so passengers in economy or premium economy aren’t tempted to help themselves to the food in business class.

15 thoughts on “American Airlines 777-200 Business Class Milano, Italy To New York, N.Y. – A Toast To The Alps And What AA Does Better Than The Rest”