The Japan Airlines flight from Bangkok I reported on day before yesterday arrived at Tokyo Haneda Airport.  Haneda is one of the world’s most highly rated airports, and it is just a 13-minute train ride from central Tokyo.  But in this case, my final destination was Osaka.  That flight departed the next day from Tokyo Narita Airport (NRT) 52 miles from Haneda.

Inconvenient routings happen occasionally when flying on cheap tickets or frequent-flyer awards.   That is a trade off I accept.  Overnight, I stayed in a nearby hotel and returned to Haneda for the trip to Narita the next morning.

There are multiple options for travel between Haneda and Narita.  The bus is easiest and least expensive.  The cost is about $30 and takes 90 minutes.  The time varies slightly depending on time of day.

The lounge is located on the Third Floor of the Terminal 2 Main Building.  Daily operating hours are 7:30 a.m.-10:00 a.m. and 1:30 p.m. – last JAL departure.  Like so many other lounges worldwide, this lounge is closed until travel picks up.

As the photos show, this is a very basic business class lounge.  It is very similar to the JAL domestic Diamond Premier Lounge at Haneda.

I arrived in the afternoon shortly after the lounge opened.  For the first two hours I was the only customer.  Seating is comfortable compared to seating at the gate.  There is no place to stretch out though.   All seats along the window or wall have a/c power outlets available. 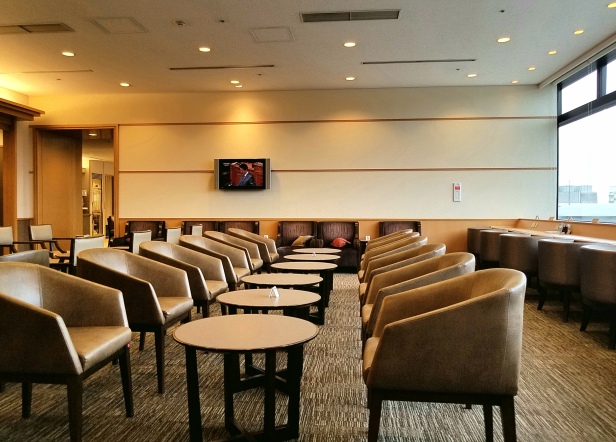 No views of the runway or ramp. 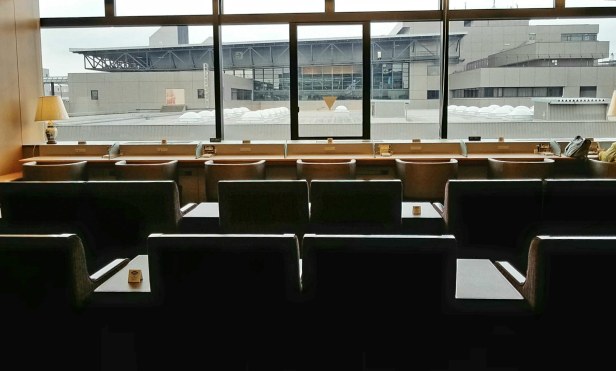 Not having to hunt for the WiFi code was nice. 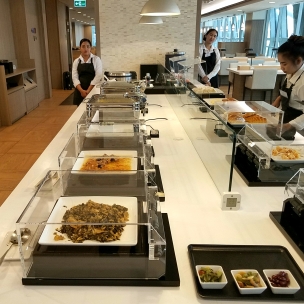 In contrast, fare in a domestic Sakura Lounge is very limited. 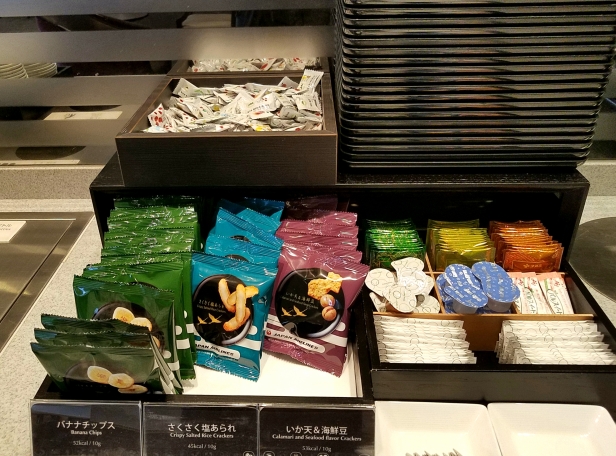 The best feature of this lounge is the beer pouring machine that is a standard in all JAL lounges. 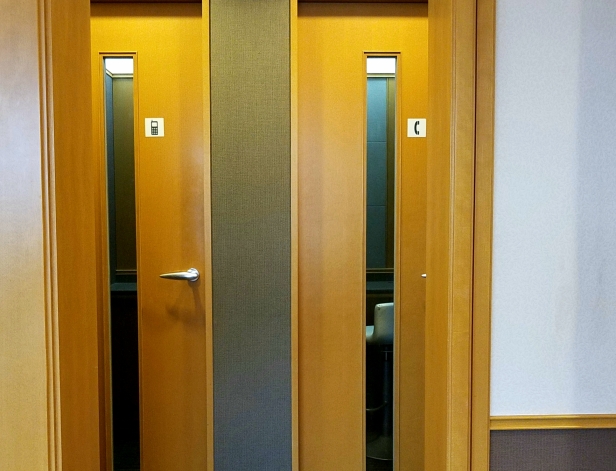 People actually use the phone booths if they get a call.  I’ve never had to listen to someone talking on a cell phone in a Japanese airport lounge.

This is a basic lounge for business class that serves its purpose adequately.  I was happy for a quiet spot with good WiFi to peck away on the laptop, down a couple of beers, and snack on packaged chips and crackers.  Compared to the terminal, spending four hours here was more comfortable, more productive, and less expensive.