From Port D’Andratx and Banyalbufar on the southwest coast the tour headed inland through the Serra de Tramuntana mountains to Binissalem, the unofficial capital of Mallorca’s wine  region.

The first stop was the town square next to Santa Maria de Robines, a 15th-century gothic church.  The church tower, which remained unfinished until 1908, displayed the banner of Festa des Vermar, an annual week-long grape harvest festival that includes parades, celebrations, grape-crushing competitions and a wine tasting contest.  The festival is held in the third week of September. 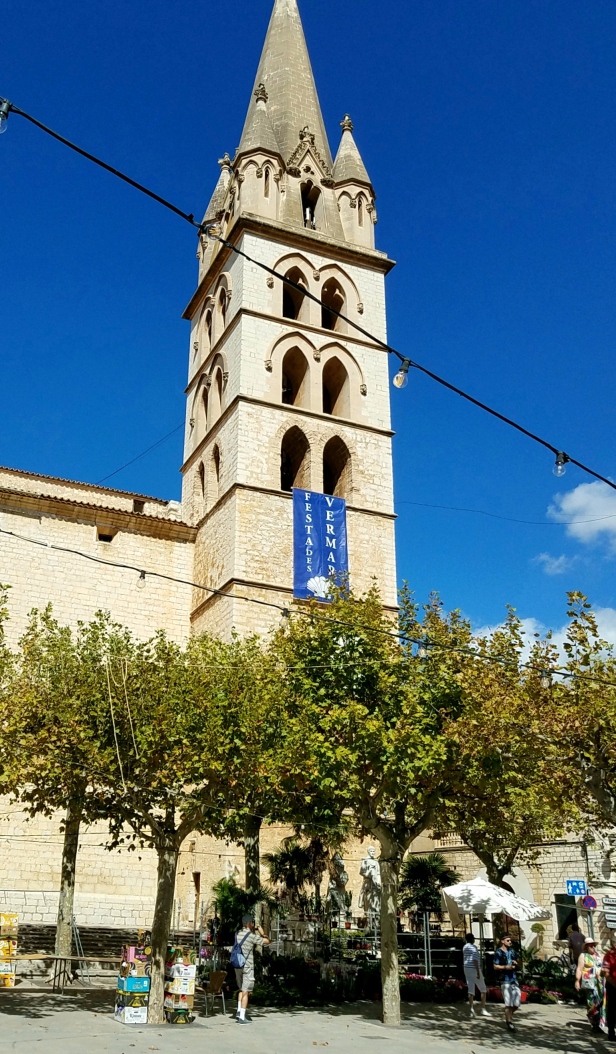 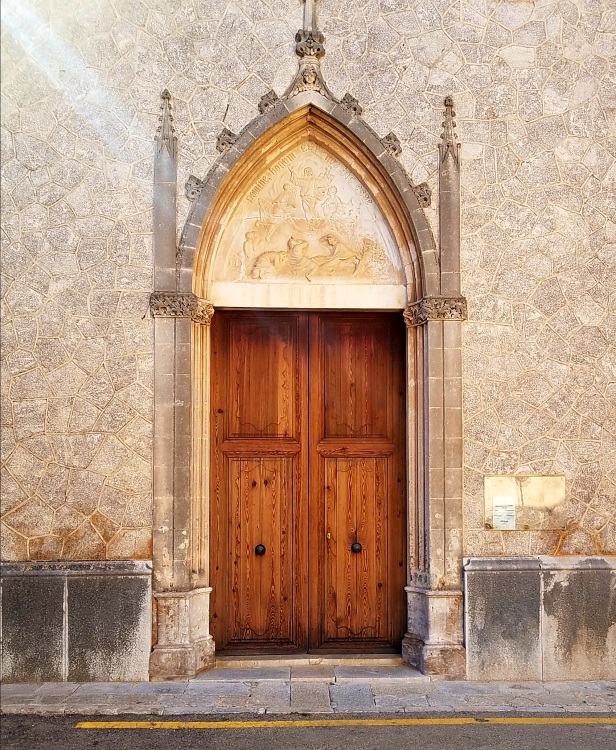 A massive food fight in which volunteers (locals and visitors) pelt each other with grapes highlights the festival.  Festa des Vermar sounds a bit like the Songkran Festival in Thailand.  Thai new year is celebrated by dousing everyone with water and wearing white paint.  Songkran is a nationwide party although “playing water” is restricted to certain localities in business centers like Bangkok.  Many tourists come to Thailand just for Songkran.  You may want to time a Mallorca visit to coincide with Festa des Vermar and witness or participate in the grape fight.

Fortunately perhaps, I missed the festival by two weeks but arrived on friday during the weekly farmer’s market in the square. 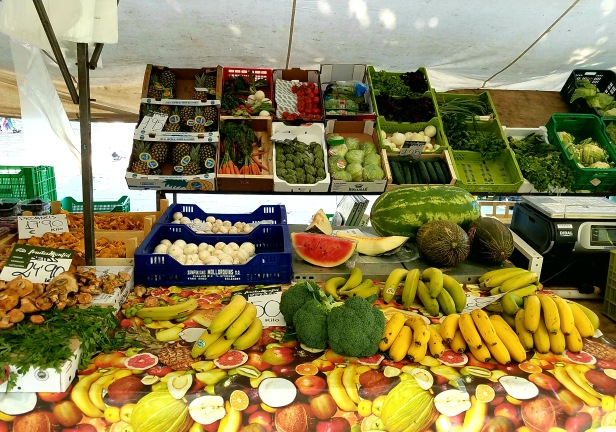 Many varieties of flowers were on sale, too.  I am terrible with the names of fruits, vegetables, and flowers.  Can you name this flower? 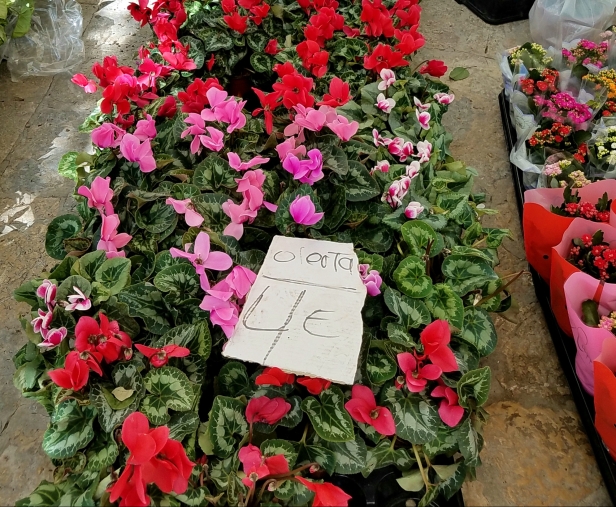 Before heading to the next point of interest there was time to wander some of the small streets leading from the square.  Many  structures date from the 18th century. 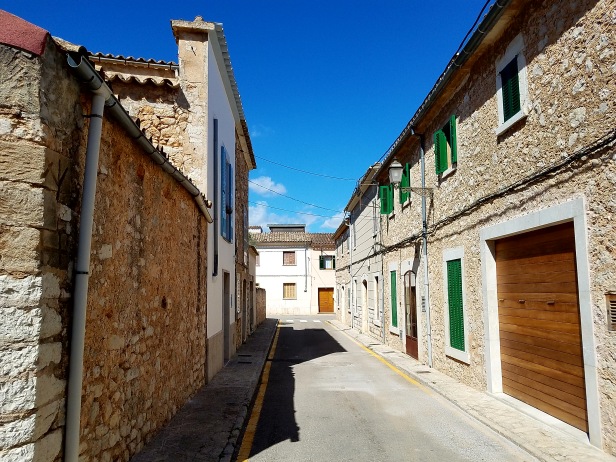 Notice the gutters.  Average annual rainfall on Mallorca is less than 16 inches.  Streets have no drains.  Rain that lands on buildings is collected and processed for personal use.  Gutters channel rain water to cisterns below the sidewalk or inside homes. 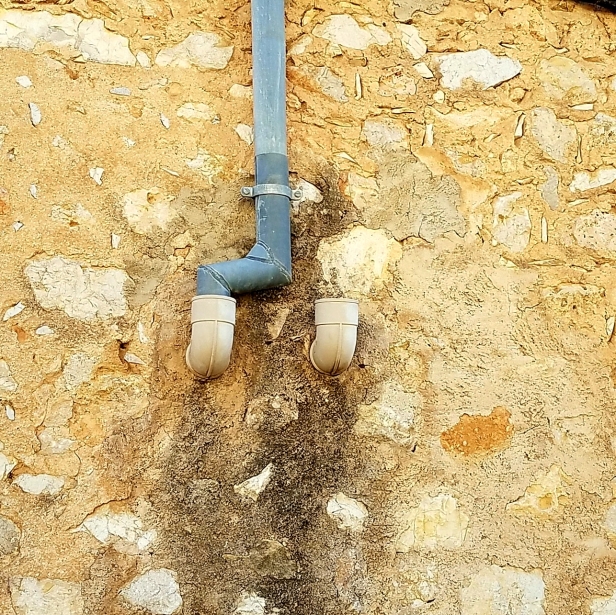 Any wine country visit is incomplete without visiting a winery.  Bodegas Oliver is located a short walk from the town square. 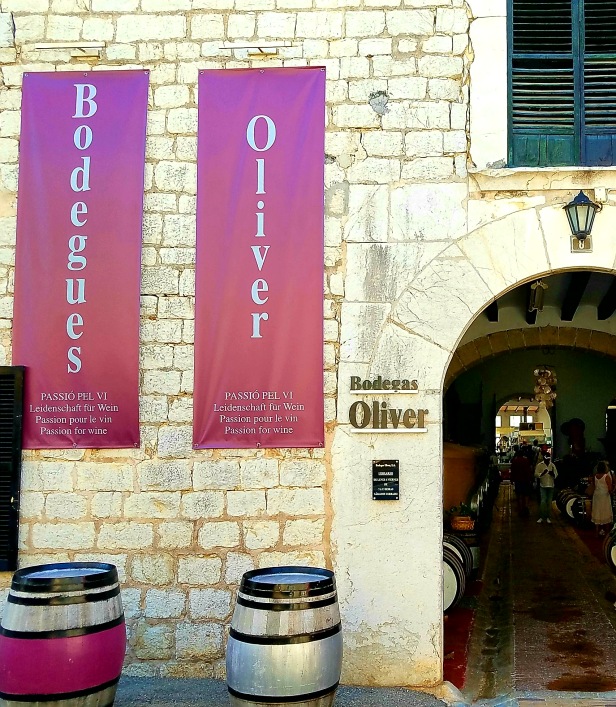 While cultivating successful vineyards require skill, knowledge, and luck, the winemaking machinery looks simple.  Looks are probably deceiving in this case.  Have you ever contemplated running a winery? 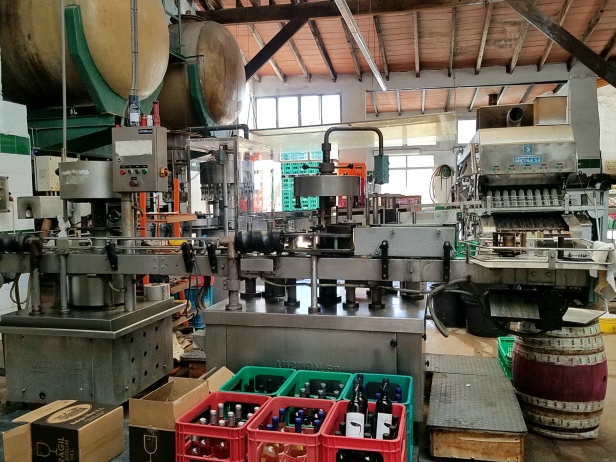 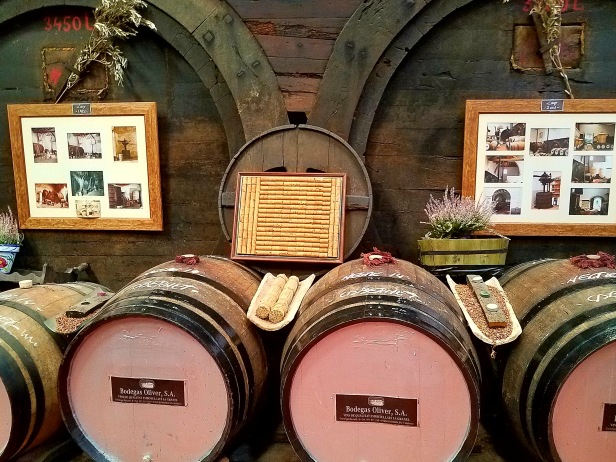 While I know little about wine, I enjoy having a glass or two from time to time.  The part of the tour everyone, including myself, was waiting for was the wine tasting.  Bodegas Oliver had reds, whites, and roses to sample.  There was no limit on the number of samples.  My non-expert opinion is the reds made from Manto Negro, the local grape specialty, were the best. 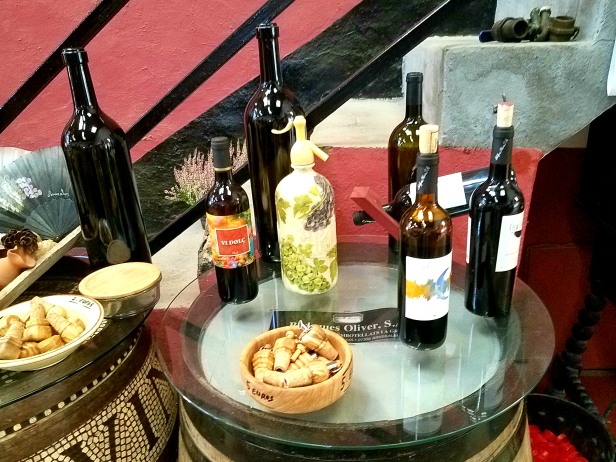 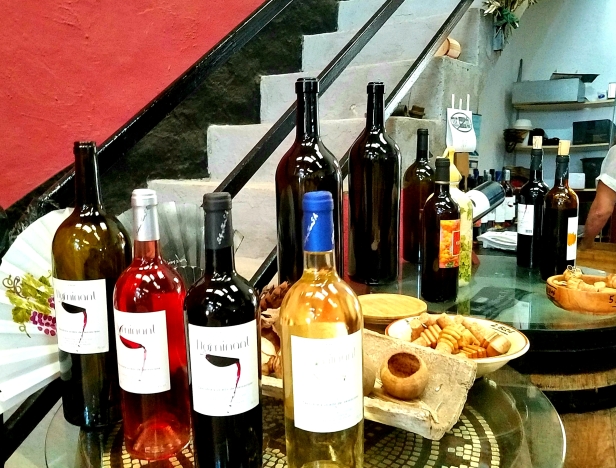 Leaving Binissalem, the tour stopped for lunch at a tapas restaurant in Sineu. 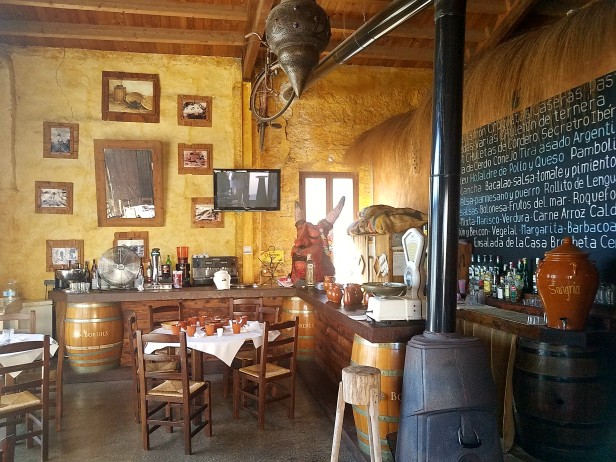 From Sineu it was a short drive to Sant Joan and Els Calderers.  Formerly a large wine estate, Els Calderers (previous post)and its manor house are now a museum of Mallorcan history and culture. 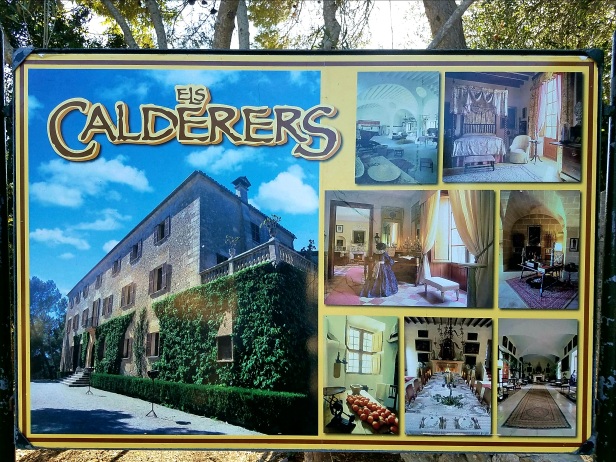 After Els Calderers, we returned to the coast for the final leg of the tour which will be covered in the following post.

Has anyone experienced Festa des Vermar?