To conclude the day- long exploration of Mallorca’s central and western regions, the tour headed from Els Calderers near Sant Joan through the Sierra de Tramuntana Mountains to Sa Calobra, a small port on the northwest coast.

The highest point in the Balearic Islands, Puig Major 1,445 meters, is found in this area.  Puig Major, however, is off limits to the public because it is in a military zone. 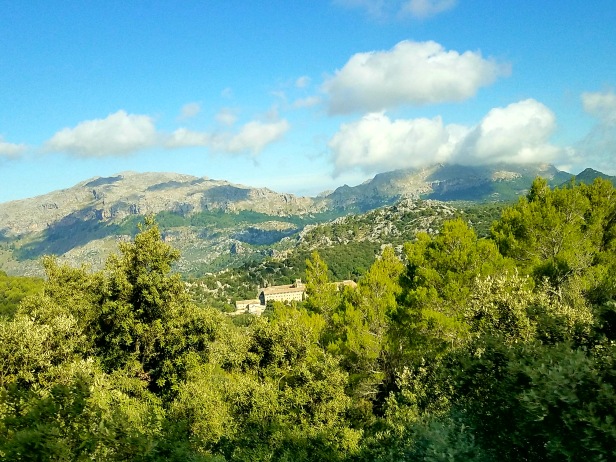 Land on the west side of the mountains receives about three times as much rain as the rest of the island to the east.  The Sierra de Tramuntana range is a UNESCO World Heritage site.

There was time to disembark from the coach and grab a snack or photo at a Roman aqueduct over the road to Sa Calobra.

At tiny Sa Calobra there are a couple of buffet and a la carte restaurants and shops stocked with Mallorca souvenirs.  The small beach to the left of the port was used in filming Cloud Atlas.

We boarded here for a 40-minute cruise to Port de Soller.

The cruise affords views of the rugged coast on this side of the island.

Port de Soller’s beautiful harbor and waterfront gives Port D’Andratx a run for the money for the title of St. Tropez of Spain.  There was more time for shopping and enjoying the scenery here.

I walked up the hillside for a better look at the harbor.

The tram to Soller stops at a platform next to the harbor.  The ride to Soller is short but picturesque. 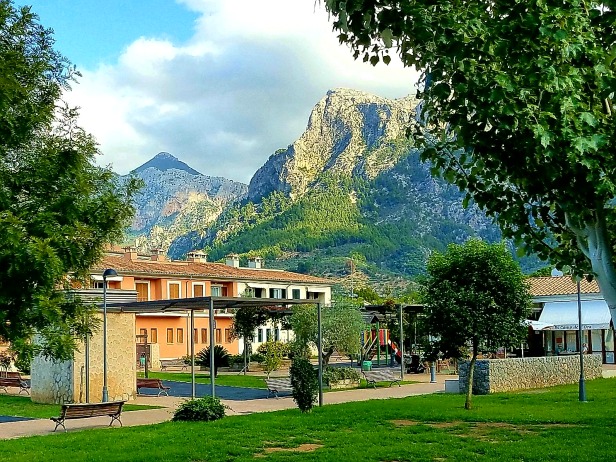 We disembarked in Soller and boarded a train to Palma for the final leg of the tour. 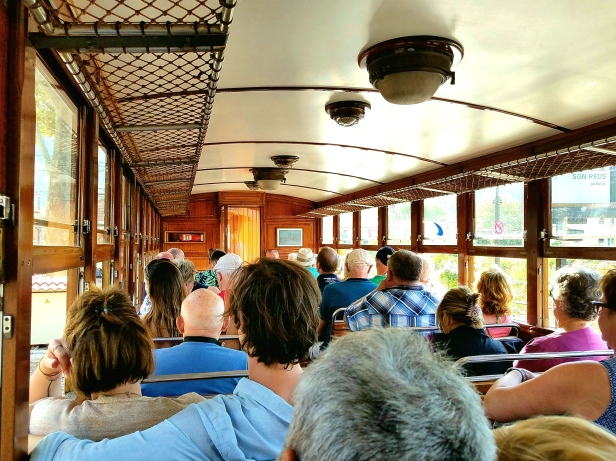 The tour ended at San Reus, where busses were waiting to take us to our hotels.

I strongly recommend a day trip (at least) to Mallorca’s western and central regions.  In a fairly small area you will experience great diversity in climate and topography.    Sea views, steeps slopes and lush foliage on the west coast contrast sharply with the flat, arid central region around Binissalem and Els Calderers.  Port d’Andratx and Port de Soller are picture-postcard examples of small but wealthy Mediterranean ports.  Using four different means of transportation (motor coach, trai, tram and boat) added to the fun of the experience.

What other activities would you suggest when exploring Mallorca?