In 2016, I photographed the world’s tallest building during a trip to Dubai.  My cell phone was unable to fit it in the frame from my position no matter how hard I tried.

The building was completed in 2010 and named to honor the president of the neighboring emirate of Abū Ẓaby, Sheikh Khalīfah ibn Zāyid Āl Nahyān.  There are  163 floors, and the structure tops out at 830 meters (2,723 feet).  The design minimizes the effects of wind.  Still, the top slowly sways up to two meters.

Here is a better photo by Donaldytong that shows the entire structure and its position in the development called Downtown Dubai. 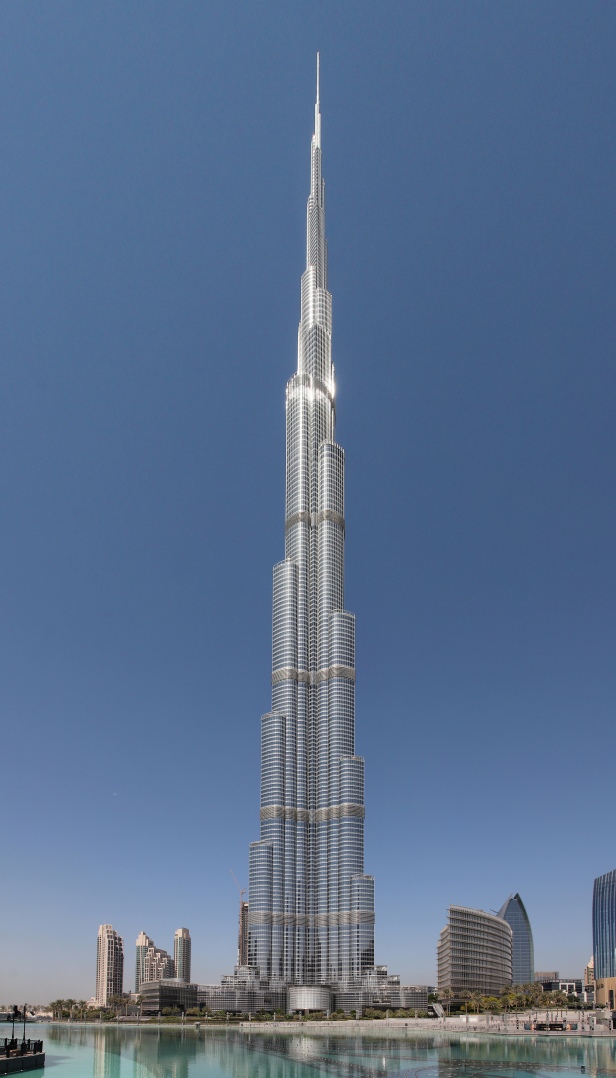 The building was completed in 2010 and named to honor the president of the neighboring emirate of Abū Ẓaby, Sheikh Khalīfah ibn Zāyid Āl Nahyān.  The Skyscraper Center of the Council on Tall Buildings and Urban Habitat provides some of the interesting facts.

In 2014, Burj Khalifa reclaimed the title by opening a deck on the 148th floor 555 meters above the ground.  In 2016, Shanghai Tower opened it observation deck at 561 meters.  That record stands.

I didn’t visit the Burj Khalifa observation deck.  The cost for visiting depends on the time of day and which observation deck you choose.  The cheapest tickets start at about $40.  That’s not a huge expense, but is one my fear of heights strongly encouraged me to avoid.

Have you been to the Burj Khalifa?  Would you go up to one of the observation decks?