Omoide Yokocho is spot that every Tokyo visitor who is interested in food and fun should add to their “places to go/things to do” list.  First, some definitions.  A yokocho is an alley lined with tiny unique restaurants called izakayas that specialize in yakatori (grilled meat on skewers) and, to a lesser extent, hearty stews.  Anyone fond of barbecue (moi) will love Japanese izakayas.

The History of Omoide Yokocho

Starting out as an illegal drinking quarter in the late 1940s, this narrow side street in the Shinjuku District quickly became a prime spot for cheap meat and drinks and hostess bars.  Due to the lack of restroom facilities, customers often used nearby train tracks as a relief station.  The practice gave this yokocho the nickname “Piss Alley” even though people didn’t actually pee in the alley itself.  At last that is the story told these days.

The atmosphere remained largely unchanged over the years.  When fire ravaged the area in 1999, it was rebuilt exactly as before.  Older regulars keep coming back for the feeling of “natsukashii,” which roughly translated means “this brings me back.”

Where Is Omoide Yokocho And How Do You Get There?

The are many Yokocho in Tokyo.  Omoide Yokocho is one of the most popular and surely one of the easiest to get to.   It is only a three-minute walk from the West entrance to Shinjuku Station on the opposite side of the tracks from Shinjuku Kabukicho. 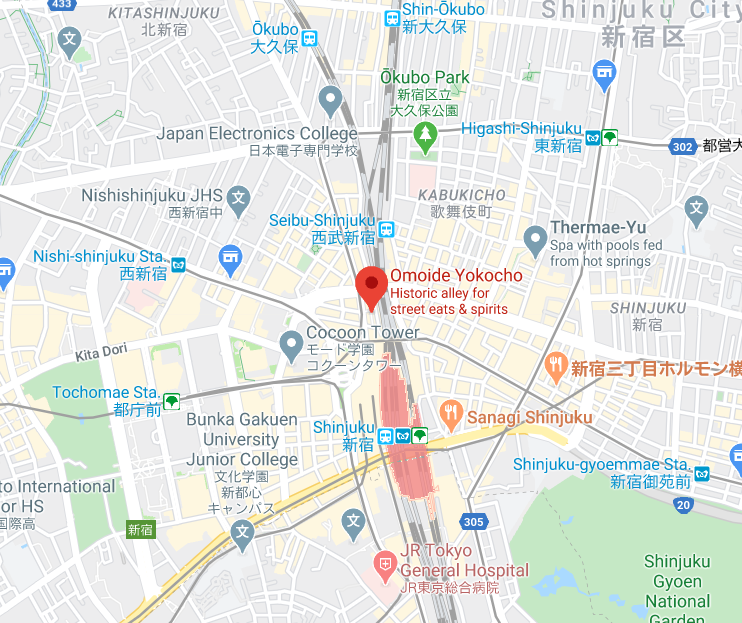 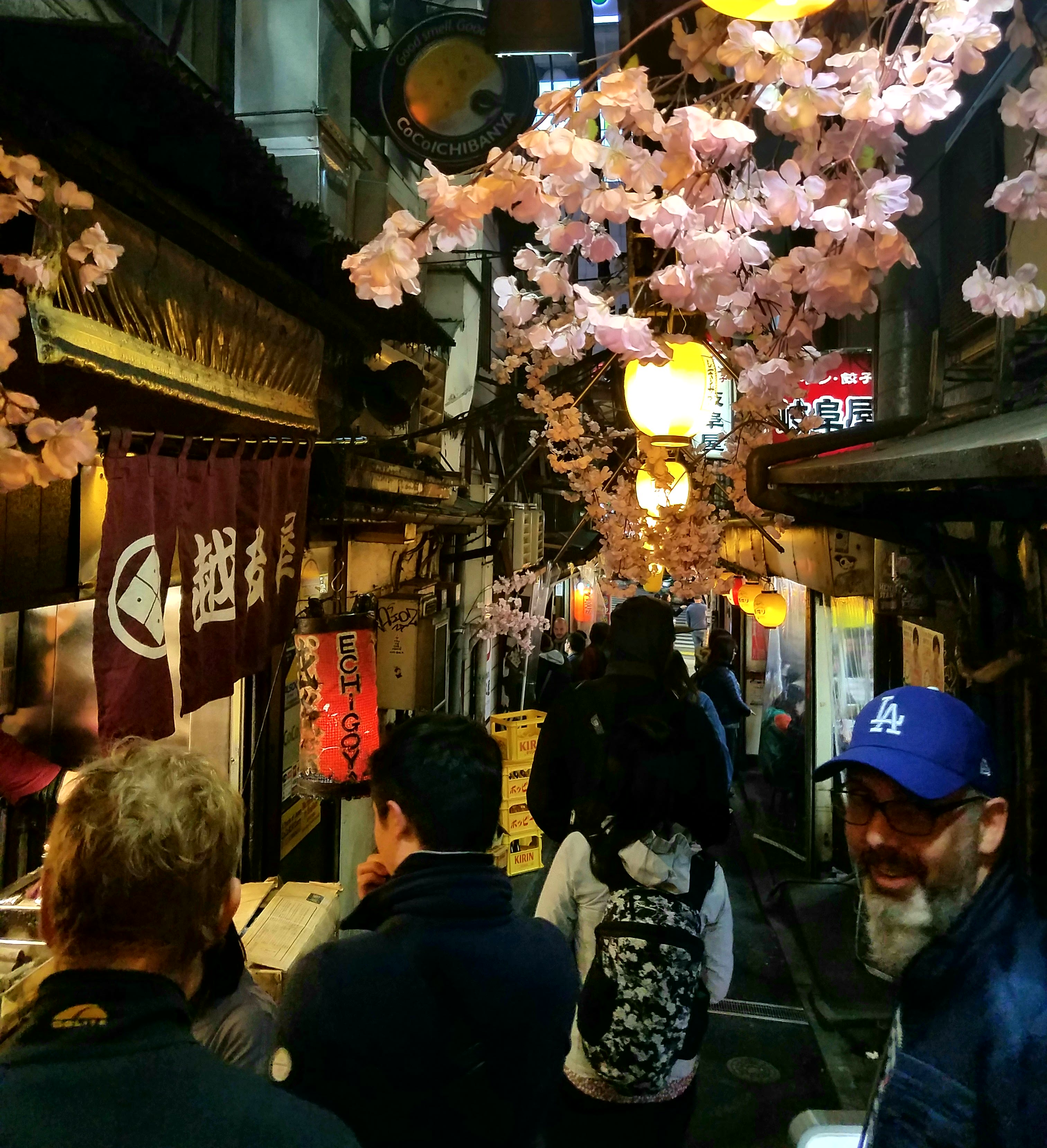 The best way to get to Omoide Yokocho is by taking the Tokyo metro or JR lines that connect at Shinjuku Station, one of the world’s busiest metro stations, to locations all over Tokyo.  You can make the visit on your own if you are confident about your knowledge of Japanese language and culture, or take an inexpensive food tour or a Shinjuku District walking tour.

I visited while on a Shinjuku walking tour.  The guide led the group through the alley and explained how izakaya operate.  She also explained some of the customs involved.  After the tour, some in the group returned to try the food. 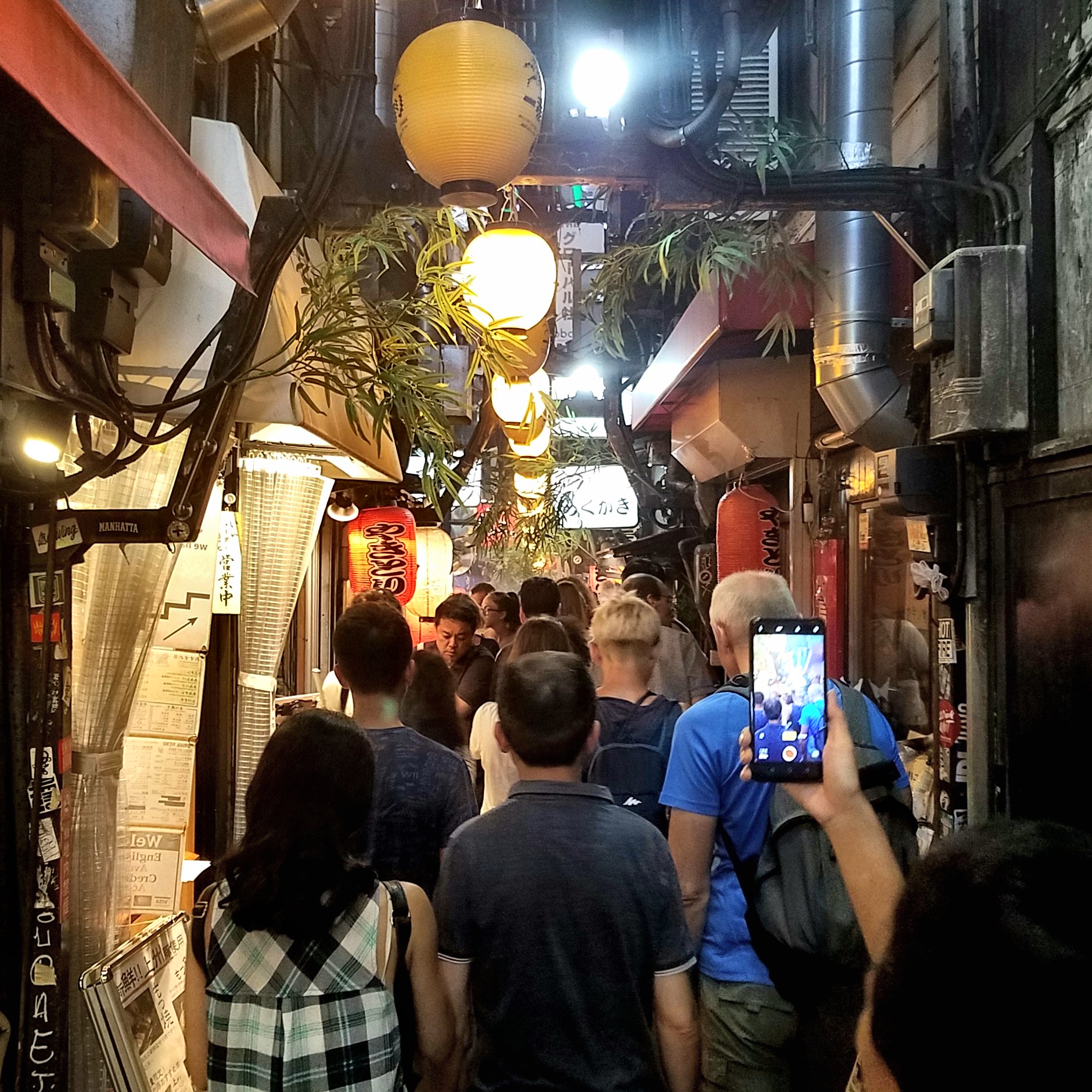 Yakatori of chicken, beef and pork are very popular as is nikomi, a thick  stew of beef tendon, intestines and vegetables  Most tourists will need izakayas that have menus in English.  You could also let the chef choose.  Depending on your tastes that might be a little risky as some Omoide izakayas serve horse meat sashimi, fish sperm, and horse penis. 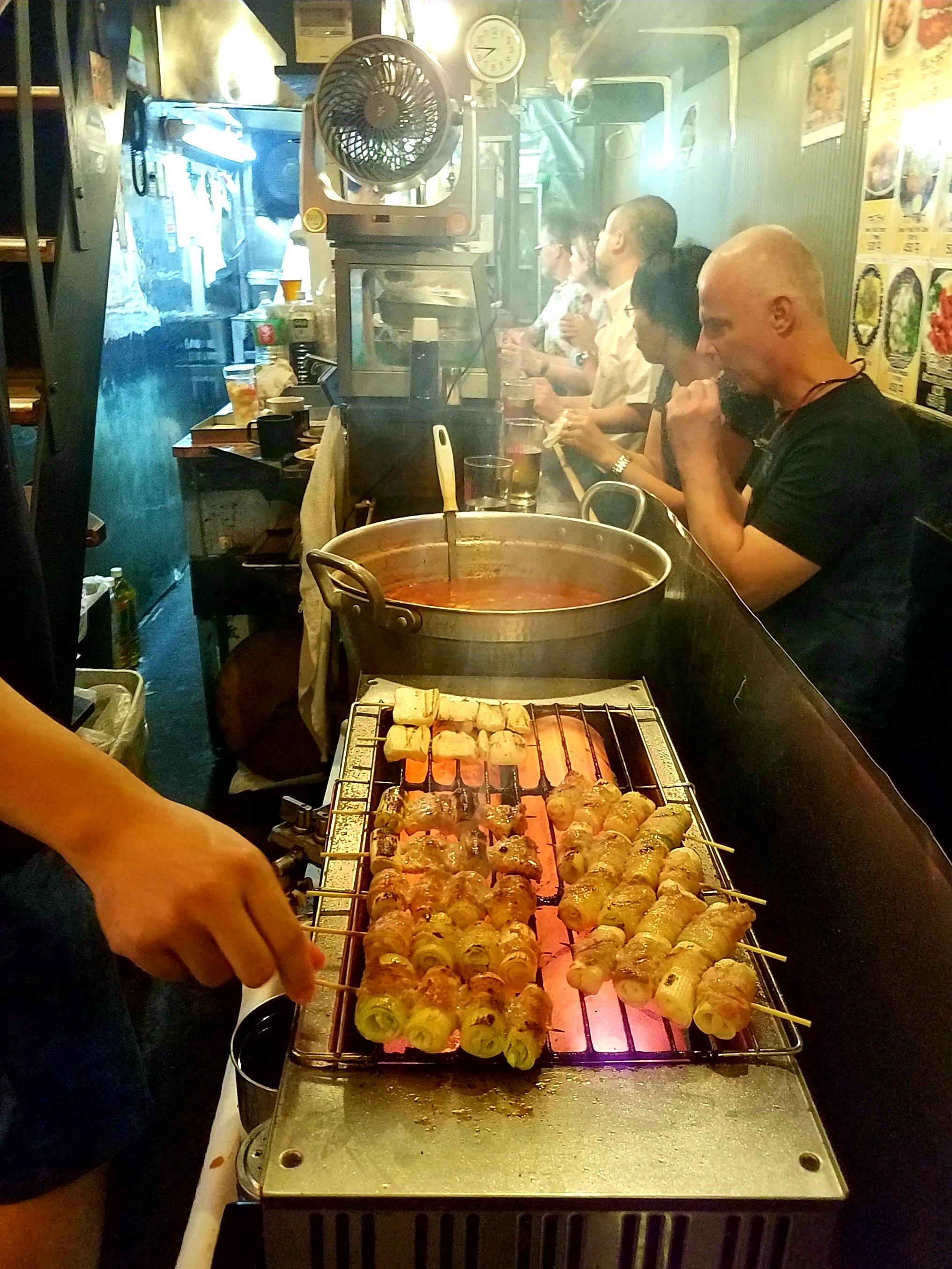 Portions are small.  That is great because it encourages sampling a number of dishes.  We tried several yakatori of various parts of chicken, beef and pork and washed it down with large beers.

As far as drinks, in addition to beer, Japanese sochu and sake are always available and reasonably priced.

Japanese patrons usually start out the evening at an izakaya and may move to another one before heading to other watering holes during an evening of drinking. Izakayas are very small and the demand for seats is high; so owners want guests who aren’t eating and drinking to give up their places to others when their eating and drinking slows down. It is worth noting that people sit very close to each other, but customers usually never talk to people in another group.

Omoide Yokocho provided a great introduction to izakayas on two trips to Japan last year.  I am a sucker for barbecue (especially Korean) and  yakatori dishes are a delightful version of Asian barbecue.  Izakayas are places where tourists, businessmen, students, and other locals eat and drink in a casual atmosphere in close proximity to each other.  Visiting Omoide Yokocho and its izakayas provides an authentic Japanese experience.

Leave a Reply to The Social Vigilante Cancel reply