While visiting Beijing, China in 2018, my son and I made a side trip to the Badaling section of the Great Wall of China about 50 miles from Beijing.  It is the closest part of the wall to the Chinese capital.  The proximity to Beijing makes this part of the wall a popular photo opportunity for visiting dignitaries including Richard Nixon, Ronald Reagan,Margret Thatcher and Mikhail Gorbachev.

For those who have no reason to be familiar with obscure pop culture, Badaling reminds me of “bada bing, bada boom,” a phrase popularized by Sonny Corleone (James Caan) in The Godfather.  Bada Bing was also the name of the strip club in the HBO series The Sopranos.  And somehow the alien in the movie The Fifth Element had heard of “bada boom.”

The phrase means something is easy, and it is relatively easy to get to this part of the Great Wall from Beijing.  My attempt at cleverness aside, here are photos with Alex at the Badaling portion of the Great Wall.

This section of the wall is built over some fairly rough terrain. Here the wall sits at an elevation of only about 3,000 feet. Hiking up and down the steep slopes on the parapet took a lot of effort in the cold winter air. 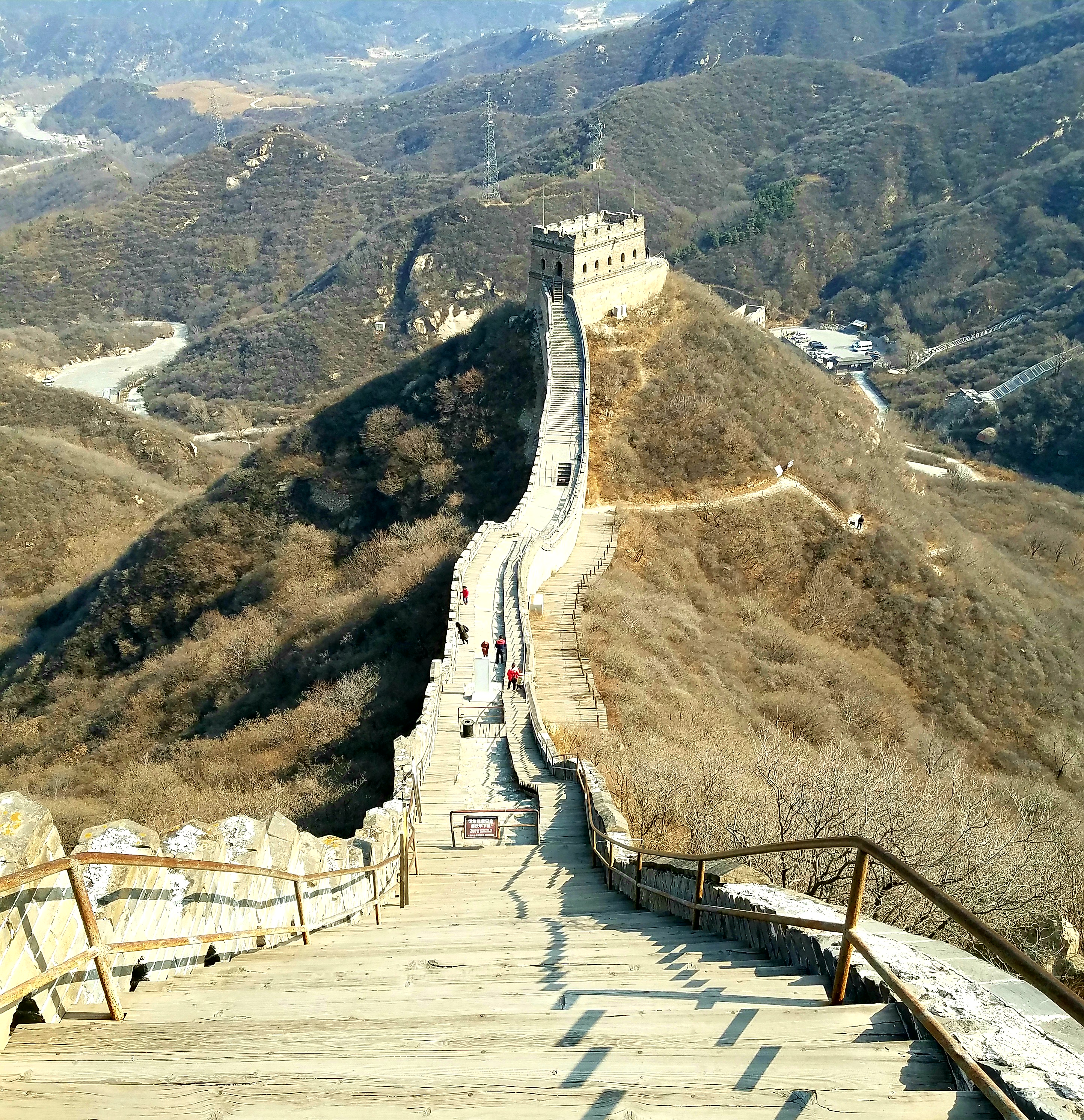 The Badaling section was constructed in 1504 during the Ming Dynasty.

We enjoyed a quick look at one of the Seven Wonders of the World. I hope you did, too.