Here are a few photos from Luang Prabang, Laos in September 2018. Luang Prabang is UNESCO World Heritage Site that was the former capital of an ancient kingdom of the same name and the country of Laos.

I stayed at Villa Nagara, a small hotel overlooking the Nam Khan River one block from the main drag in this part of the city. The location is very near the spot where the Nam Kahn meets the Mekong River. 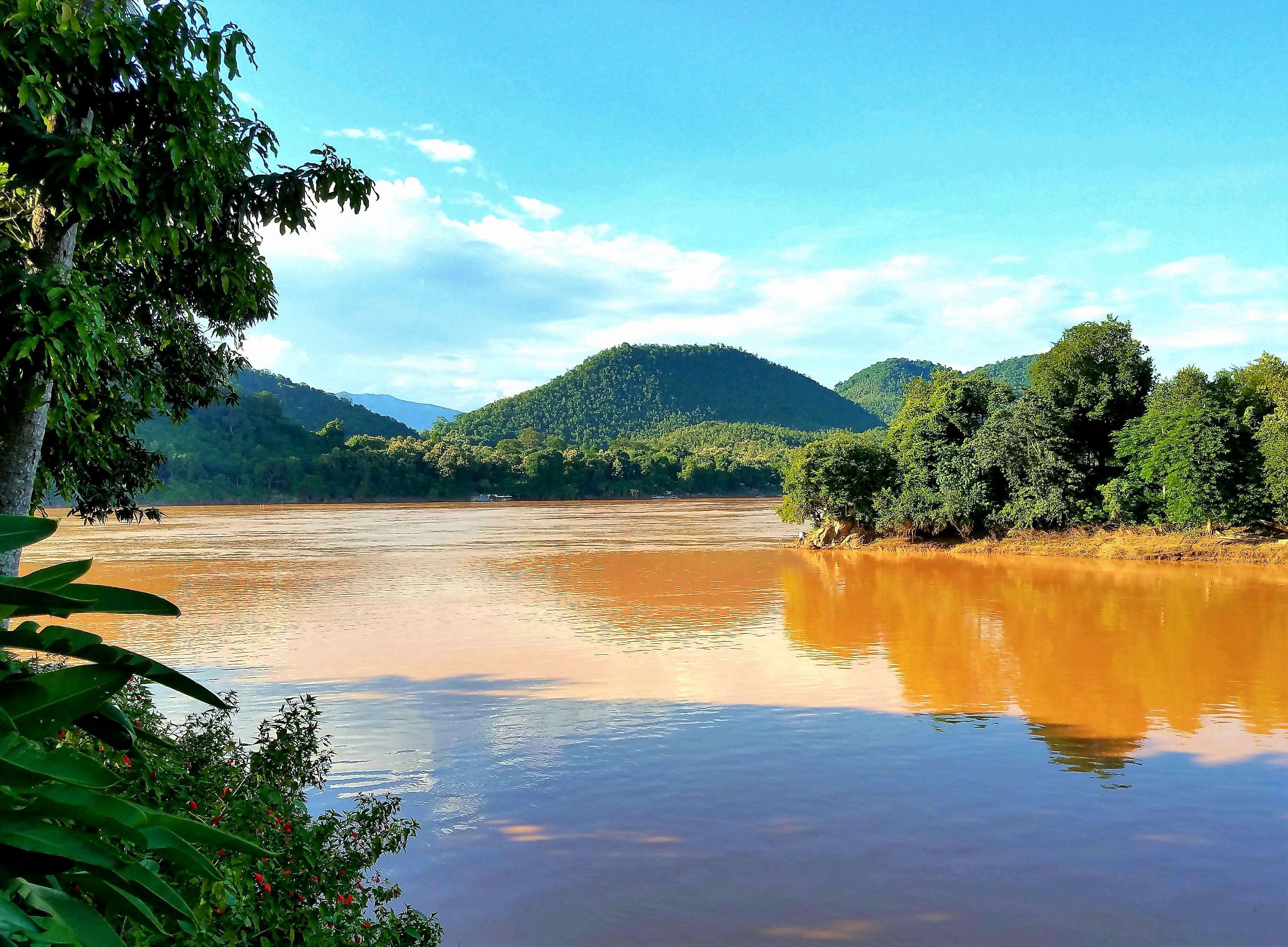 The Royal Palace was a short walk down this street lined with restaurants, shops and massage spas. I think this street is Thanon Sisavangvong. 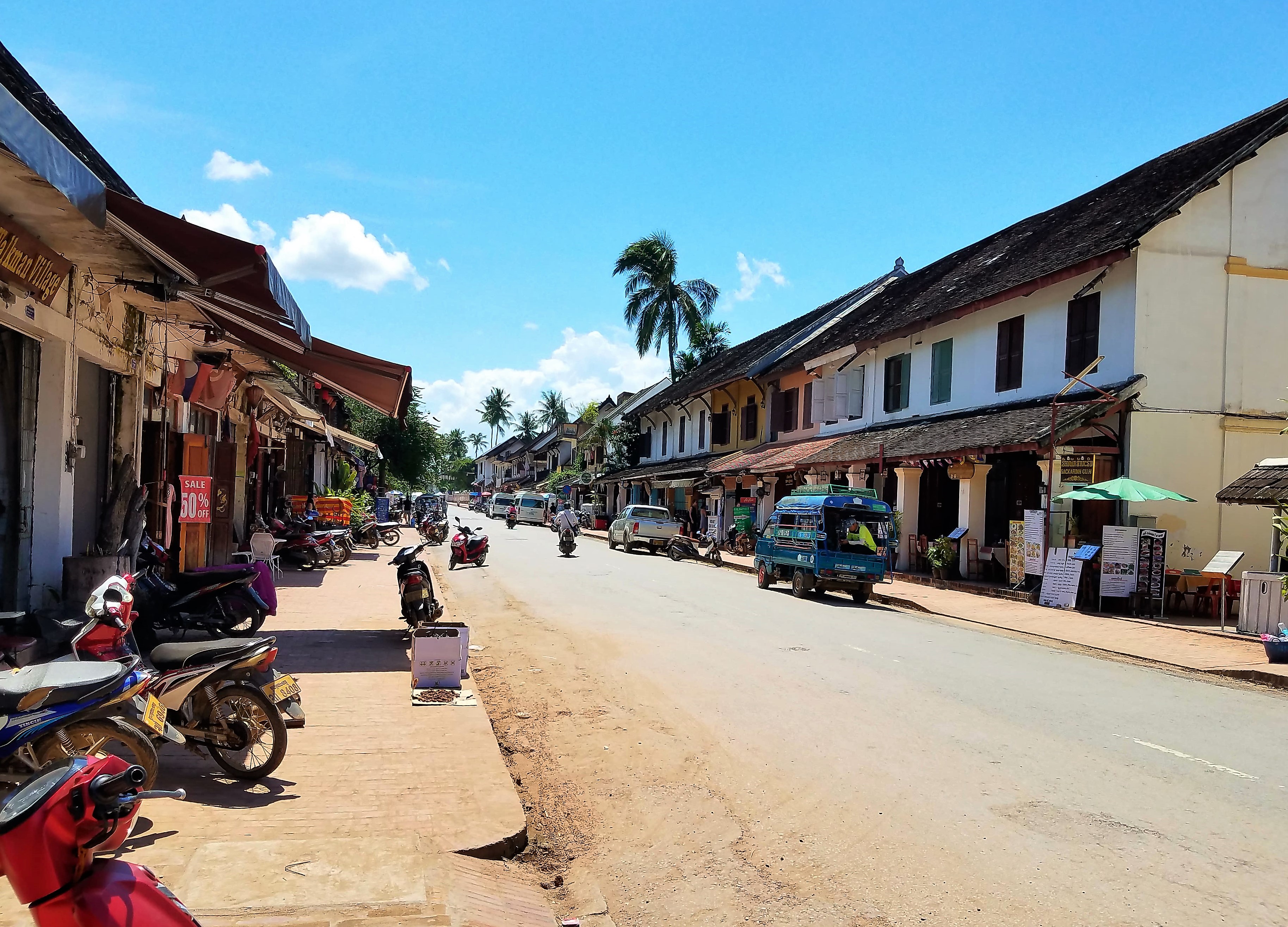 The Royal Palace Museum served as a royal residence during the French colonial era. The museum displays exhibits of Lao culture from the ancient kingdom through the present day. 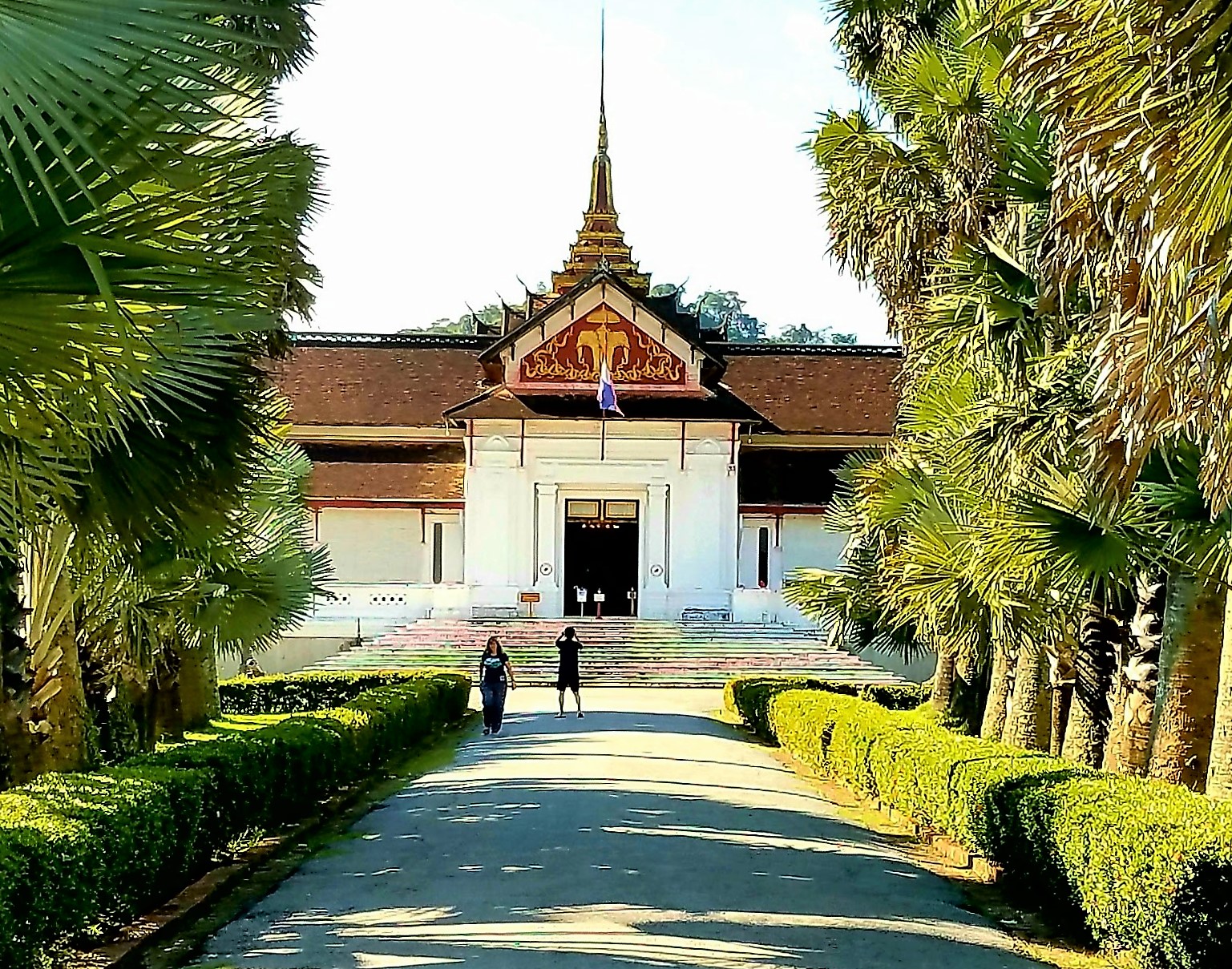 A buddhist temple sits at the entrance to the beautifully landscaped grounds. 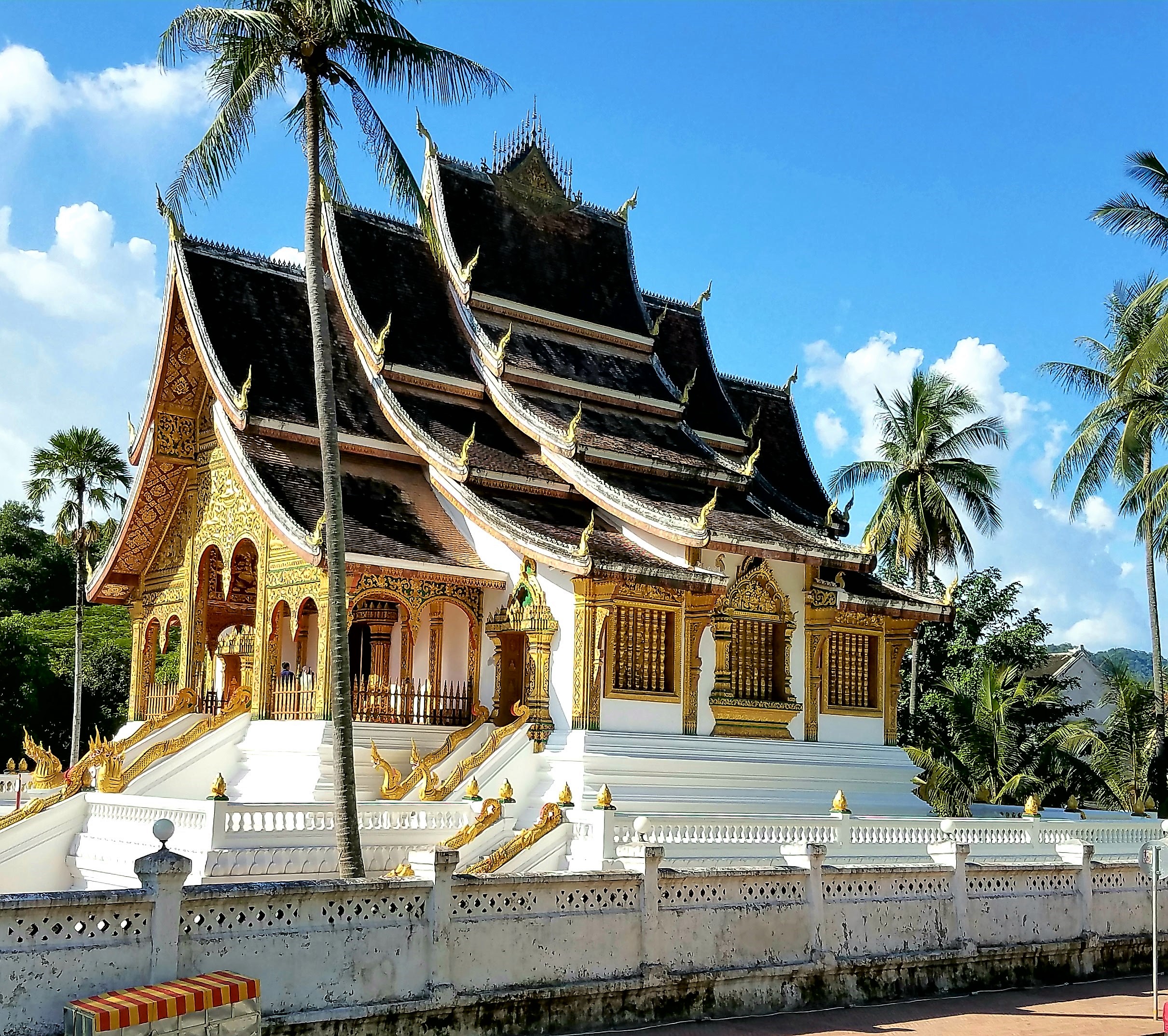 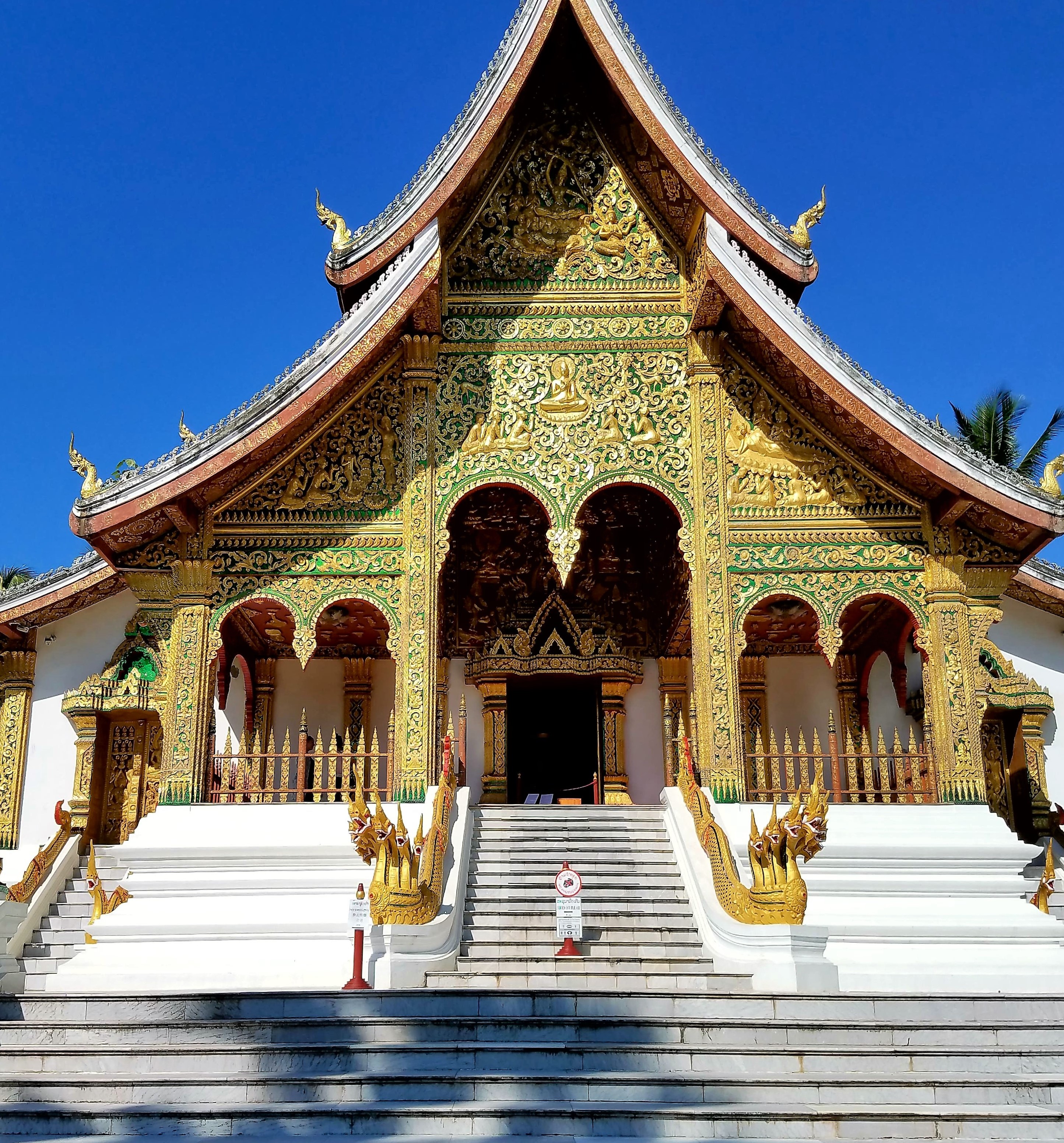 Luang Prabang’s population is only about 24,000. Everything in the old city is within walking distance.

Mount Phousi is the highest point in the city. It’s just across the street from the Royal Palace Museum. The views make climbing the 300 steps to the top more than worth the moderate effort involved. 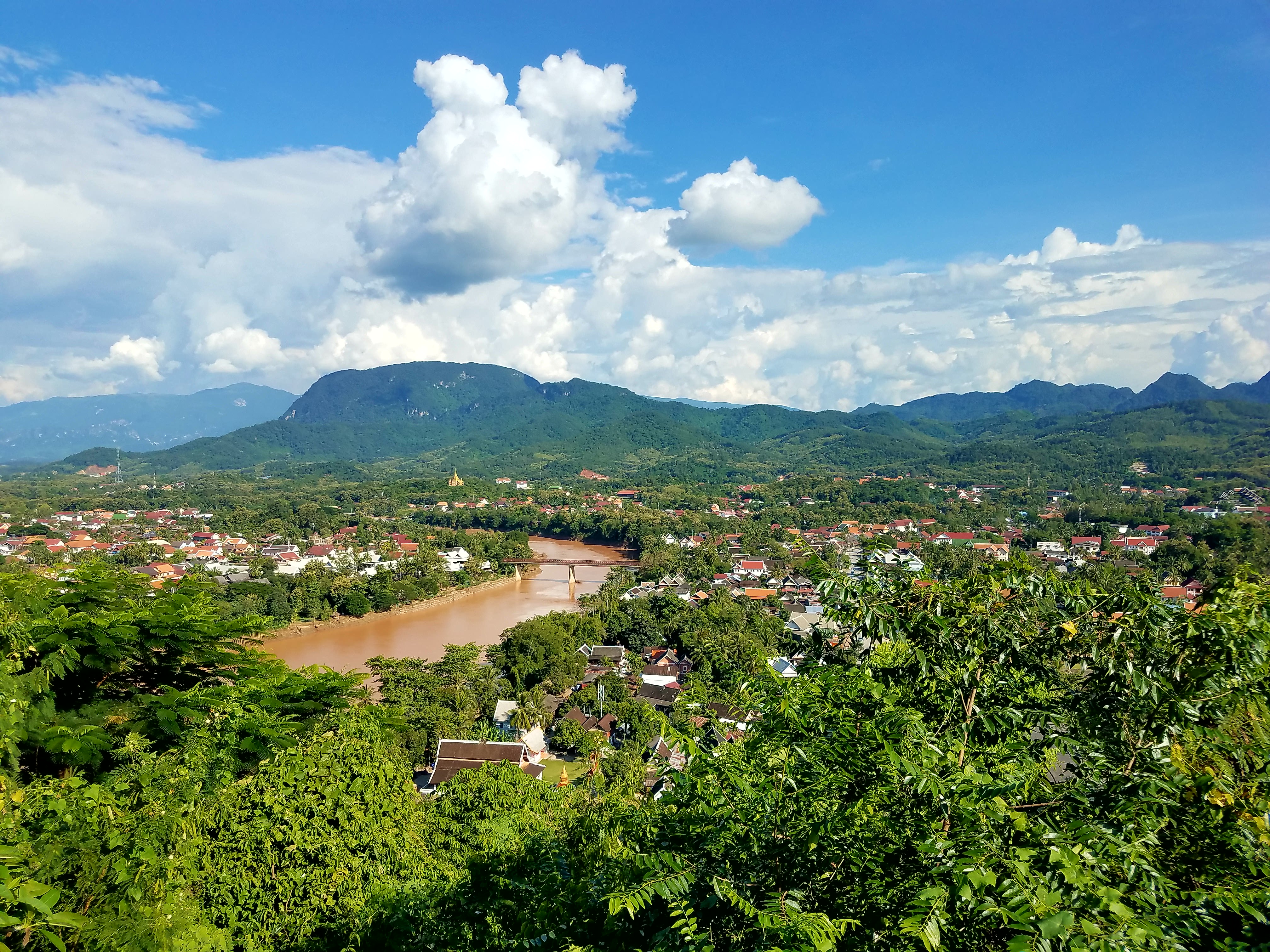 There are temples on the hill, and buddhist statues watch over visitors on the short hike to the top. 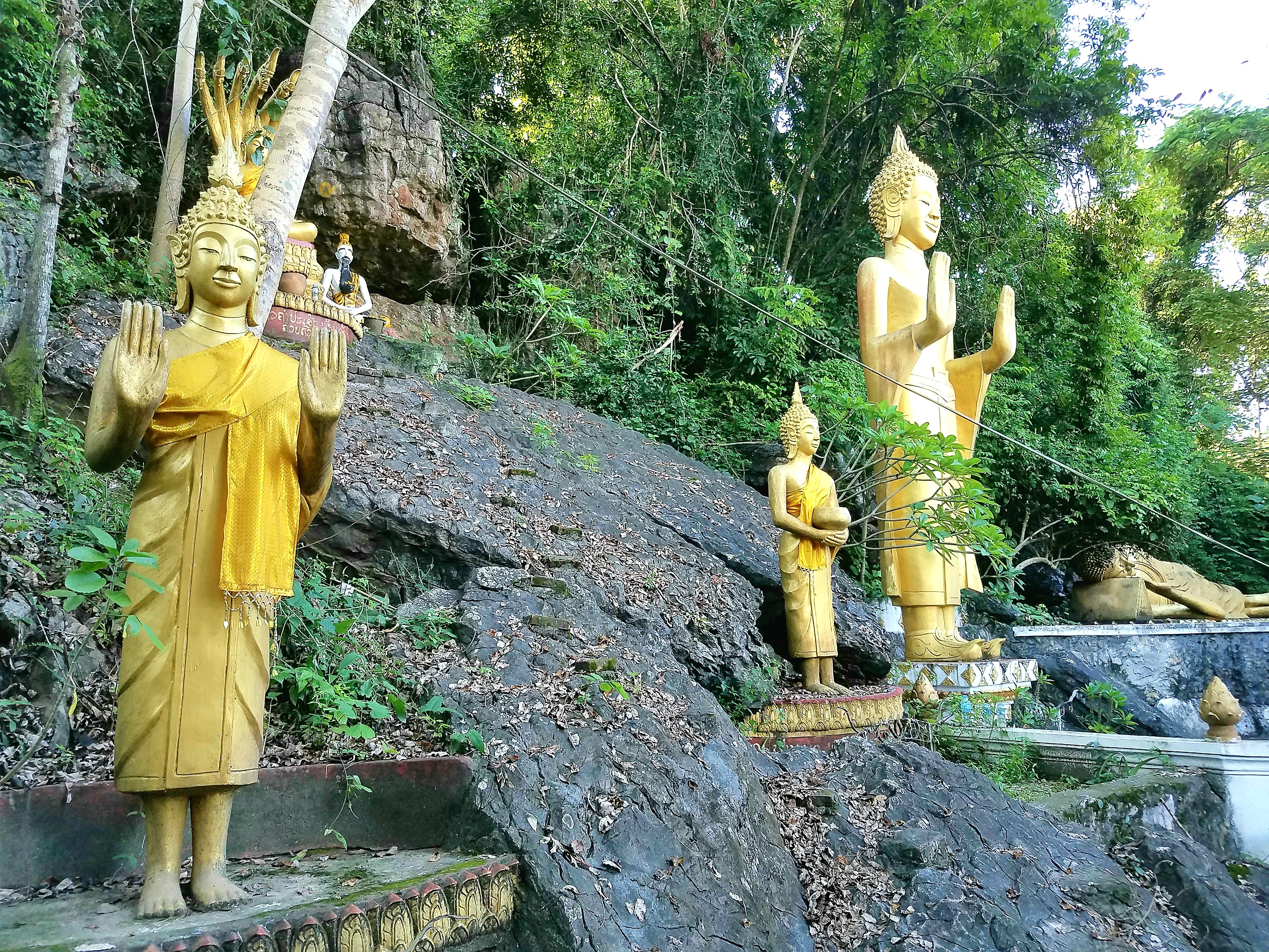 I visited in September. The city was practically devoid of tourists which was unexpected.

Luang Prabang is one of the best places to experience a traditional culture in Southeast Asia. I highly recommend it for a visit or two as I’d love to return.