Is anyone experiencing travel withdrawal syndrome? I know I am. I was very tempted to get take a domestic flight in the United States just to see what travel is like these days. It would soothe my withdrawal symptoms and I could give readers a first-hand report on the experience in the airport, lounges, and on an airplane. Being on an airplane with hospital-grade HEPA air filters recycling cabin air every two- three minutes and with greatly enhanced cleaning procedures airlines have implemented is likely one of the safer public places to be right now.

But infections of SARS-CoV-2, the virus that causes COVIS-19 disease are exploding in the U.S.. The situation is likely to get worse as we enter the Winter months. The risks of all forms of travel are increasing along with the rates of infection in the general population. As one who has controlled asthma and is in an age group that is more susceptible to serious outcomes from an infection, I ultimately decided that, for me, the risk of air travel outweighs the benefit.

Instead of risking life and limb to give you a sense of the state of air travel, I’m sharing a video created by KLM Royal Dutch Airlines. Founded in 1919, KLM is the oldest airline in the world still operating under its original name. The video is less than four minutes long and provides a quick look at the types of changes passengers can generally expect on an international flight.

This video is representative of the experience with many airlines except KLM seems to be offering more onboard service than others and it has a requirement that masks be changed every three hours or if they become soiled or wet.

The onboard service seems very similar to what I experienced in business class on a KLM 747-400 from Amsterdam (AMS) to Houston, TX (IAH) in 2018. I still remember the delicious apple pie that I had on that flight. 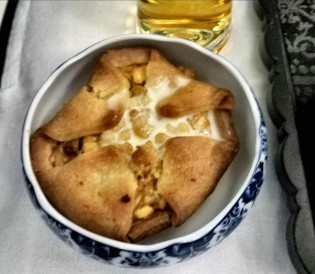 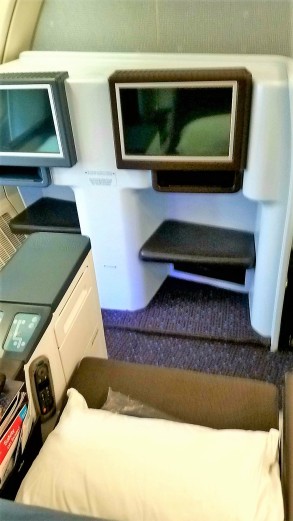 I hope this video helps to curb any cravings for air travel. Stay safe.