About three years ago, René De Lambert, a travel blogger who is an authority on Delta Air Lines’ frequent flyer program organized a farewell salute to Delta’s Boeing 747s, the “Queen of the Skies.” Delta planned to discontinue 747 flights at the end of October 2017. This trip was a chance for readers of Renés Points to get together and pay our respects to an ‘old friend’ that some of us had known since the 1970s.

On October 15, 2017, six or seven of us met in the Detroit Airport (DTW) to catch a 747-400 flight to Tokyo, Japan (NRT). René found a really cheap economy fare that all of us booked and we hoped to use Global Upgrade Certificates to move up to business class if space became available.

A couple of us were upgraded, but I was No. 1 on the upgrade list when all seats were filled. I hate when that happens. If an upgrade doesn’t clear, I’d rather be No. 20 on the list and not have to sweat it out.

Delta inherited its 747-400s from its 2008 merger with Northwest Airlines, which had been my primary airline since 1985. I’d flown the 747 between the U.S. and Tokyo with Northwest and Delta many times over the years. I maintain that the Northwest/Delta 747 upper deck was the best business-class cabin in the sky. With only 14 seats arranged 1-1, the upper deck was like being on a private jet.

The flight to Tokyo was full in economy, too. 747s are one of the most beautiful and iconic aircraft but not the most comfortable in economy with a full flight. I was still pleased to be on a 747 for the 14-hour flight.

We enjoyed a short layover in the Delta SkyClub at NRT although I was surprised to find that one of the two SkyClubs had been closed. 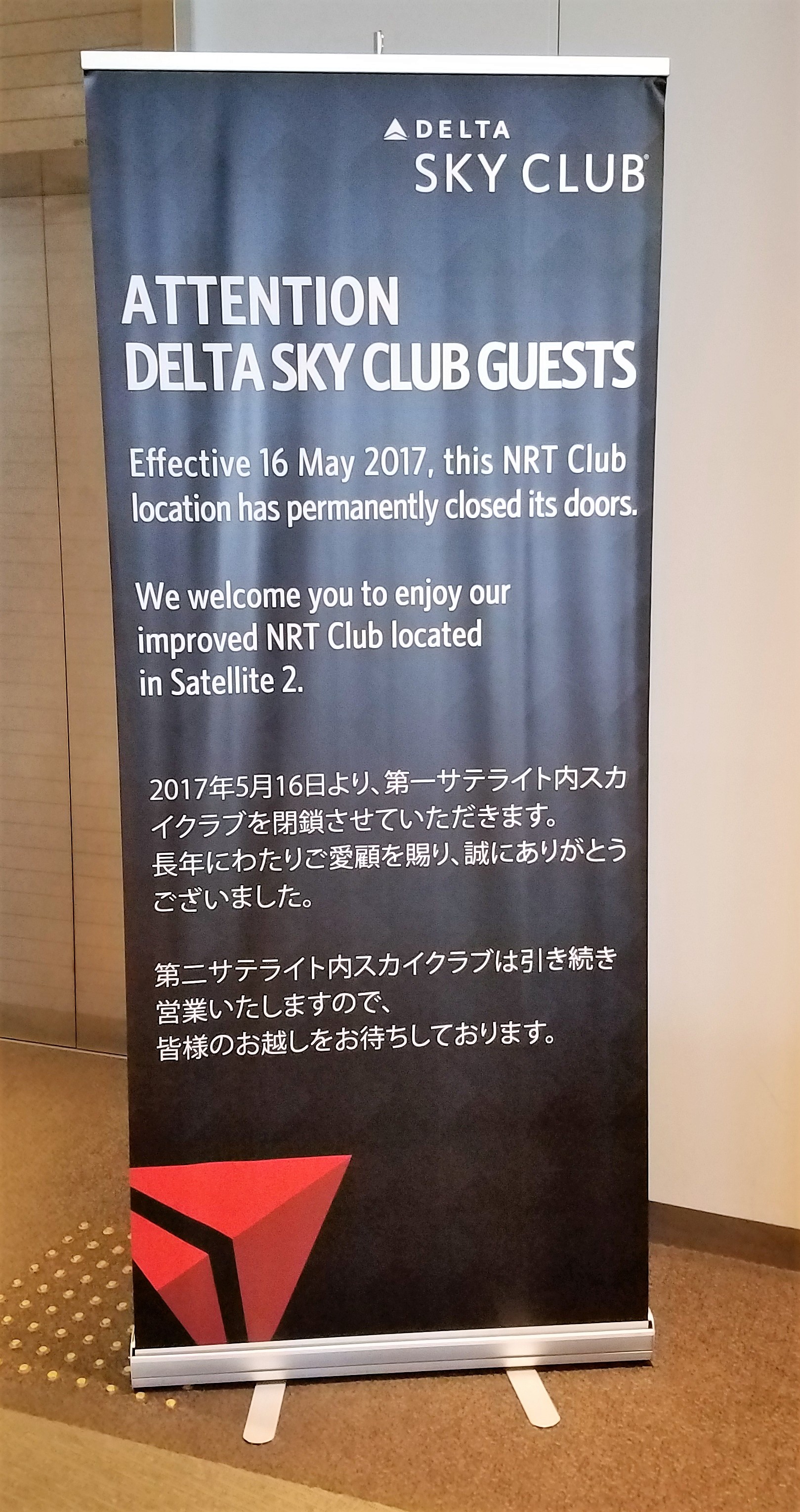 In 2017, Delta was in the process of moving its flights from Narita to Tokyo Haneda Airport (HND) which is much more convenient to central Tokyo. Several years prior, Delta’s Narita operations got the kiss of death when Delta’s CEO visited Narita to thank the Delta employees and pledge continuing support for the operations there. You know the writing is on the wall when that happens.

The flight from Narita to Manila, Philippines (MNL) was on a Delta 767-300. I was upgraded to business class on that relatively short five-hour flight. Delta 767-300s have Delta’s worst business-class seat, but I’ll take it over coach any day.

Arriving late at night in Manila, we were surprised that a couple of Delta reps met our group at the gate. They said they had gotten wind of our little escapade and welcomed us to Manila.

The reps had bottled water and other stuff for us and escorted us to the small transit hotel in the terminal where most were spending the eight-hour overnight layover.

Things got even better the next morning. Delta’s MNL Station Manager and other employees greeted us at the gate and thanked us for our loyalty to Delta and the 747. They also were sad to see the 747s retired.

The station manager gave each of us a few parting gifts including personalized 747 photos.

The flights from Manila to Narita and Narita to Detroit were on 747s. Again I was in economy on both trips.  René was very comfortable though.  The tickets were so cheap it was worth it for him to purchase two tickets and share the cost with another member of the group.   They enjoyed an empty middle seat on the return flight.

René’s work in finding cheap fares and organizing this trip paid off big time.  The greeting and sendoff by Delta’s staff at Manila was an unexpected surprise that was much appreciated.  Delta drives me crazy at times with seemingly incessant devaluations to its frequent flyer program that it calls “enhancements.”  It is the dedication and above-and-beyond efforts of Delta’s customer service employees that makes it an airline that I’m always pleased to fly with.

With many fares being so cheap currently, the trick of buying an extra seat can provide more room and comfort and, more importantly, a greater measure of safety from becoming infected with SARS-CoV-2 inflight.