This post goes back to 2007. My girlfriend and I were in Rome, Italy for the Holidays and visited the Vatican on Christmas Day. At noon, Pope Benedict XVI delivered his Urbi et Orbi message from the balcony on the façade of St. Peter’s Basilica. Uribi et Orbi is Latin for to the city (Rome) and the world.

The address is a standing-room-only affair. St. Peter’s Square, the large plaza situated directly in front of St. Peter’s Basilica in Vatican City, is filled with people from around the world. Others watch from vantage points on the Vatican Palace.

St. Peter’s Square (Piazza San Pietro) was redesigned by Gian Lorenzo Bernini from 1656 to 1667.  It is a large elliptical space framed by a massive Doric colonnade .

Bernini’s design maximizes the number of people who can see the Pope give his blessing from the middle of the façade of the basilica or from a window in the Vatican Palace where the Pope resides.

Vantage points on the Vatican Palace overlook the square and basilica.

The massive crowd in the square divided itself into cheering blocks by country. In 2007, countries from Europe, Asia and South America, and Central America and Mexico were well represented and had their own cheering sections. A competition developed. It appeared that one country would perform a cheer and a different country would take it as a challenge and respond with a cheer of its own. This process went on for what was probably at least 30 minutes.

By the time the Pope appeared the crowd had worked itself into a frenzy of joy and good spirits. The Philippines got my vote as the winner of the cheering contest based on their enthusiasm and variety of well-coordinated cheers.

Marching bands added to the festivities. 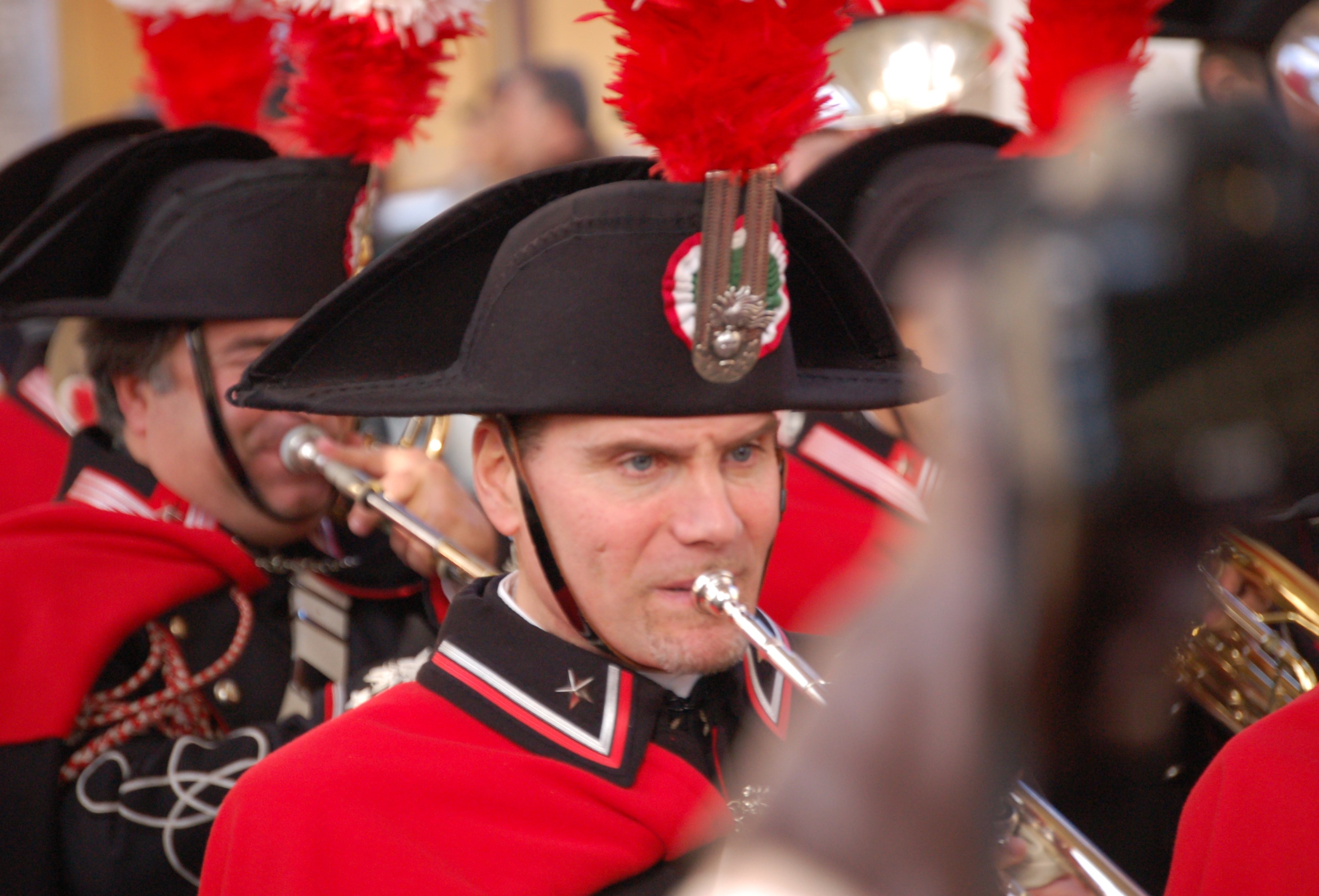 For the Pope’s address we positioned ourselves directly behind the Swiss Guard and had an up-close view of the proceedings. 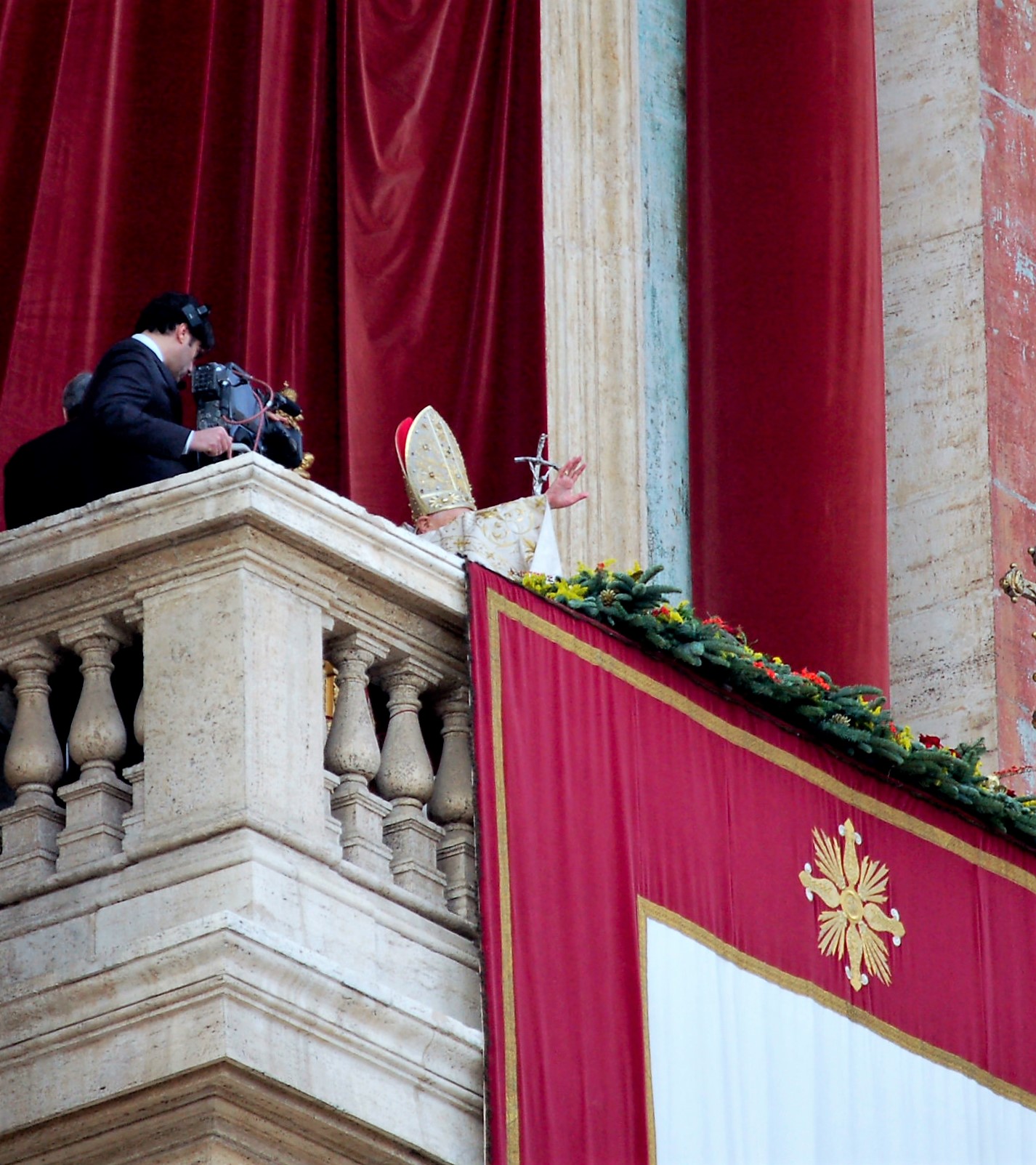 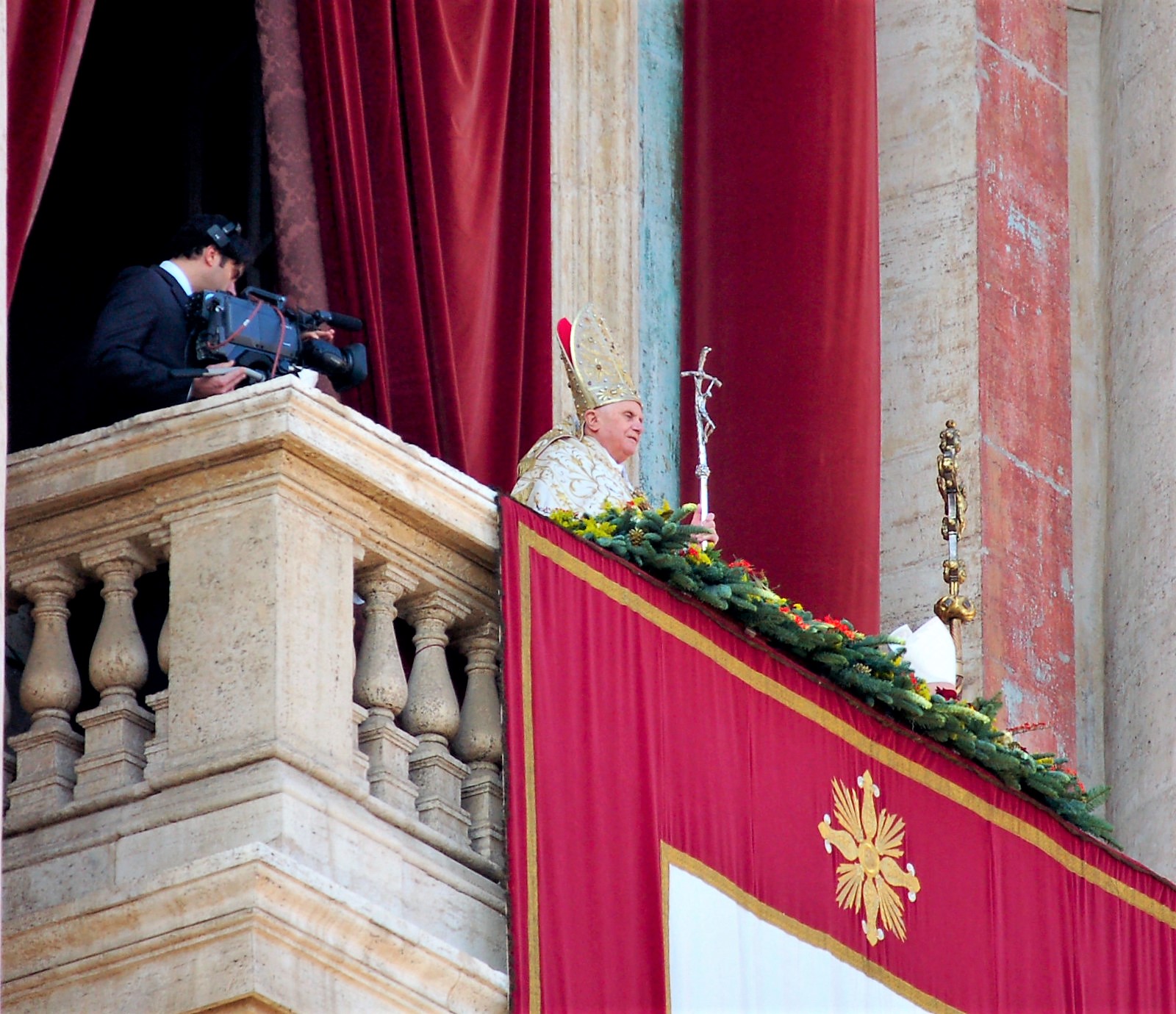 Finally, may the light of Christ, which comes to enlighten every human being, shine forth and bring consolation to those who live in the darkness of poverty, injustice and war; to those who are still denied their legitimate aspirations for a more secure existence, for health, education, stable employment, for fuller participation in civil and political responsibilities, free from oppression and protected from conditions that offend against human dignity. It is the most vulnerable members of society – women, children, the elderly – who are so often the victims of brutal armed conflicts, terrorism and violence of every kind, which inflict such terrible sufferings on entire populations. At the same time, ethnic, religious and political tensions, instability, rivalry, disagreements, and all forms of injustice and discrimination are destroying the internal fabric of many countries and embittering international relations. Throughout the world the number of migrants, refugees and evacuees is also increasing because of frequent natural disasters, often caused by alarming environmental upheavals.

You can read the entire message here. The address was about 15 or 20 minutes, and the Pope delivered it in several languages as I recall.

After the Pope’s speech, we toured St. Peter’s Basilica which had been opened to the public.

The atmosphere in St. Peter’s Square was reminiscent of being at an important college football game in the United States. While there was no alcohol (that I saw), the bands, the enthusiasm, and the coordination of the national cheering sections was worthy of the Rose Bowl. The Pope’s message of love, humility, and respect for all people capped the event perfectly. Christmas at the Vatican in 2007 was one of my most memorable Christmases. Peace be with you

Have you experienced a Christmas at the Vatican?