As previously reported, Yusaku Maezawa, a Japanese billionaire, purchased all of the seats on one of Elon Musk’s SpaceX Starship flights that will circle the Moon once and return to Earth sometime in 2023. The name of this mission is dearMoon. Maezawa is generously offering the seats free of charge to anyone who wants to go.

On March 2, 2021, he invited anyone who wanted to be part of the crew could preregister by filing out basic information and submitting a photo. That was Step 1. I accepted the invitation and was rewarded with this little souvenir. 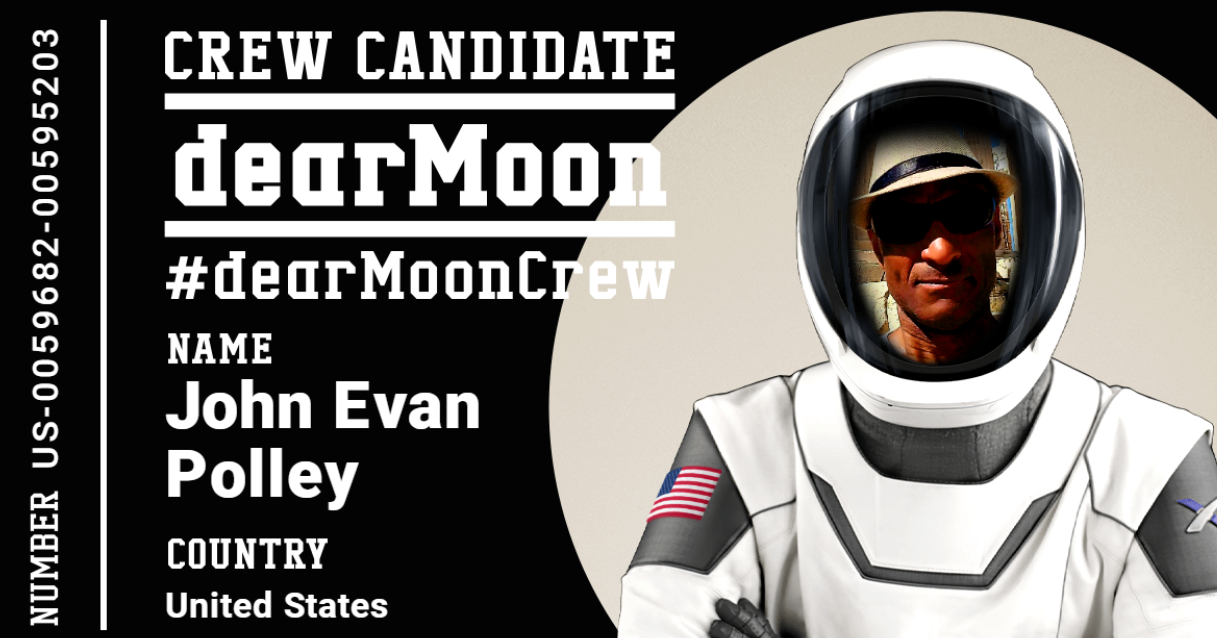 Maezawa reported on March 15 via Twitter that he had received about 1 million preregistrations from all 249 countries and areas in the world. All who preregistered later received an email with the official application form. The applications were due by the 21st of March, but the deadline was extended a couple of days due to issues many reported with the system being unable to accept completed applications.

The application asked for information on residency and nationality, as well as social media accounts. There were also two essay questions for applicants to expound on their passion, vision and thoughts on going to the Moon with dearMoon. That was Step 2.

Next is an online interview, Step4, and then a final interview and medical exam, Step 5. The lucky ones making the final cut will undergo unspecified training and other responsibilities as they await the launch date presently scheduled for 2023.

dearMoon has hundreds of thousands of applicants from which to choose. The selection process won’t be easy for the applicants or dearMoon. The only other time I can recall when civilians were recruited for a one-off space mission was when Christa McAuliffe was selected to be the first teacher in space on the Space Shuttle Challenger. As that mission proved, venturing into space is not without risk but also promises great reward. Good luck to all of the applicants.

dearMoon is a very ambitious project? Is it nuts for normal people to go to the Moon?