If you are about to leave the beautiful State of Hawaii via Honolulu International Airport and could use a break from the stress of travel, enjoy a peaceful and relaxing interlude in the cultural gardens of Terminal 2. Chinese, Japanese and Hawaiian open-air gardens are located one floor below the concourse in the triangular space between the main terminal and the E Gates. That is also where you will find the sculpture of Sun Yat-sen that is the subject of this edition of Sculpture Saturday.

Sun Yat-sen, (November 12, 1866, Zhongshan, Guangdong province, China — March 12, 1925, Beijing), was known as the father of modern China. He was leader of the Chinese Nationalist Party (Kuomintang) and served as the first provisional president of the Republic of China (1911–12) and later as de facto ruler (1923–25). Sun Yat-sen was an advocate of freedom, equality, and humanitarianism, and is figure who is admired by Chinese on the mainland and on Taiwan.

This statue was erected on November 12, 1965, to commemorate the 100th anniversary of the birth of Dr. Sun Yat-sen. On the front of its pedestal is engraved the words “The world is for the public.” 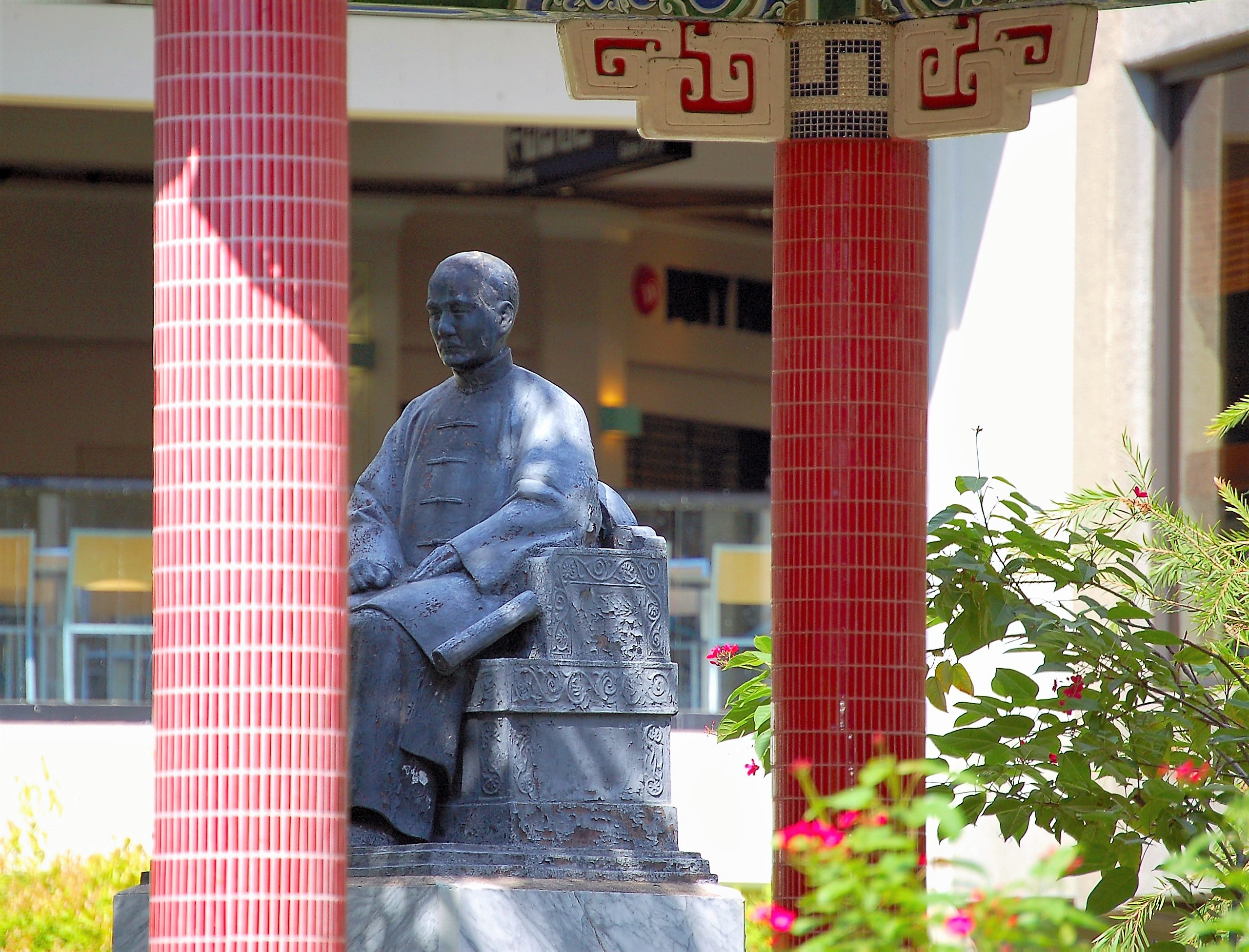 At age 13 in 1879, Sun Yat-sen was sent to live with his older brother who had achieved success as a businessperson in Honolulu in the Kingdom of Hawaii. He studied at Iolani School, a British missionary school, for three years and at an American school, Oahu College, for another year. In Hawaii, Sun Yat-sen was exposed to Western culture and religion that later had great influence on his political career.

The Chinese, Hawaiian and Japanese Gardens were designed by Richard C. Tongg in 1962 when Daniel K. Inouye International Airport was built. 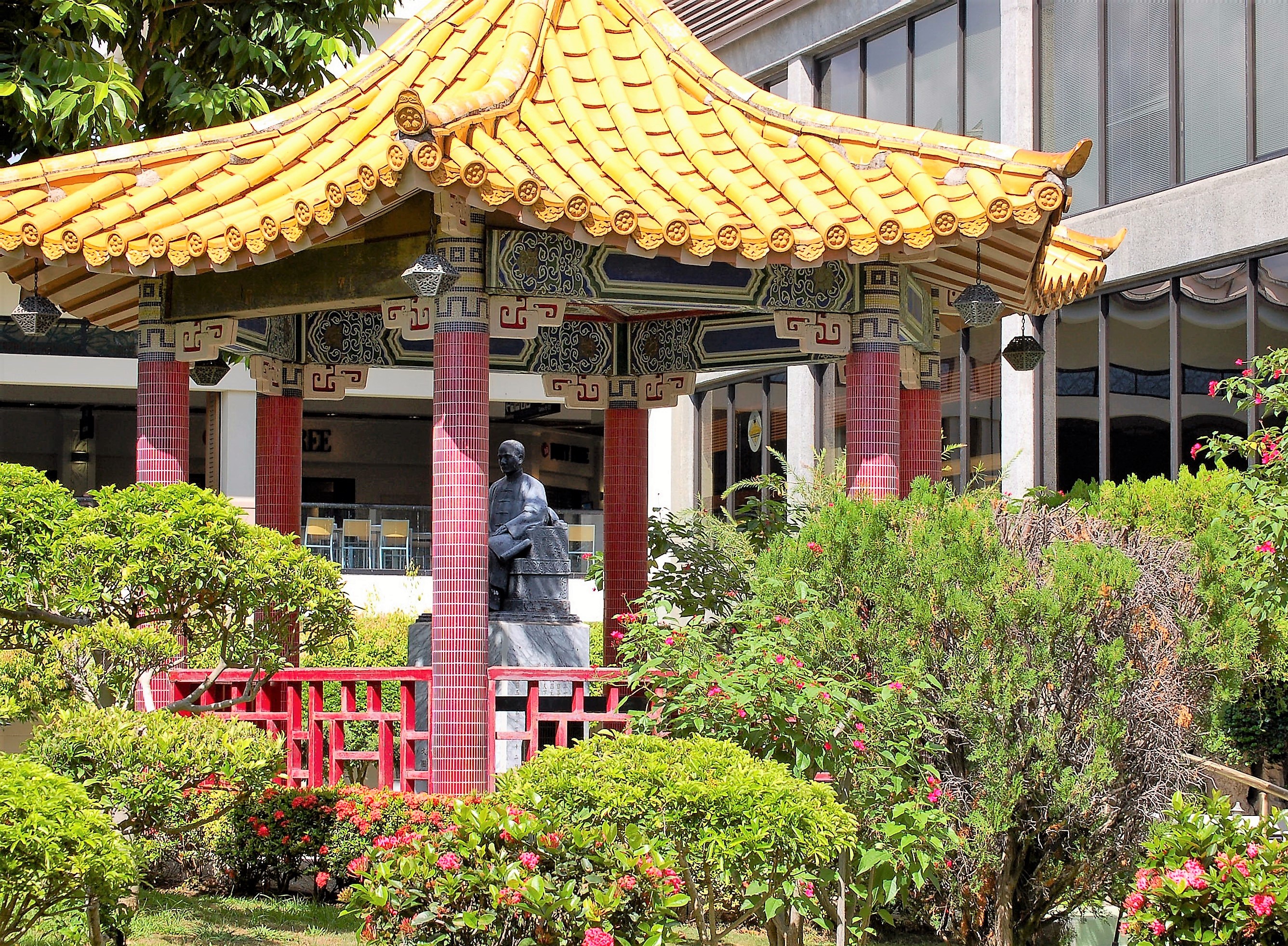 The Sun Yat-sen statue is located next to a Chinese resting pavilion with a yellow roof. Pay him a visit and take delight in the peaceful gardens before your flight.