Last month I passed along worldwide vaccination statistics as compiled by the Bloomberg Vaccine Tracker. Vaccine distribution was beginning to ramp up in many countries. Statistics as of April 5, 2021, reveal that the number of people who are vaccinated on a daily basis continues to rise.

As of April 5, 2021, 673 million doses have been administered worldwide. The average number of vaccines administered daily is currently 16.2 million. 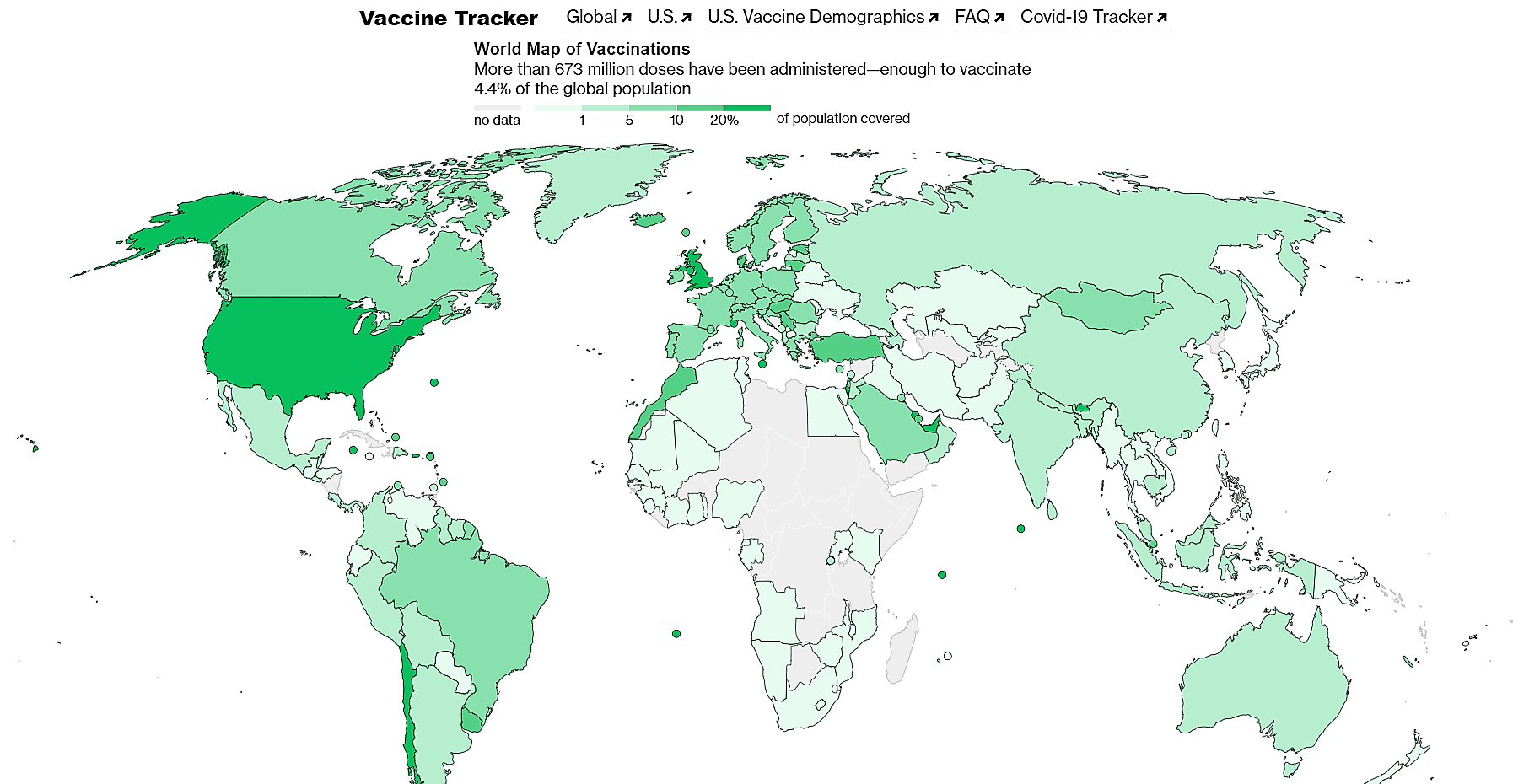 The color coding shows relative progress among countries. Go to the website and mouse over a country to see its statistics.

This is a big improvement from the situation at the end of February. At that time, only 279 million shots had been given and only 6.6 million doses were being administered per day.

The United States has given the largest number of doses, but there is wide variation by state and by location within states. In the U.S., more Americans have received at least one dose than have tested positive for the virus since the pandemic began. So far, 167 million doses have been given. In the last week, an average of 3.05 million doses per day were administered.

Visit the website and scroll over any state to see its vaccination statistics.

When will life return to normal?

It takes a coordinated, global campaign to stop a pandemic. Anthony Fauci, the top infectious-disease official in the U.S., has said that vaccinating 70% to 85% of the U.S. population would enable a return to normalcy.

On a global scale, that’s a daunting level of vaccination. At the current pace of 16.2 million doses a day, it would take years to achieve a significant level of global immunity. The rate, however, is steadily increasing, and new vaccines by additional manufacturers are coming to market.

Many people I know have already had shots or are scheduled for them. These who await an opportunity to be vaccinated should be encouraged. The U.S. could reach herd immunity this summer, and large parts of the rest of the world potentially within a few months after that. A big unknown is the extent to which people refusing to be vaccinated will slow down the process.