Iñigo Manglano-Ovalle’s Cloud Prototype No. 6 is a sculpture made from aluminum alloy foil, fiberglass, and steel. He based the sculpture on altocumulus lenticular clouds, which form when ambient airflow is disrupted by mountains. Suspended near Gate B33 in the Zurich Airport, the sculpture is representative of weather patterns common in mountain ranges such as the Alps.  When I took the photo, I thought it was some kind of UFO spaceship. 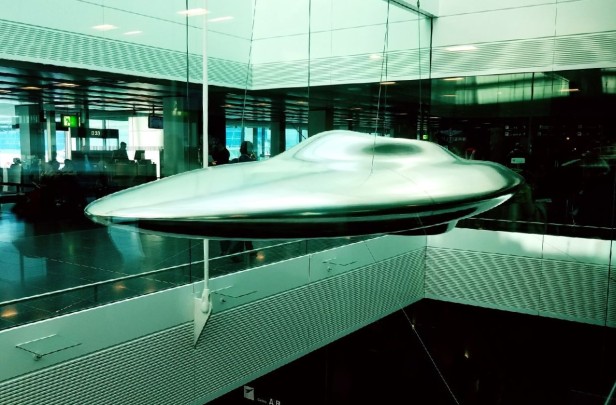 Iñigo Manglano-Ovalle was born in Madrid, Spain, in 1961, and was raised in Bogotá, Colombia, and Chicago, Illinois.