AirlineRatings.com, an Australian company that rates airline safety and products, recently announced its top 20 airlines of 2021. Qatar Airways walked away with the top spot beating out last year’s winner, Air New Zealand. Unlike SkyTrax ratings, which are based on customer surveys, AirlineRatings.com bases its ratings on evaluations by a team of its editors.

Airlines must achieve a top safety rating and demonstrate leadership in innovation for passenger comfort. The exact methodology used for the rankings isn’t revealed. AirlineRankings.com states generally that editors are directed to look for a consistent level of service, innovation, and staff engagement from each contender. Editors also consider audited feedback passengers leave on its website.

Prior to the pandemic, I’ve had the pleasure of flying all of these carriers other than Virgin Australia, Emirates, Lufthansa, and Air New Zealand. Having flown Qatar quite a few times in business class (so far never first class) I totally agree with its No. 1 ranking.

Qatar business class is as good as, if not better than, first class on some other airlines – American Airlines being one.

A typical Qatar business class dinner.  (Scroll over or click on photos for captions.) 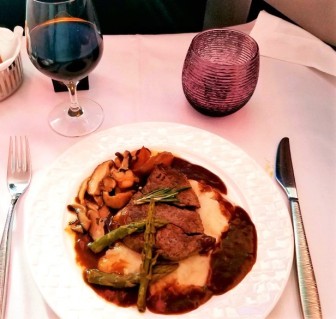 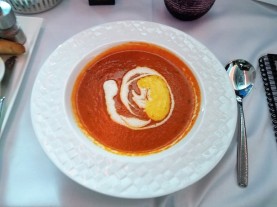 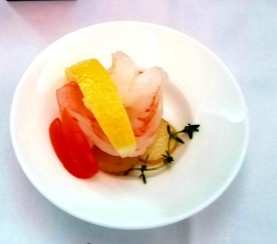 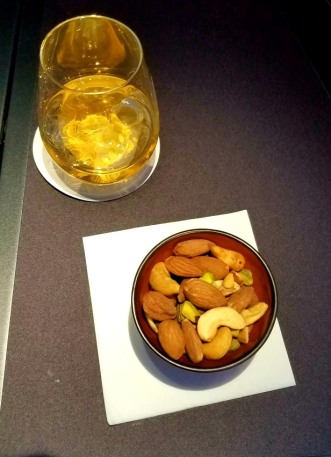 Cocktail and nuts in a bowl rather than packaged

Except for Alaska Airlines, all of the top 20 airlines are full-service, non-discount, carriers that offer premium-cabin service (first class and/or business class) on long-haul international routes.

Almost all of these carriers also offer premium business class lounges and the ones that offer international first class (Qatar, Emirates, Etihad, Qantas, British Airways and Cathay Pacific) have first class lounges that blow my mind as far as food, amenities and overall luxury. 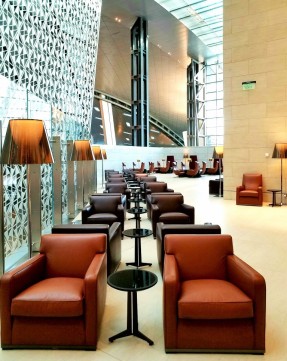 On the strength of its first class product and lounges, I think Etihad merits higher than 20th position.

AirlineRatings.com’s list consists of the usual suspects of premium airlines, but there are a few surprises. Based on reputation and personal experience, I would have expected that Turkish Airlines, Air France, Asiana Airlines, Swiss Air Lines and maybe even Garuda Indonesia or Malaysia Airlines would have made the list.

Singapore Airlines definitely makes my top 3 for its onboard service and lounges. This airline is the epitome of luxury and service.

Krug champagne for a pre-departure beverage

If you get tired of Krug, try the Dom Perignon 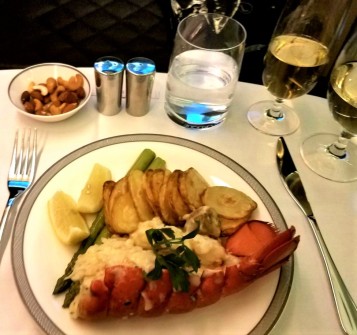 Finnair is a very good airline with good service though perhaps a cut below the top five or six.  Here’s a look at its A350-900 business class. 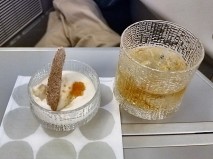 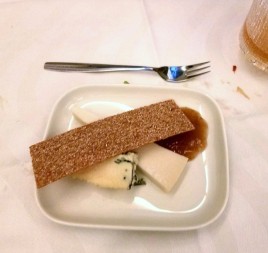 ANA, All Nippon Airways, and Japan Airlines are solidly in the top 20 if not the top 10. 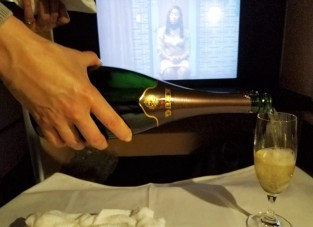 Those photos show what it takes to belong in the top 20.

Can You Spot The Four Impostors In The List?

Some tests and puzzles list or show pictures of items and ask which ones don’t belong.  Let’s play that game with the list of the top 20 best airlines in the world.  In my view, four airlines stand out like sore thumbs as being unlike the others.  Which airlines would you say are the odd ones?

Cutting to the chase, I’d give the boot to the four airlines based in the U.S., United, Delta, Alaska and Hawaiian.  Nothing personal America.  In comparison to the other airlines on the list, these four just don’t cut the mustard as my high school music teacher used to say.  For various reasons, these are B grade airlines at best.

The biggest impostor is United Airlines.  Ranking United as the 8th best airline in the world is a joke.  How the AirlineRatings editors did so with a straight face is beyond me.  With its history of poor customer service and unimpressive performance statistics, United isn’t even one of the top five U.S. airlines.

United deserves credit for the wonderful Polaris lounges it began opening a few years ago.  These are probably the best U.S. airline lounges.  They serve United business class passengers and the business and first class passengers of its Star Alliance partners.  In America, only American Airlines Flagship lounges are comparable.  Unfortunately, the Polaris lounges can’t make up for United’s other deficiencies.

Polaris lounges are the only U.S. lounges with a la carte dining facilities for business class passengers 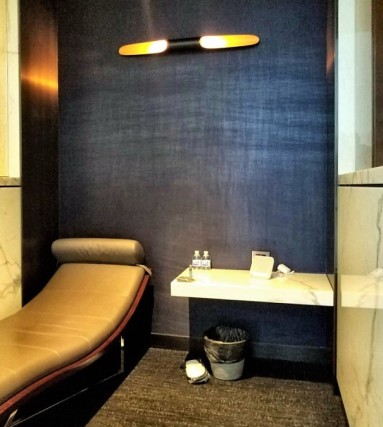 Delta was the first airline to put a door on a business class seat and call it a suite. The door improves privacy; however, these seats feel cramped after a few hours.

Delta has good on-time performance and the service of its flight attendants, though below many Asian airlines and the best European ones, is among the best in the U.S.. Delta suffers from a lack of dedicated business class lounges and a fleet that is one of the older ones out there. Delta hasn’t ordered a new Boeing aircraft in the last decade. It has no 787s, my favorite airliner.

Alaska and Hawaiian are good but not world class especially in view of their comparatively limited route networks. One great thing about Hawaiian is if you are on that airline you are very likely going to or coming from a very nice destination.

Alaska Airlines is my No.1 U.S. airline primarily because of its customer service and frequent flyer program. Alaska probably benefited from the the boost in prestige it obtained by becoming a member of the oneworld airline alliance this year.

In addition to the criteria these agencies use for their evaluations, I think airline rankings should consider ticket prices, the value the airline’s frequent flyer program provides to customers, and the benefits of the airline’s co-branded credit card(s). The ability to use one airline’s miles for travel on its partners should also be factored in.

Do you agree with the AirlinesRatings.com editors? Which airlines, if any, would you add to or remove from this list?

31 thoughts on “AirlineRatings.com Announced Its List Of The Top 20 Airlines Of 2021 – Can You Find The Four That Don’t Belong?”