The sculpture affectionately officially titled Large Firebird on an Arch, but affectionally known as Disco Chicken, guards the entrance to the Bechtler Museum of Modern Art in Charlotte, North Carolina. 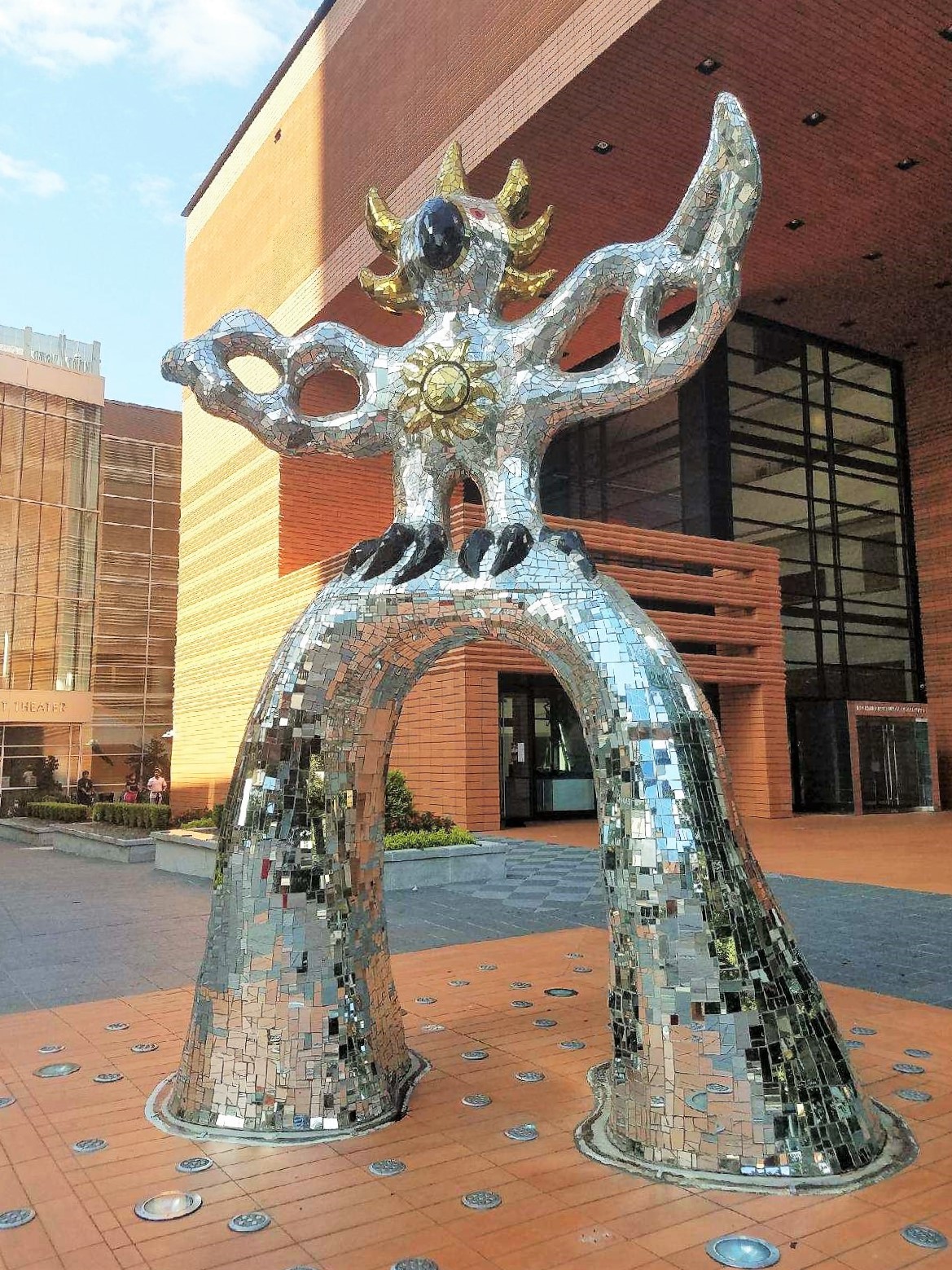 French-American artist Niki de Saint Phalle created the sculpture in 1991. It stands nearly 18 feet (5.5 m) tall and is covered in hundreds of pieces of mirrored glass like a disco ball. Disco Chicken was permanently installed at the Bechtler Museum in 2009.

At first glance, the sculpture appears to be a large bird with bowed legs strutting while wearing bell bottom pants. It is reminiscent of some of the line dancers on the Soul Train TV shows in the1970s.

What do you think of Disco Chicken?