This is a continuation of the story of flightseeing flights in Denali National Park in spring 2021. See Part 1 for background on the flights, costs, and other photos of Denali and the Alaska Range.

The first flight on May 16, 2021, was slated to land at Denali Base Camp on Kahiltna Glacier to drop off a few climbers. Weather reports from base camp nixed that idea before takeoff. In fact, clouds and low visibility closed all of the glacier landing sites that day. The next day, the weather improved enough to permit a glacier landing.

It was fortunate I wasn’t flying. The uniform color and texture of the snow made me think we were higher above the surface than we actually were. Setting the Otter down softly was a piece of cake for Leighan.

After landing everyone got out to walk around and try their glacier boots.  The bowl-shaped terrain and reflective snow concentrated the sun’s energy and warmed us as we took a look around.

The top few inches of snow was soft and wet — perfect snowball consistency.  Restraint and maturity prevailed. No snowball fights broke out, I’m sorry to say.

That afternoon, I ran into the two men in the photo below at the Denali Brewery in Talkeetna.  The dad lives in Michigan and traveled to Alaska to see his son on the same airfare sale that was the impetus for our trip.

The landing strip got crowded as five or six more planes landed while we were there.  It seemed that all of the pilots who were up wanted to take advantage of the opportunity to get their clients on a glacier before the weather changed.

The area around Pika Glacier is called Little Switzerland.  The glacier is bounded by several peaks and rock formations with technically challenging routes that can be climbed in a day.  The area is also popular with backcountry skiers. 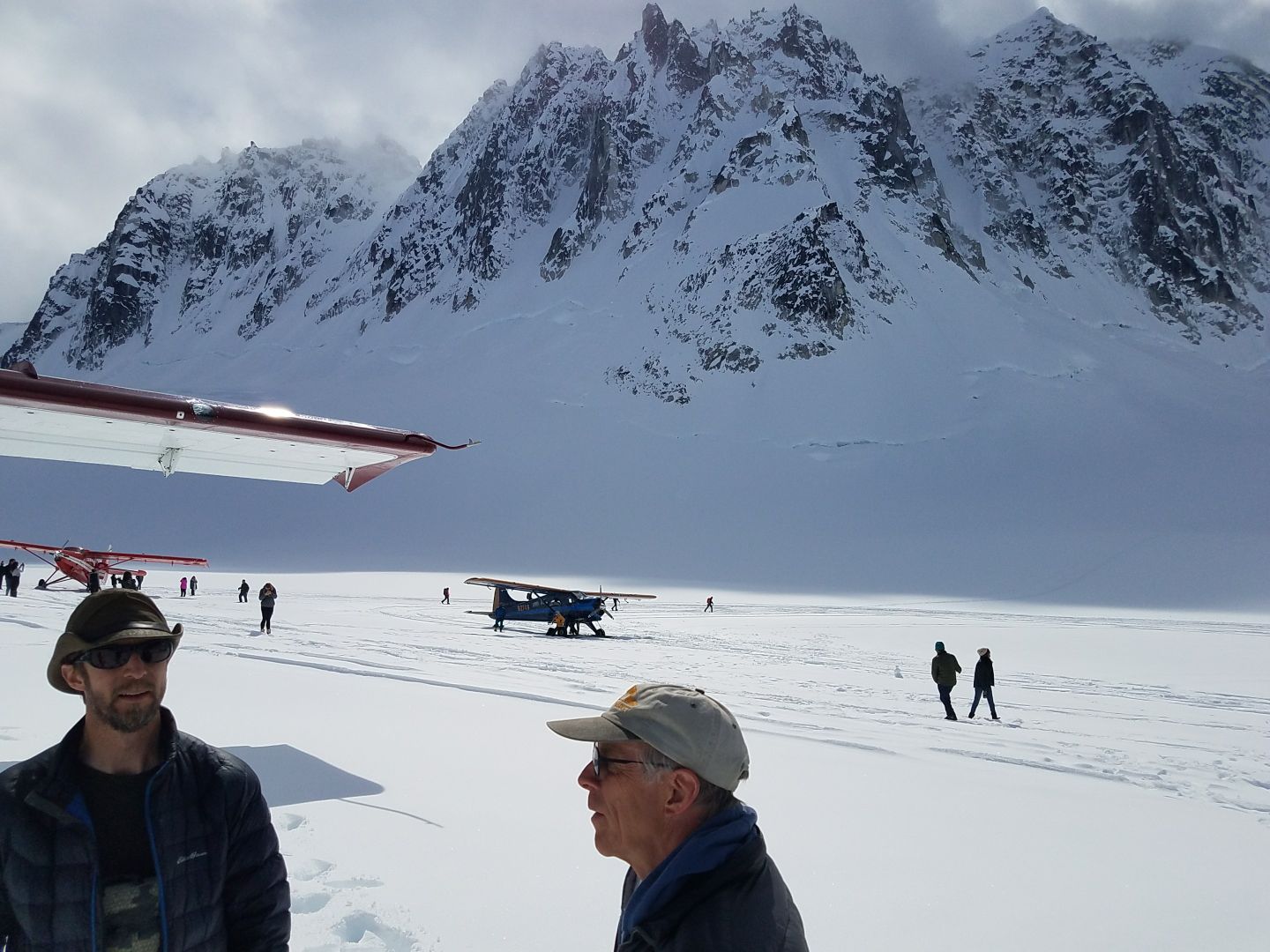 In the early 2000’s we landed on a different glacier in a smaller plane.  The weather was much nicer on that day in August with unobstructed views throughout the range.

The peaks in Denali National Park spawn 40 named and hundreds of smaller, unnamed glaciers. Probably the most famous are Kahiltna Glacier and Ruth Glacier.

Kahiltna Glacier is the longest glacier in the Alaska Range at 44 miles (71 km) in length.

The Southeast Fork of Kahiltna Glacier is the site of the airstrip and base camp for Denali at an elevation of approximately 7,000 ft (2,133 m). It also serves as the base camp for climbers attempting routes on the west or north sides of the formidable Mount Hunter, and on the east or southeast sides of Mount Foraker.

Bad weather on May 16 prevented landing at the base camp to drop off climbers. On May 17, however, we had a clear view of Denali Base Camp from overhead. Too bad there were no climbers to drop off on that flight. It would have been fun to get a look at base camp up close.

The upper Ruth Glacier, which is almost three vertical miles below the summit of Denali, is the ultimate depository for all of the snow that falls on the southeast side of the mountain. Snow and ice that accumulates in this area is squeezed through the one-mile-wide (1.6 km) bottleneck of the Great Gorge. Through this gorge, the glacier drops nearly 2,000 feet over ten miles and is raked with crevasses. The gorge is buttressed on either side by solid granite cliffs that tower up to 5,000 ft (1,524 m) above the glacier’s surface. The height from the top of the cliffs to the bottom of the glacier exceeds the depth of the Grand Canyon.

I missed out on clear views of the two most outstanding features of the Ruth Glacier. The Don Sheldon Amphitheater and the Great Gorge were obscured by cloud. We could see the Mooses (sic) Tooth on the east side of the Great Gorge. The full view of the gorge remained hidden.


Take a look at these other photos of some of the many glaciers of Denali national Park. 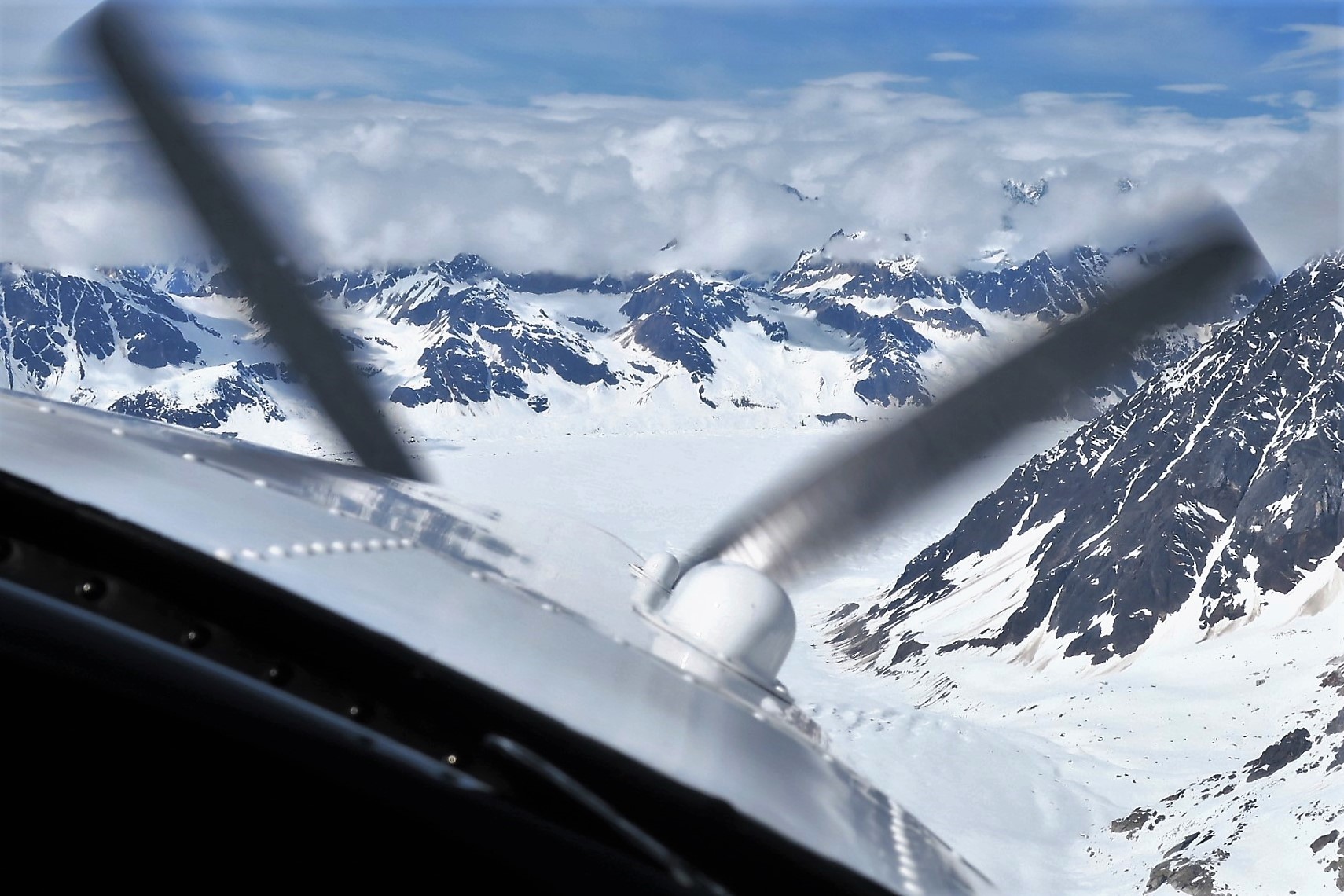 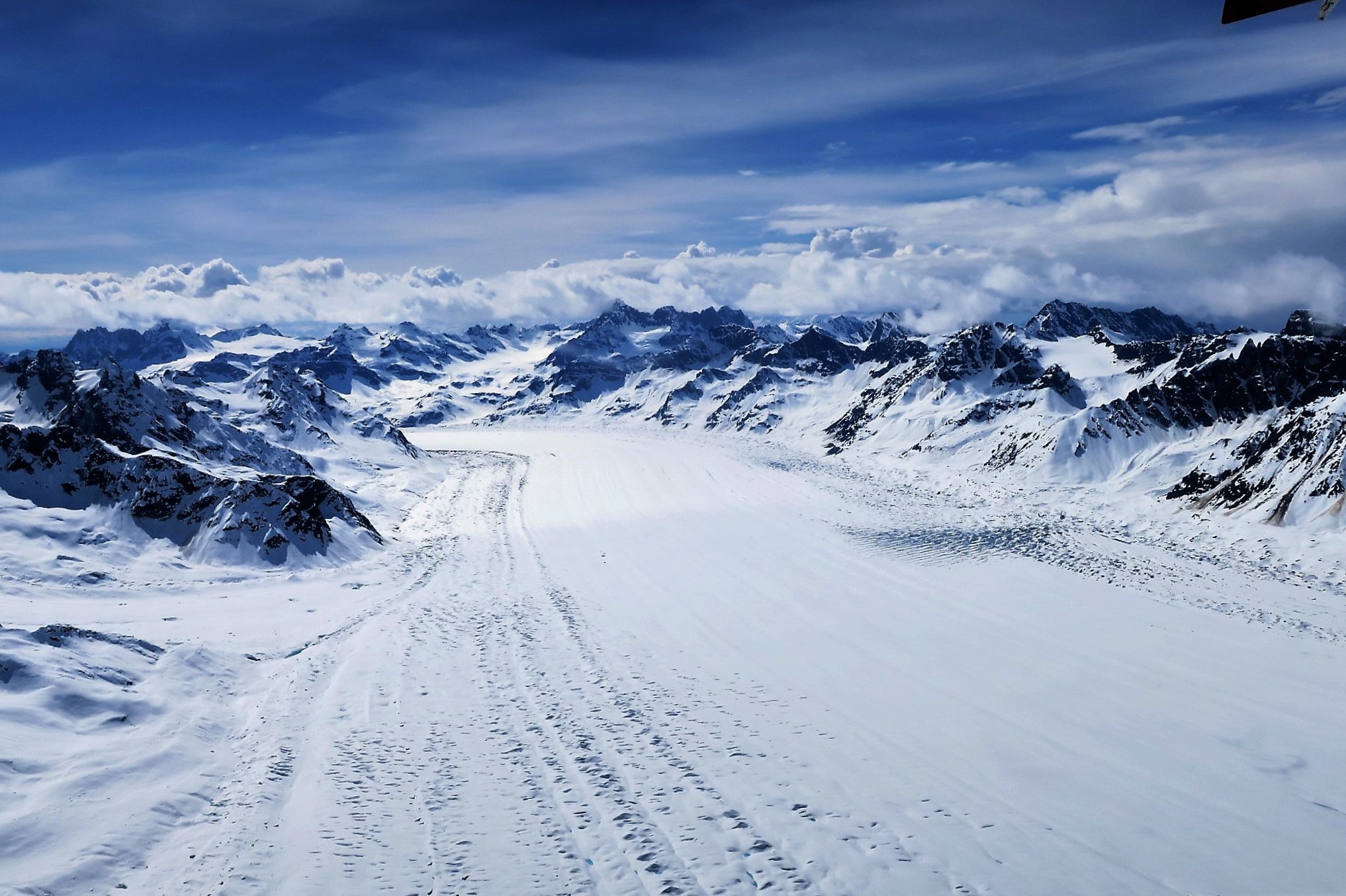 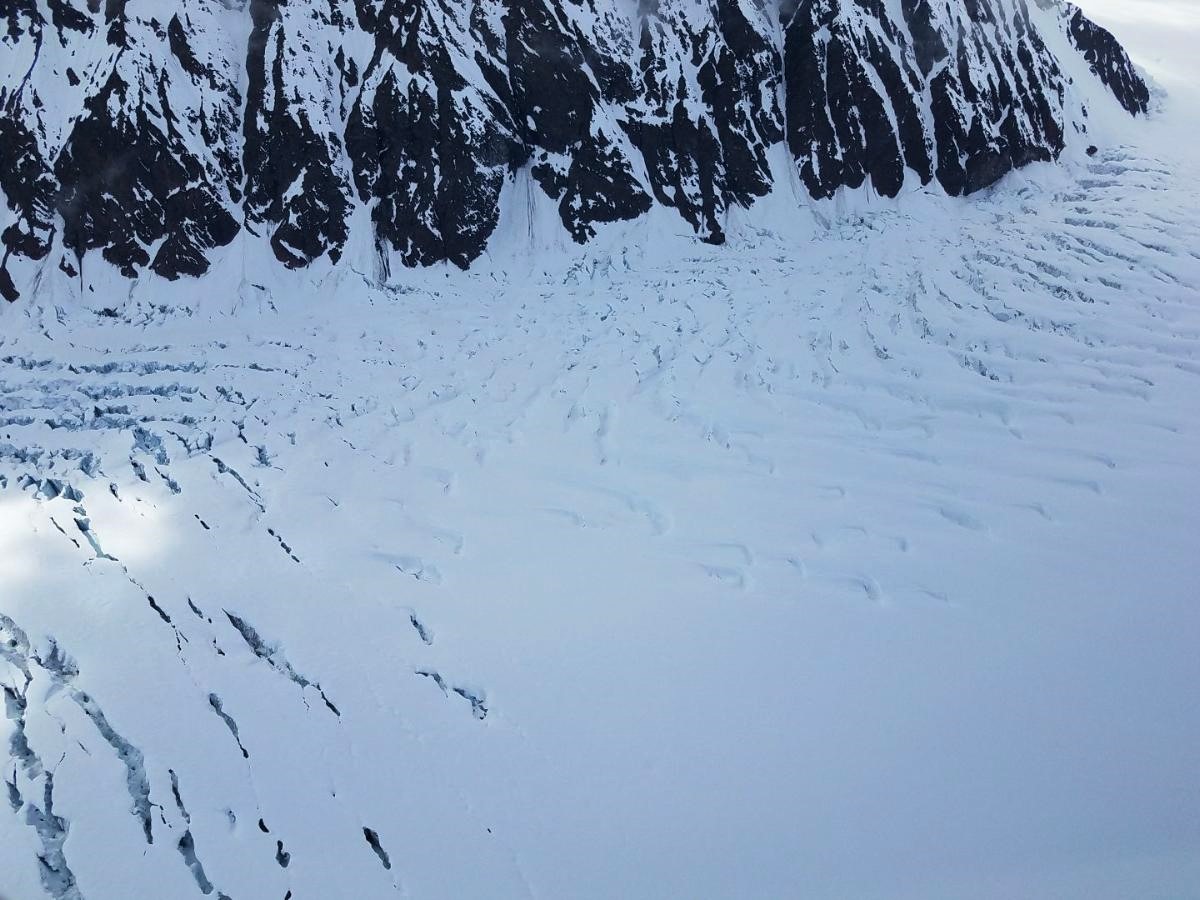 Those with a taste for luxurious accommodations in stunning remote places and a wallet to match might consider spending a few nights at the Sheldon Chalet which is perched on a rocky outcropping in the Don Sheldon Amphitheater of Ruth Glacier.

The chalet was built by descendants Alaska Range bush pilot extraordinaire Don Sheldon. In the 1950’s, Sheldon acquired the five acres the chalet sits on before Denali became a national park. With much difficulty, in the 1960s, he built a small cabin there by flying in all of the construction materials with his Super Cub. The cabin remains in use.

The chalet comes with a gourmet chef and other amenities. I’m not sure if those things are included in the nightly cost which was $2,300/night in 2017. If so, or even if not, the amazing scenery makes staying here worth at least dreaming about. If they could rent by the hour, it would be a no brainer for an hour or two.

Here is a four-minute video about staying in the Sheldon Chalet. Check it out for a peek at what I think must be the lifestyle of the rich and famous.

I enjoyed these flights even more than the Yeti Airlines sightseeing flight in Nepal in 2016 to see Mount Everest and that was an incredible experience. The plane, a pressurized twin-engine Jetstream 41, was nicer than the Otter, but the flight path had to stay outside of the national park some 20-25 miles from Everest. The Yeti Airlines champagne was a nice touch. 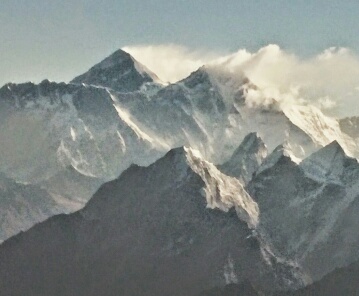 Thanks for coming along. I hope the photos conveyed some of the feelings of awe we experienced. Have a great week!