Bike tours and walking tours are great ways to get a feel for a place, mingle with the population, and develop a relationship with the tour guide. The good-old Hop On Hop Off bus, while devoted mostly to the most popular tourist spots, also can be an excellent way to get the lay of the land in a new city. A trip to Thailand in November 2021 provided the opportunity for a tour of Bangkok by bicycle.

This was my second Bangkok bike tour. The first tour in 2018 was so interesting and enjoyable, trying another one this time was a no brainer. I used a different company and had no fears of seeing the same sights. Bangkok is huge.

The company I chose was appropriately named Bangkok By Bike. It is located at Somdet Phra Pinklao soi 17, Khwaeng Arun Amarin, Khet Bangkok Noi, Krung Thep Maha Nakhon 10700. The easiest way to find it is to tell the taxi driver it is across the street from PATA a well-known department store.

The owner, a Swede, greeted me when I arrived. He married a Thai woman and relocated to Bangkok about 15 years ago.

This excursion is usually a small group tour with a minimum of 2 and a maximum of 10 customers. In this case, the lack of tourists allowed booking the tour as a single.

Bikes had some wear and tear but were adequate for the task. They had multi-speed gears and hand brakes. I set the gears to a medium level and changed only a couple of times during the 4.5 hour the tour.

We navigated busy Bangkok streets for about 10 minutes before branching off into narrow paths and alleyways of residential districts and rural areas in the heart of the city. I’ve used a few photos from By Bike to supplement the ones I took. Riding the bike on the narrow paths and keeping up with the guide was my primary concern.

Countryside in the City 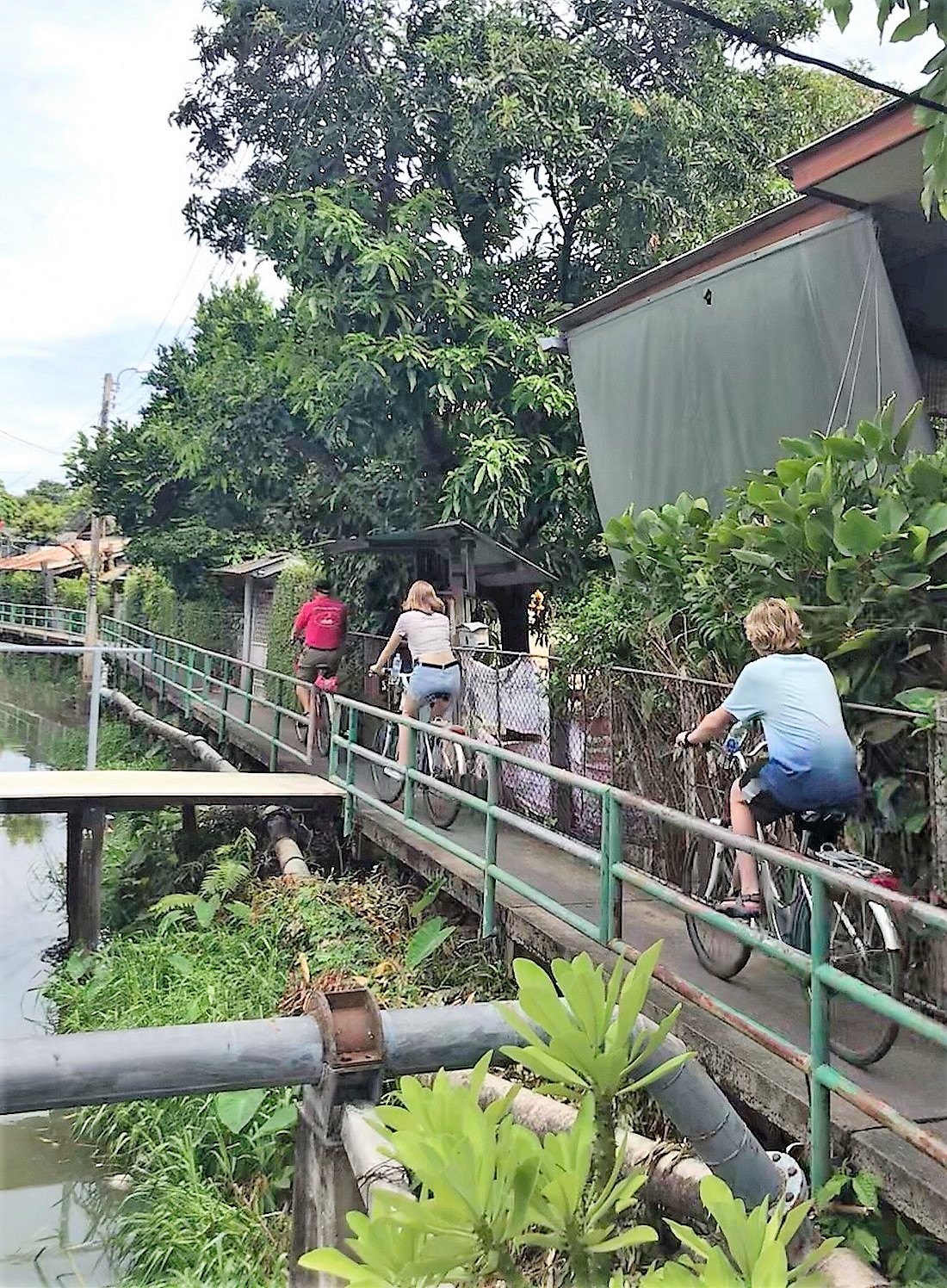 Paths by canals had railings unlike the first tour. By Bike photo.

From a historical perspective, the most interesting stop was Jiam Sang Sajja Bronze Factory.  It is located in Baan Bu, a community in Bangkok Noi (Little Bangkok), a heritage neighborhood dating back to the origins of Bangkok.

Artisans produce magnificent bronze bowls using time consuming and labor intensive methods developed during Thailand’s Ayutthaya period.  When the Ayutthaya kingdom fell in 1767, the craftsmen moved to Bangkok.  Their skills and processes have been handed down for generations but are said to be in danger of vanishing because it is difficult to recruit new workers.

You should see this 20-second video for a taste of what this work is like.

It is nice that the workers welcome passersby. The factory is pretty hard to find; so few people drop in. I think they were glad to have people see how much effort goes into making their products. 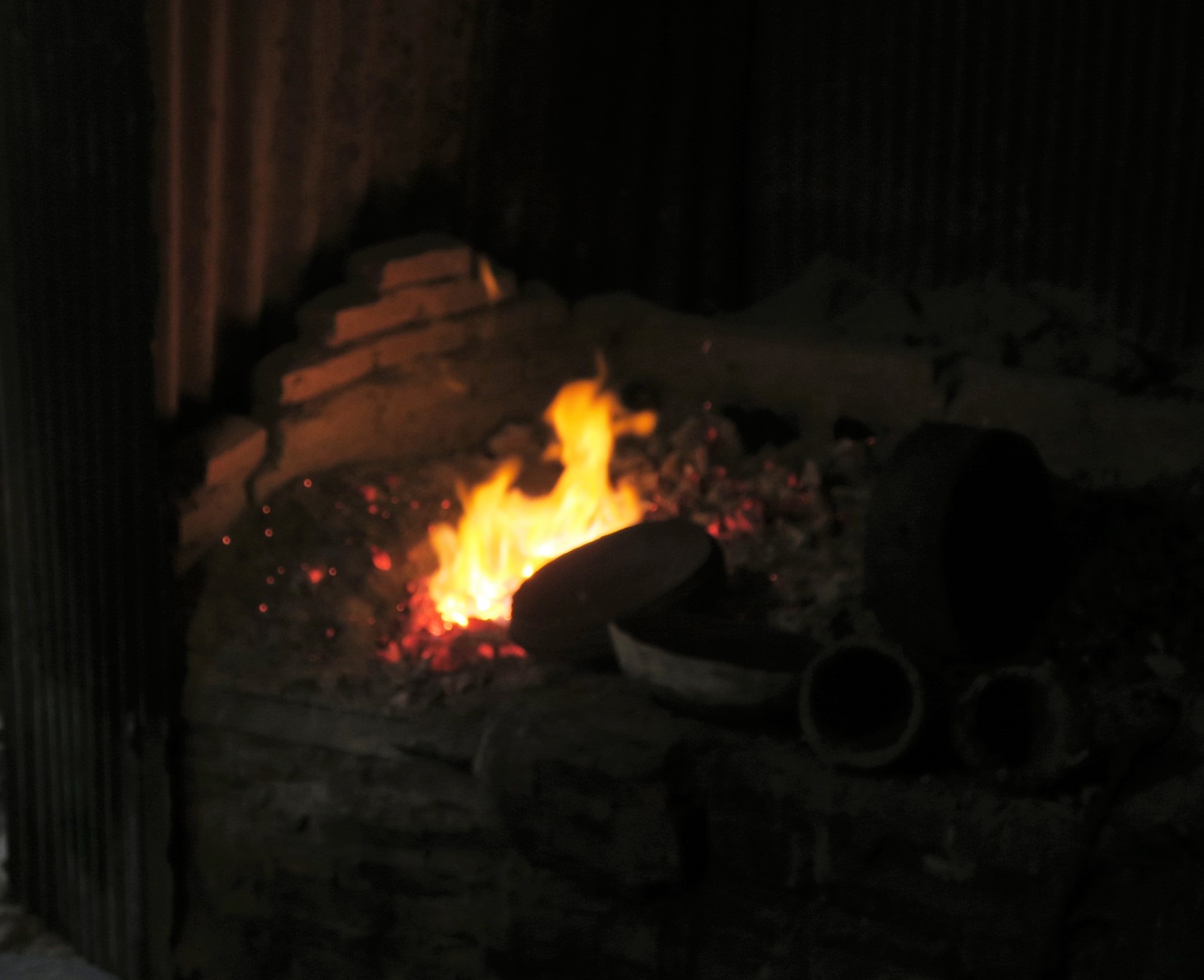 Lunch by a Canal

My favorite part of the tour was lunch.  We stopped at family-run restaurant by a canal.  A typical Thai lunch was included in the $40 price of the tour. 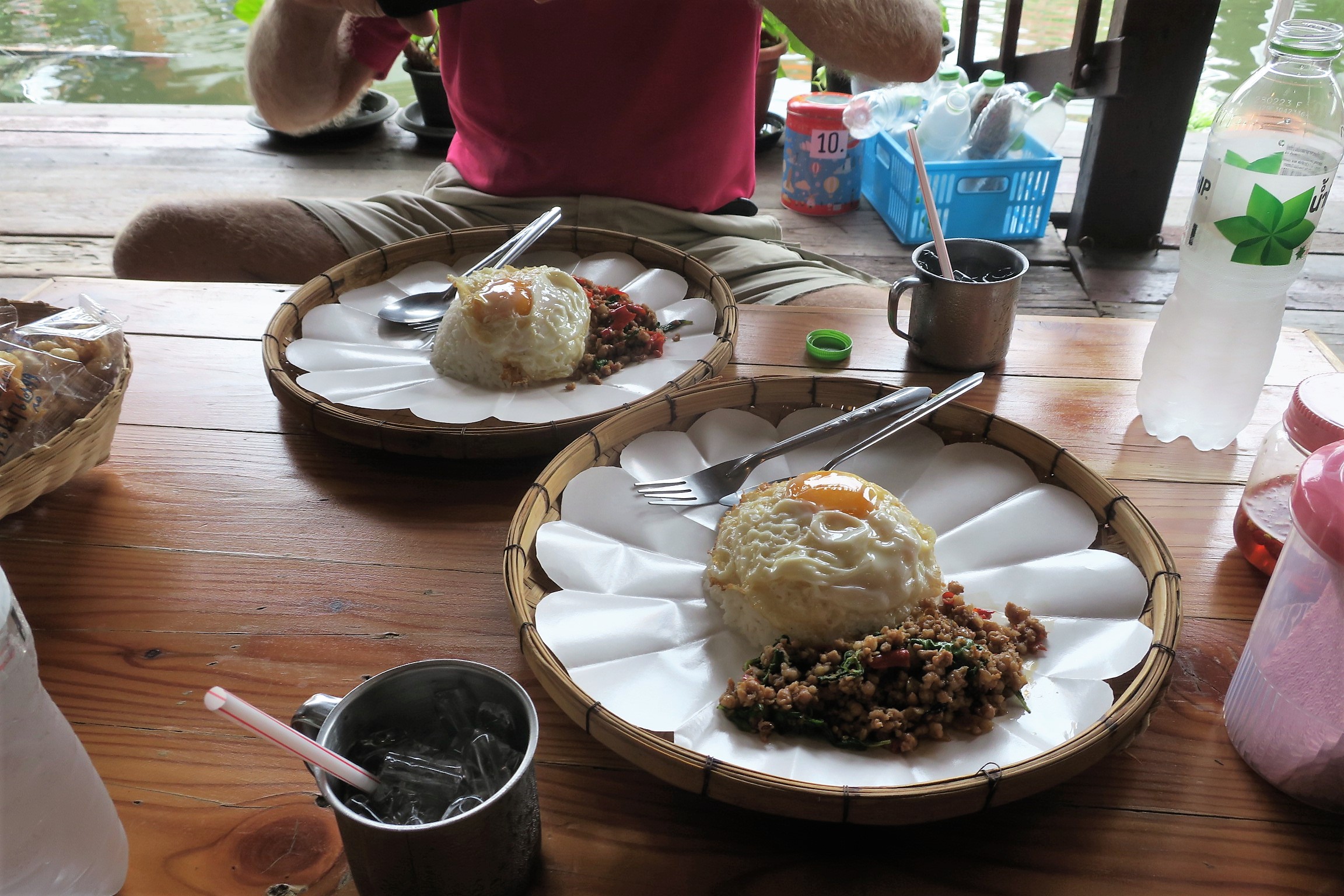 I think every Bangkok tour stops at a temple or two.  One temple we visited had a giant statue of a monk in the courtyard. 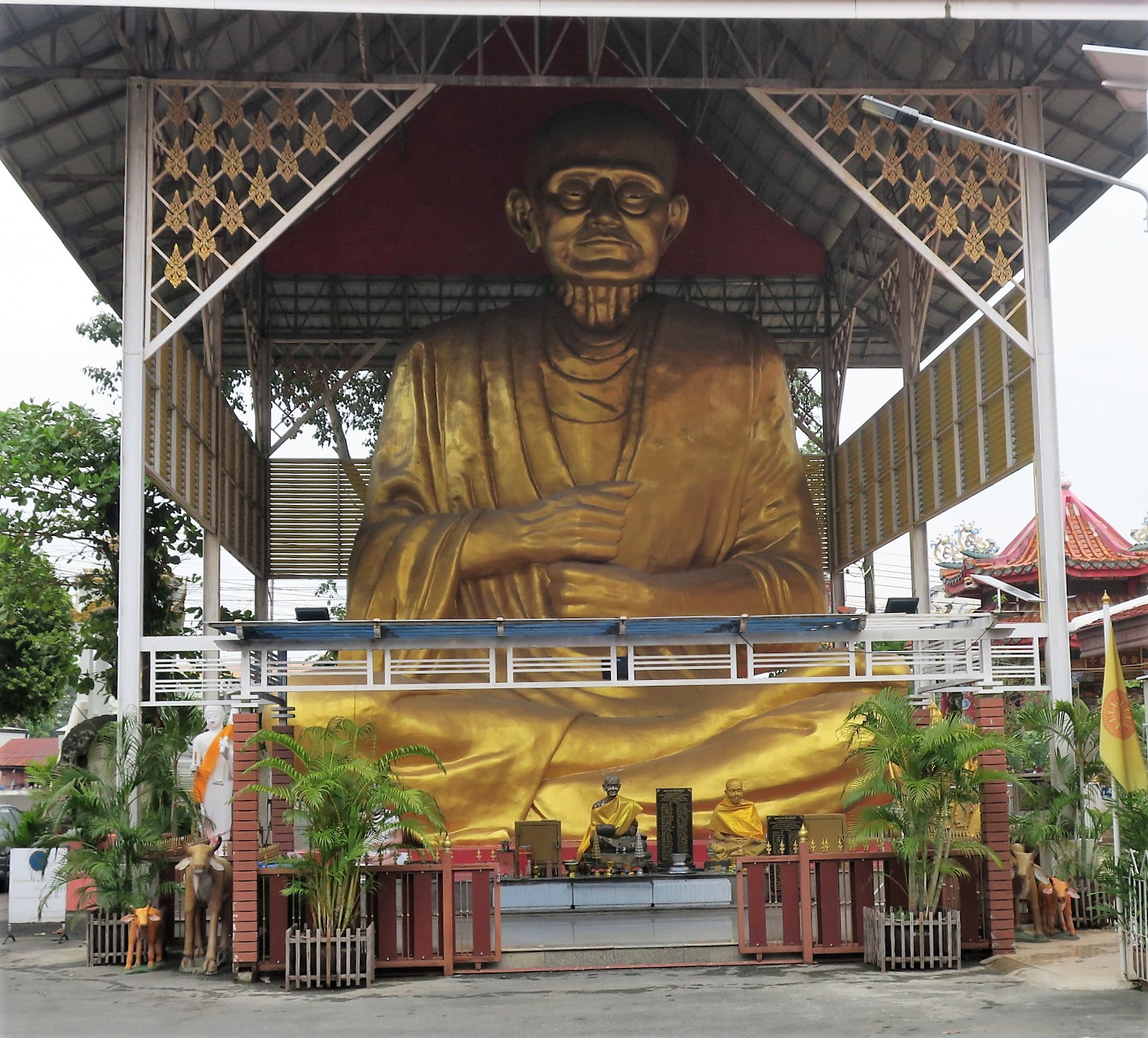 I didn’t mind the visit to a market for a quick look around. 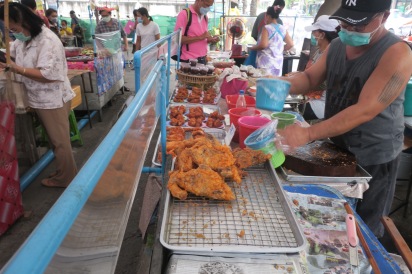 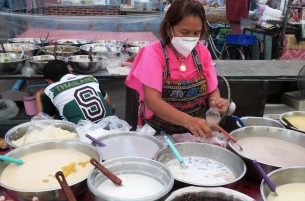 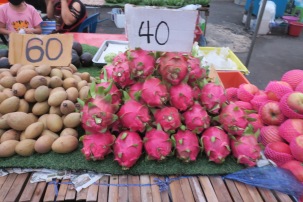 There were lots of things to see as we covered about 15 km (about 9.3miles) during the ride. Usually, I kept riding, but the sight of a guy fishing with a spear gun from a bridge made me stop.

The bike tour was everything I’d wanted.  I was able to better understand how most Thai people live in Bangkok and get some needed exercise at the same time.  Plus the bronze factory was fascinating.

If you go to the Thai capital, try a bike tour with By Bike or on of several other companies.  I think it will be enjoyable and educational.